I went to Almere because I wanted to buy new running shoes. My knees hurt so much while running and my current shoes are more than a year old. I don't ran a lot of km's, but you need to change shoes every two years at least. Unfortunately, the store where I usually buy my shoes was closed because it was Sunday. Most other stores were open, so I visited Primark, H & M and other stores. I wouldn't be me if I didn't buy something! 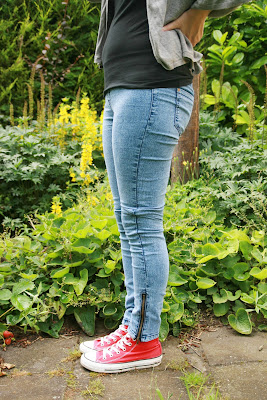 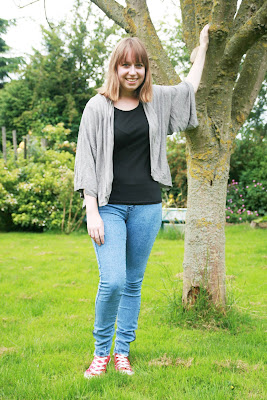 Primark has some items on sale, one of these was this jegging from € 5,-. It was originally € 13,-. Only problem is that the jegging is a little bit low when I duck. But € 5,- was too good to not buy these. 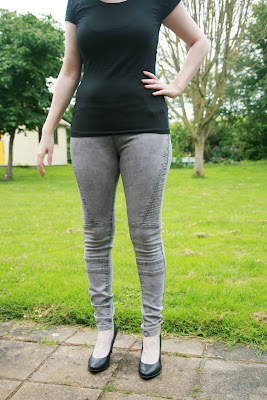 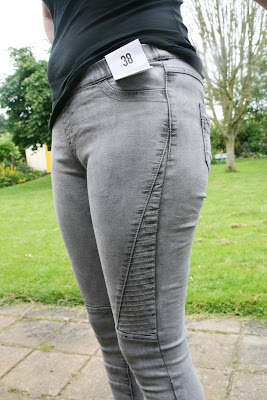 I thought these jeggings were priced of as well, but when I went to the cash register I found out it was still € 13,-. I was disappointed because I thought this jegging was € 5,- as well, but € 13,- is still super cheap. So I bought this one as well. I wanted jeans or jeggings like this for a long time. Because I think motorcross jeggings are cool. 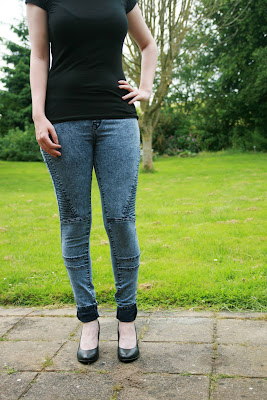 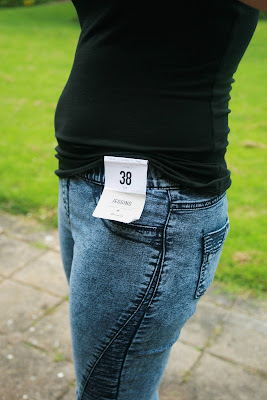 These motorcross jeggings were € 5,- as well. These were originally € 13,- as well, but they were on sale too. 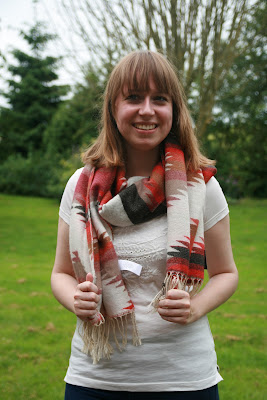 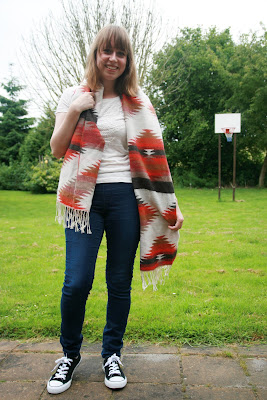 I saw this scarf and I knew I had to buy it. I would've regretted it if I hadn't bought it. I know, it's another aztec scarf. But I just really like the aztec print. Apparently especially with scarfs. The scarf was € 9,-. 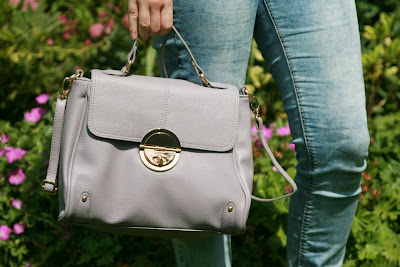 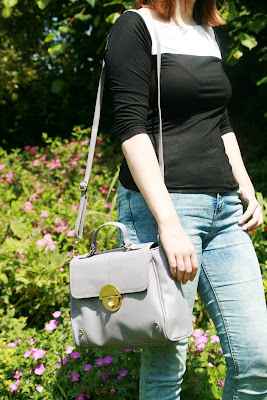 You normally only see me with my black bag. Everything is in it and you can combine black with everything. It's why I don't use an other bag every day. But I really liked this one and it was on sale for only € 8,45. It was 50 % cheaper. It's more purple in real life. 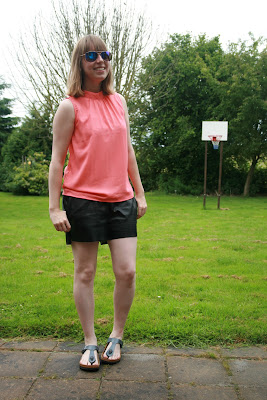 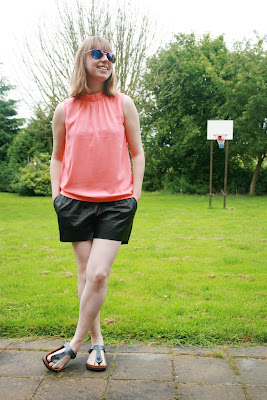 I also bought these amazing sunglasses at New Yorker. They were only € 9,95. I love pilot glasses and these glasses are so cool. Really diva like.
Author Unknown op 11:42 AM