Outfits of the week: Week 18

This week it was Kingsday, well on Monday to be exact, and I really looked forward to it. And it was really worth it! I bought four new blazers. 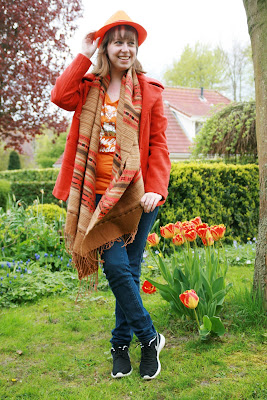 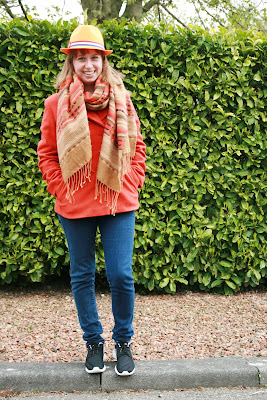 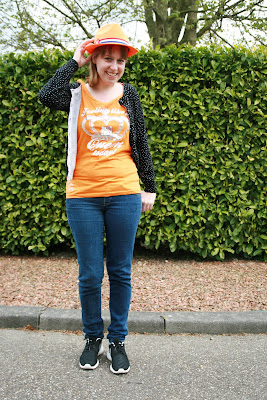 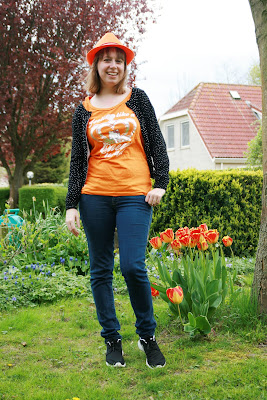 Orange Fever on Kingsday. It's a tradition to wear something orange (the name of the Dutch royal family, technically not anymore, but it reveres to the founding father of the Dutch royal family) and that's why I wore this orange shirt with Hello Kitty (old) on it. My mom bought the shirt last year, but I had to work last year so I couldn't go. I wore an orange hat from DE (old) which my sisters got several years ago when the holiday was still called Queensday (the holiday was also on April 30th, since we still had a queen and now we have a king as monarch). I also wore my brown with orange scarf from H & M because it was quite chilly. There was a huge chance it would rain, but luckily it didn't. There was sun which made it less cold, but the wind and clouds made it quite chilly at times. So I wanted to wear a winter coat (!) at the end of April, so sad. But I really wanted to wear an orange coat and for a second I forgot this coat from Steps. I didn't think of it at first, because I feared it would be too cold. But luckily it wasn't. So an orange coat, hat, T-shirt and a scarf with orange stripes. Lots of orange! I thought orange pants and an orange vest would be pushing it, so I wore my black polkadot vest from H & M. I paired it with my old H & M jeans and combined them with my oh so comfy shoes from Footlocker: Nike Roshe Runs. 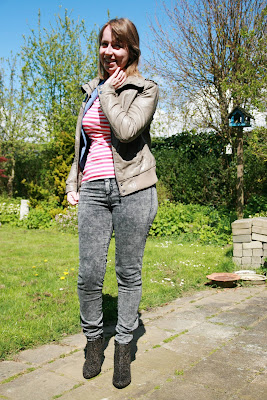 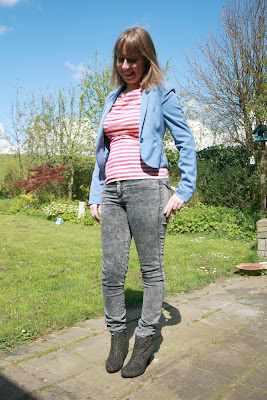 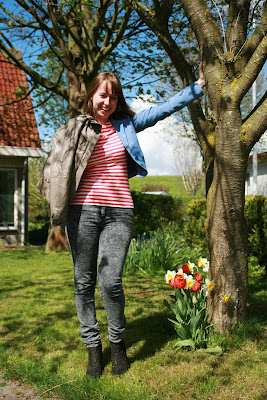 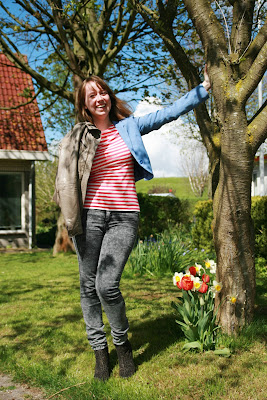 On Kingsday, the day after I wore one of my new blazers which I bought at Kingsday. I combined it with my faux leather jacket which I got from my sister, my striped top from H & M (old) and my grey high waisted jeans from Bershka. As cherry on the cake I wore my leopard ankle boots from Miss Etam. 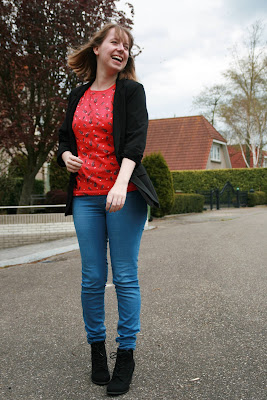 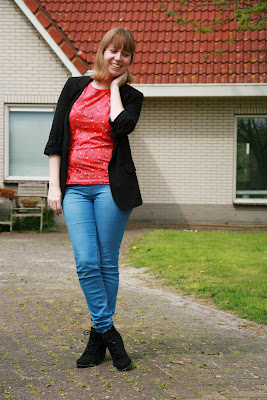 On Wednesday I felt like wearing my red pineapple T-shirt from Primark again. I paired the T-shirt with my first blazer ever from C & A (old) and my tregging from C & A. The boots are from Van Haren.
Author Unknown op 3:53 PM