April 27, 2015. My first Kingsday! It was the second Kingsday, but I had to work in 2014. When it was still called Queensday (which is the same holiday, but we now have a king as monarch, hence the change) I was in London in 2012 and in Rome in 2013. So the last Queensday/Kingsday I attended was in 2011. So I really wanted to again. I went to Amsterdam with my sisters, mother and aunt. And it was an amazing day! 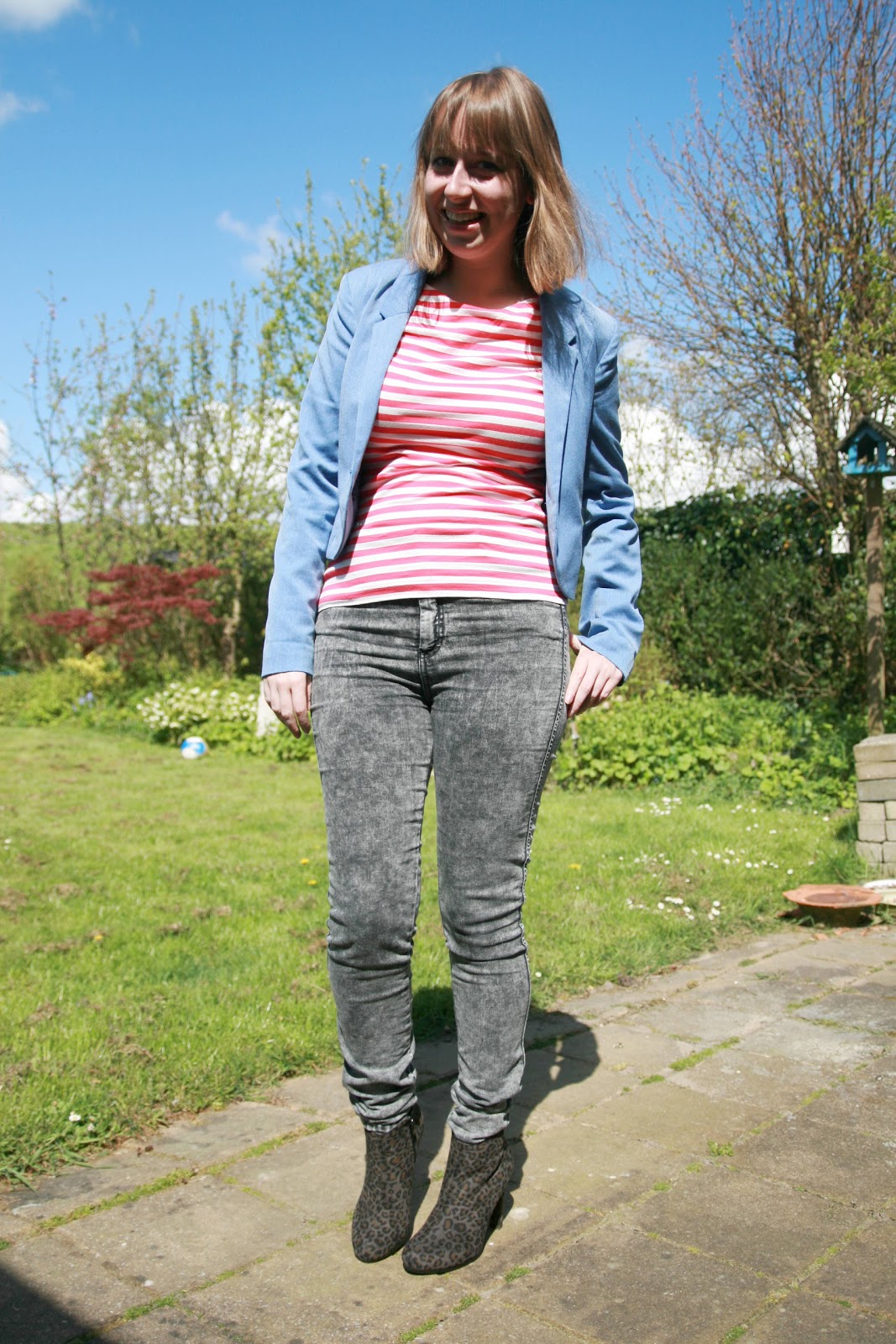 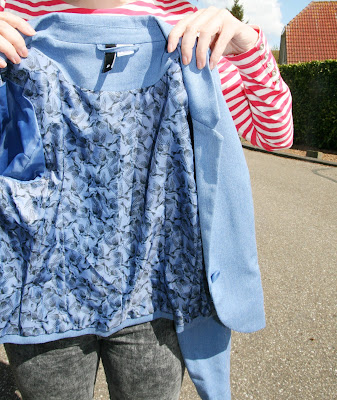 On Kingsday there are a lot of activities and festivals, but there is also a flea market. People sell their old stuff for lovely prices. You can find amazing things, but there is also a lot of junk. Though some people will be very happy with the junk. You can also buy a ton of food and you can spot a lot of people in orange clothes. The flea market in Amsterdam is one of the biggest in the Netherlands. That's why I went there. I bought four 'new' blazers at the flea market. This is the first one I spotted. It was originally from Divided from H & M and it was only € 4,-. 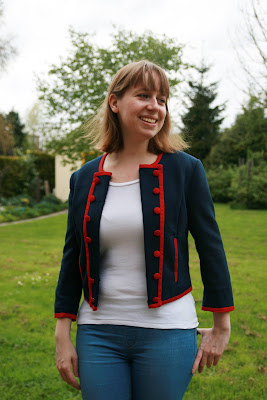 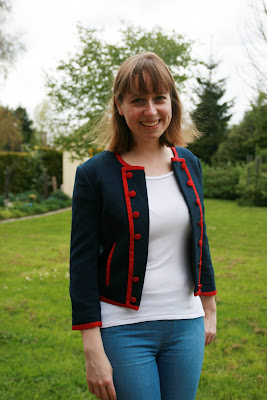 Fun fact: this blazer was from H & M and I can remember trying it on all those years ago. If I remember correctly, this blazer was also available in red with blue. I tried both versions years ago, but didn't buy them because I thought they were too expensive. And now I bought the blue with red version for only € 2,-! I love flea markets! 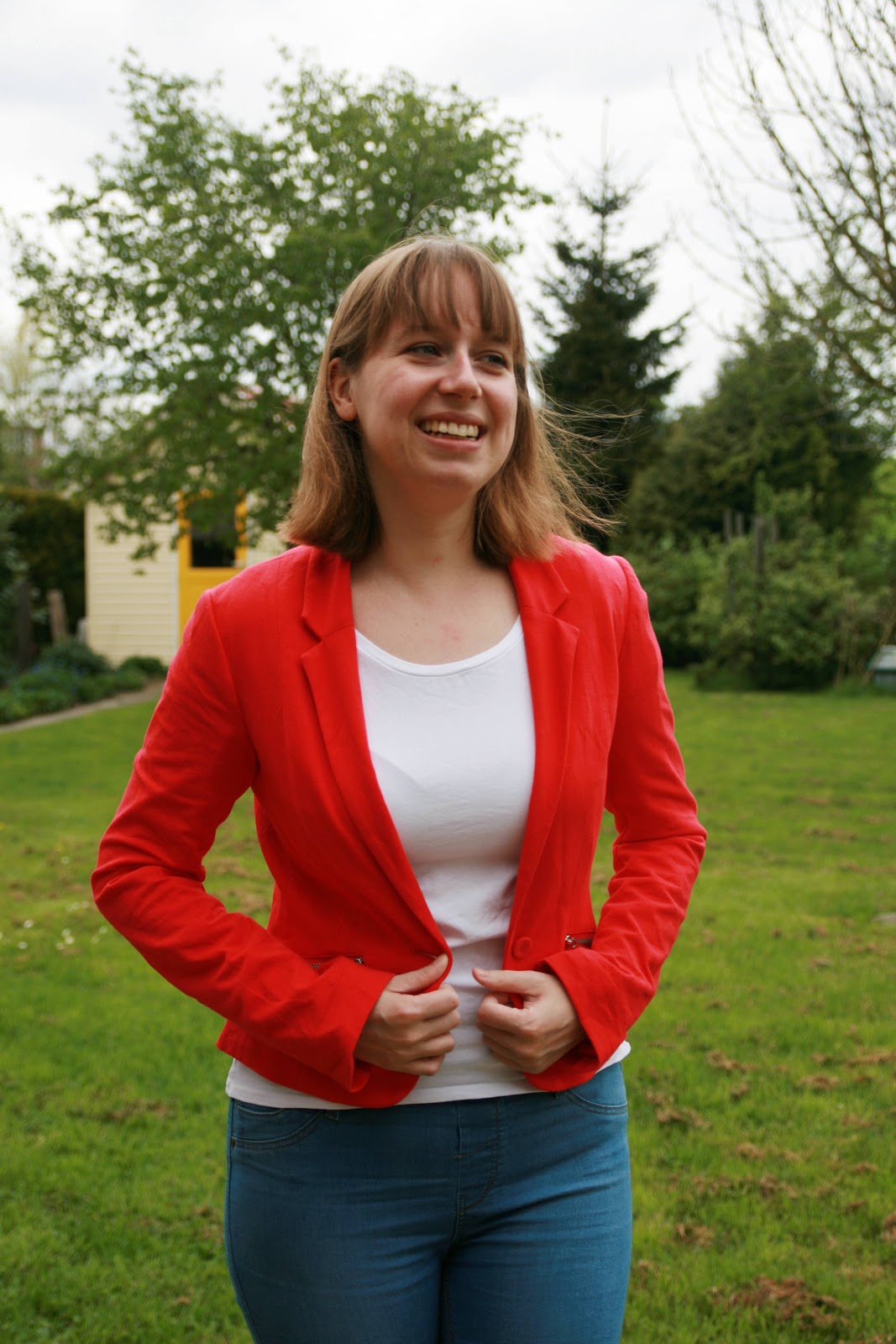 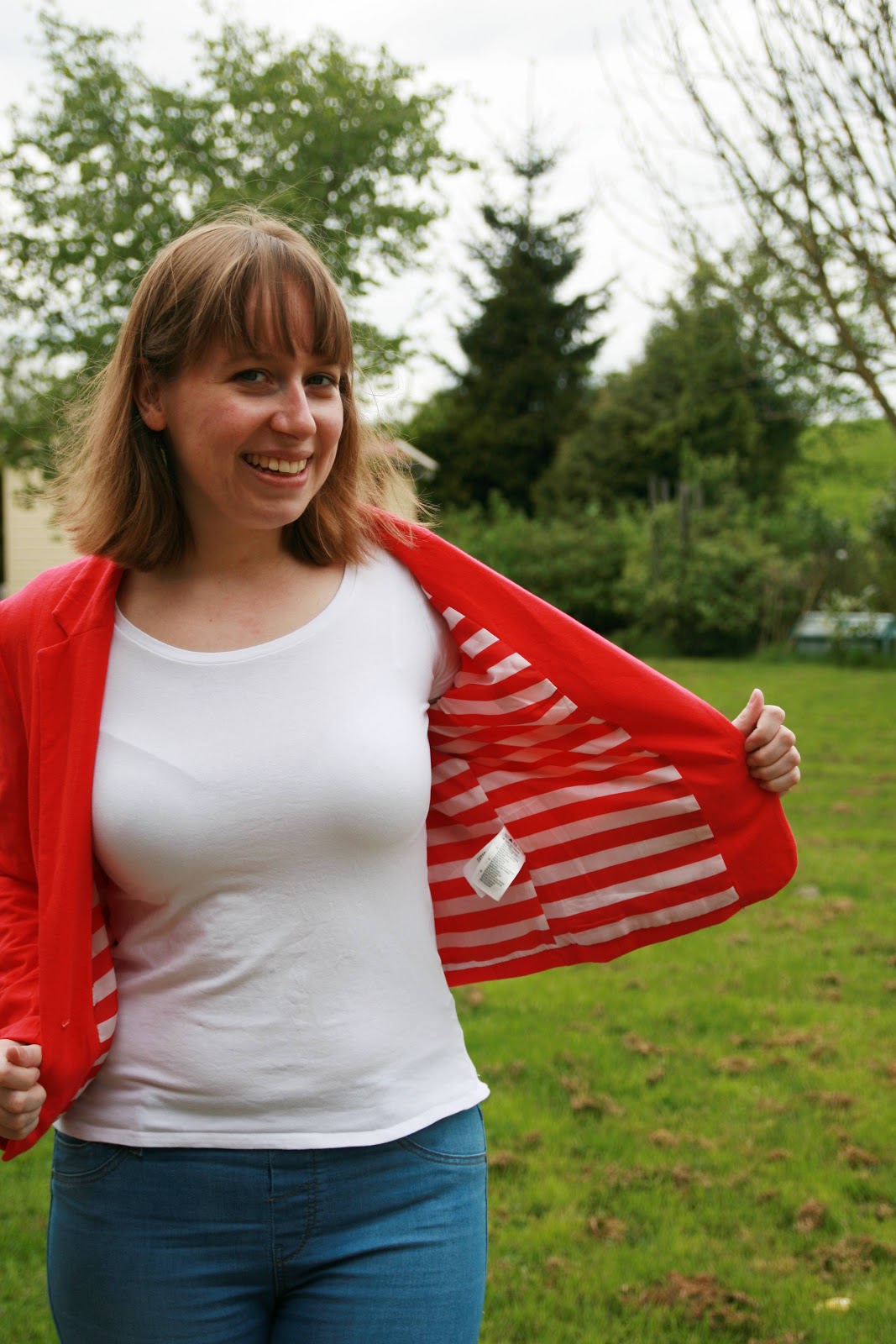 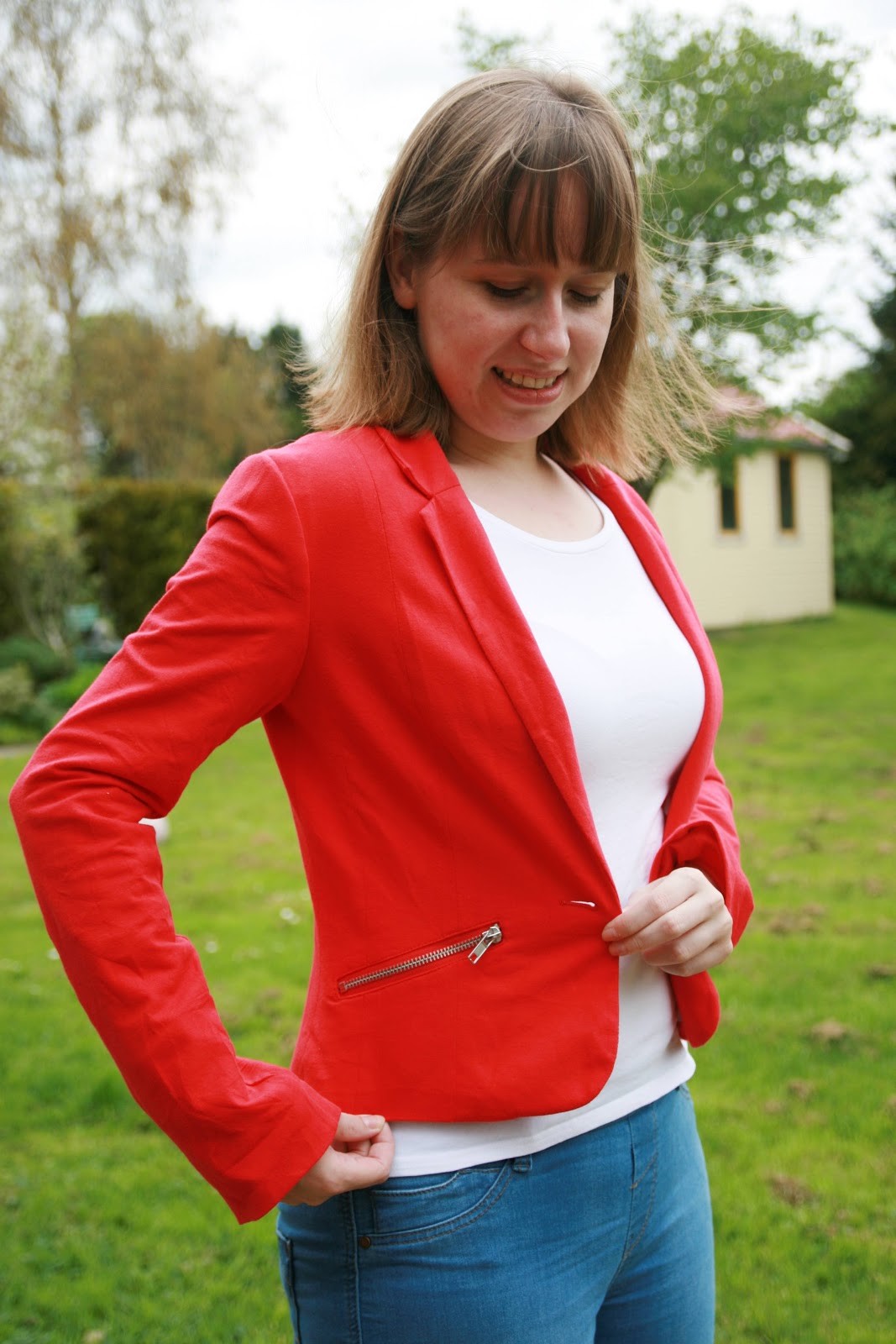 I love blazers (in this color and any color) and I wanted a blazer with zippers on the side for a long time now. This blazer was, surprise surprise, from H & M as well. It was from the Divided collection. And the price was really lovely, only € 4,-! 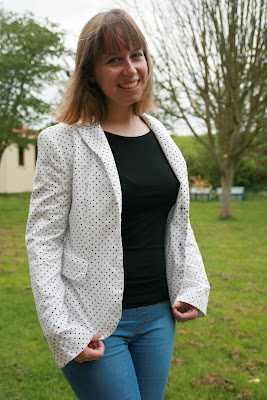 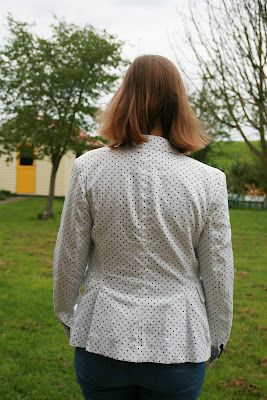 I spotted this amazing polkadot blazer. It was originally from Zara. I payed € 5,- and I'm sure it was originally far more expensive. It was a very successful and nice day. I bought four blazer for less than € 20,-! It was an awesome day and though it was predicted it would be cold and there would be a lot of rain, it wasn't that bad. Yes, sometimes it was quite chilly. But there was no rain! I can't wait till next year, even though I need to find extra room in my closet before then.
Author Unknown op 1:45 PM