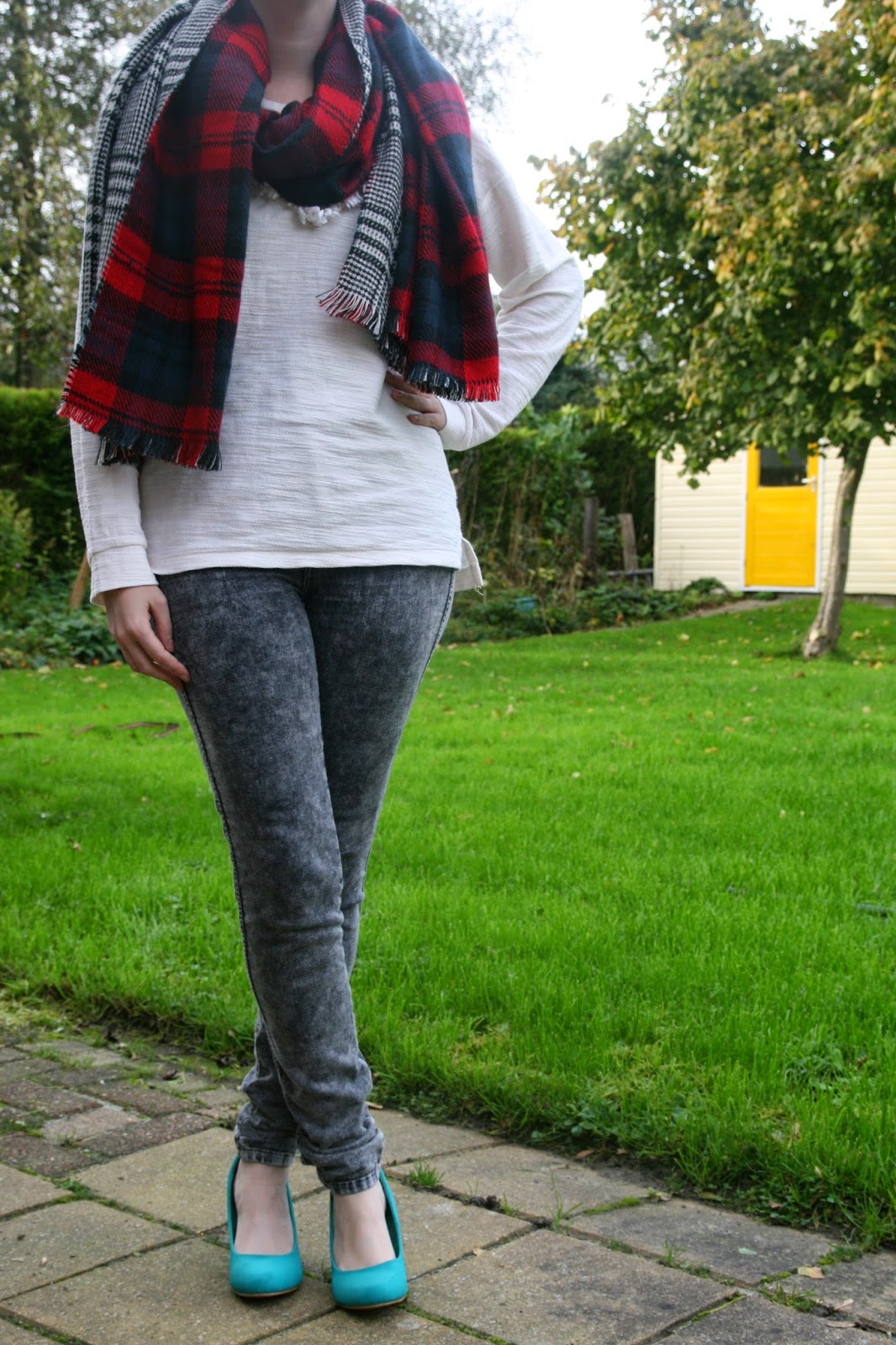 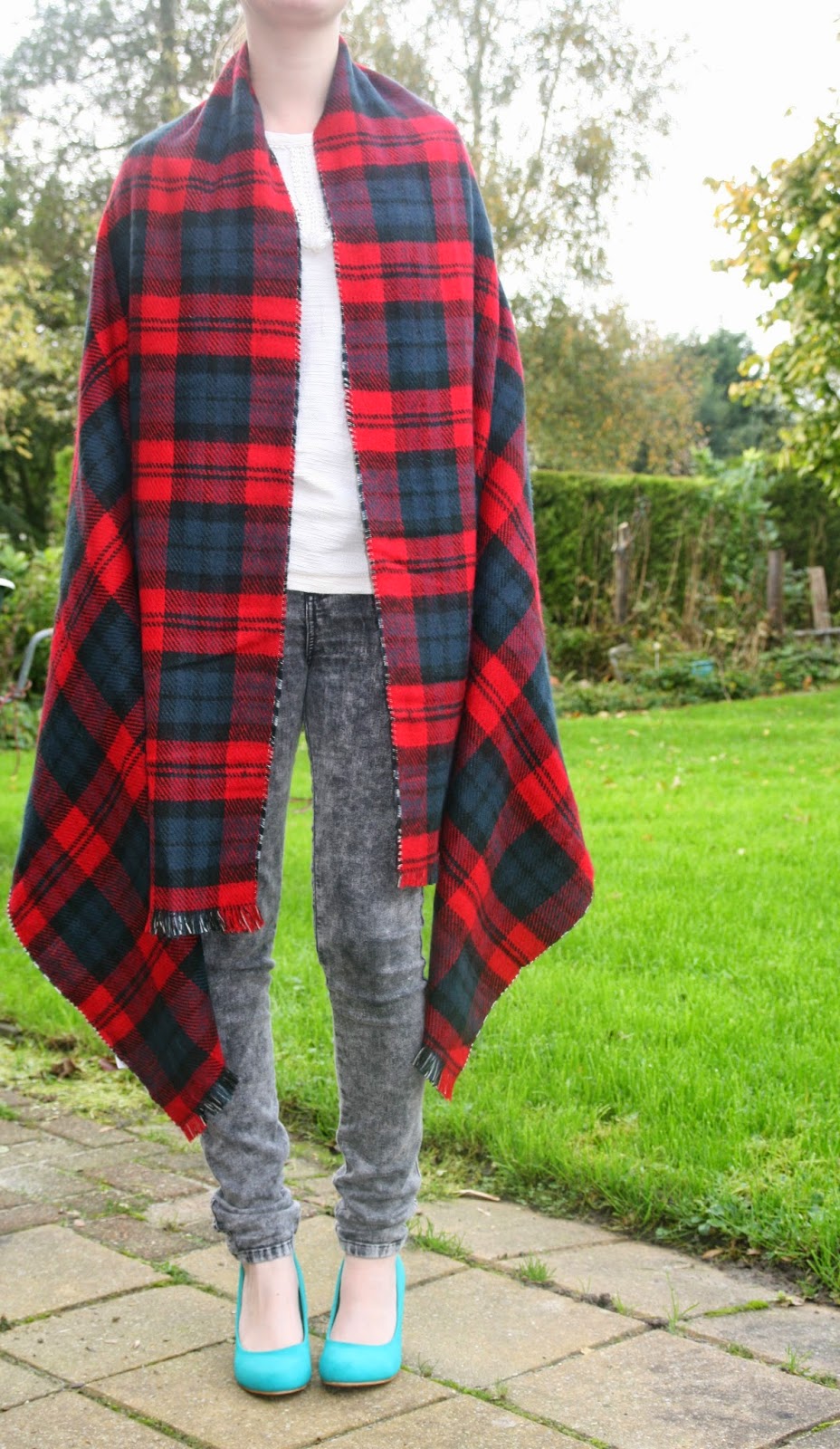 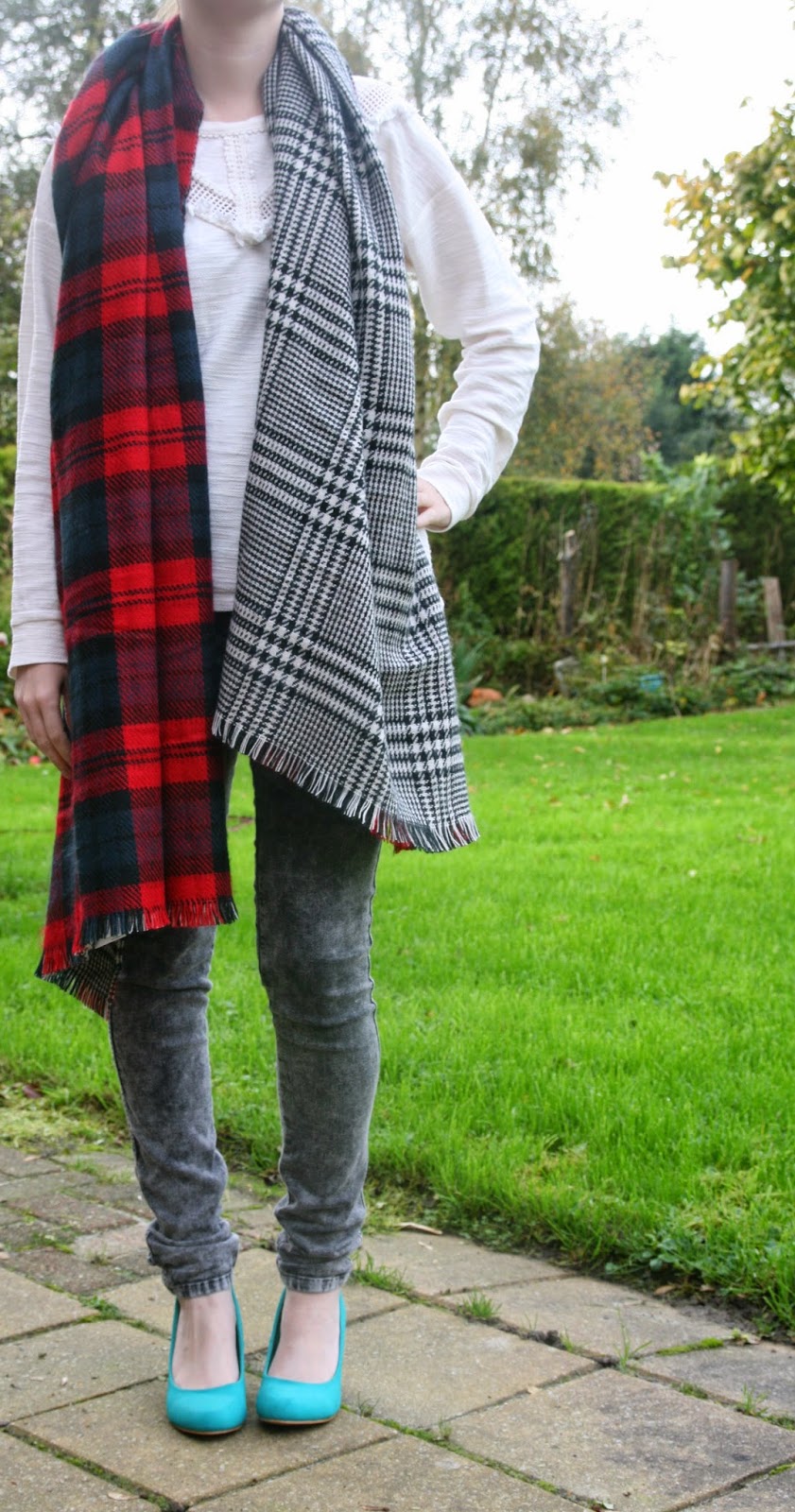 I wrote a lot about scarf's this month. I wanted a big scarf with tartan on one side and houndstooth on the other. Zara had that scarf last year, Primark has the scarf this year and it's affordable. Unfortunately it was completely sold out when I went to Primark in Almere. I also heard Primark sold Harry Potter T-shirts with the logo's of different houses. Like this one. I'm a huge Harry Potter fan, so I desperately wanted one of these T-shirts. However, they were out of stock as well. I was a bit sad and I didn't like the rest of the collection from Primark either. But my mom suggested we would enter every store until we found the scarf I was searching for. We first looked at Coolcat and I usually don't come there. And I realised again why. I don't like their clothes. And the scarf wasn't there either. Then my mom suggested we would go to MS Mode. I don't come there either, but lo and behold my scarf was there. I couldn't believe it! It was the only one and it was € 17,99. I think it's definitely worth it, since the scarf is very big, warm and I love it! 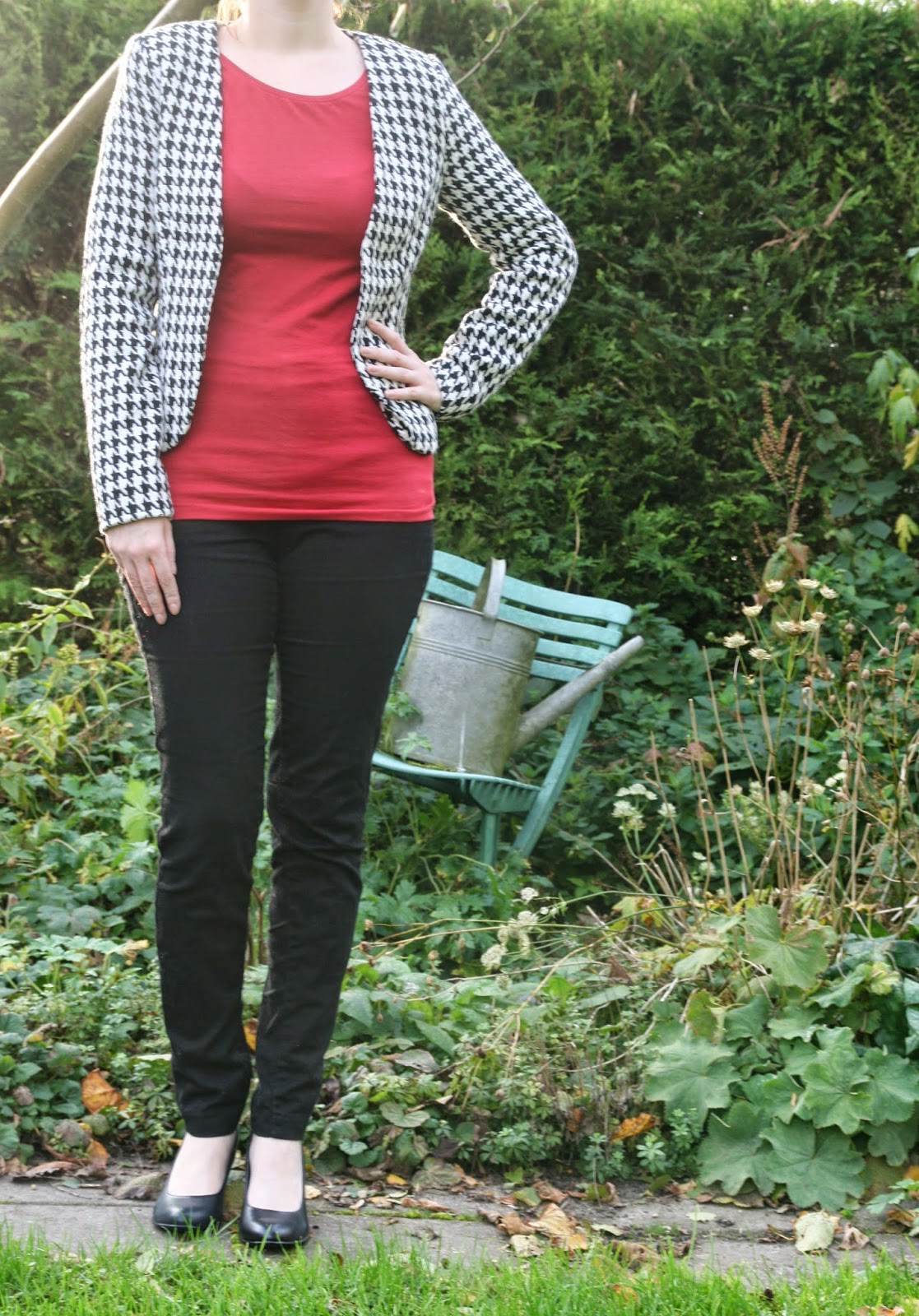 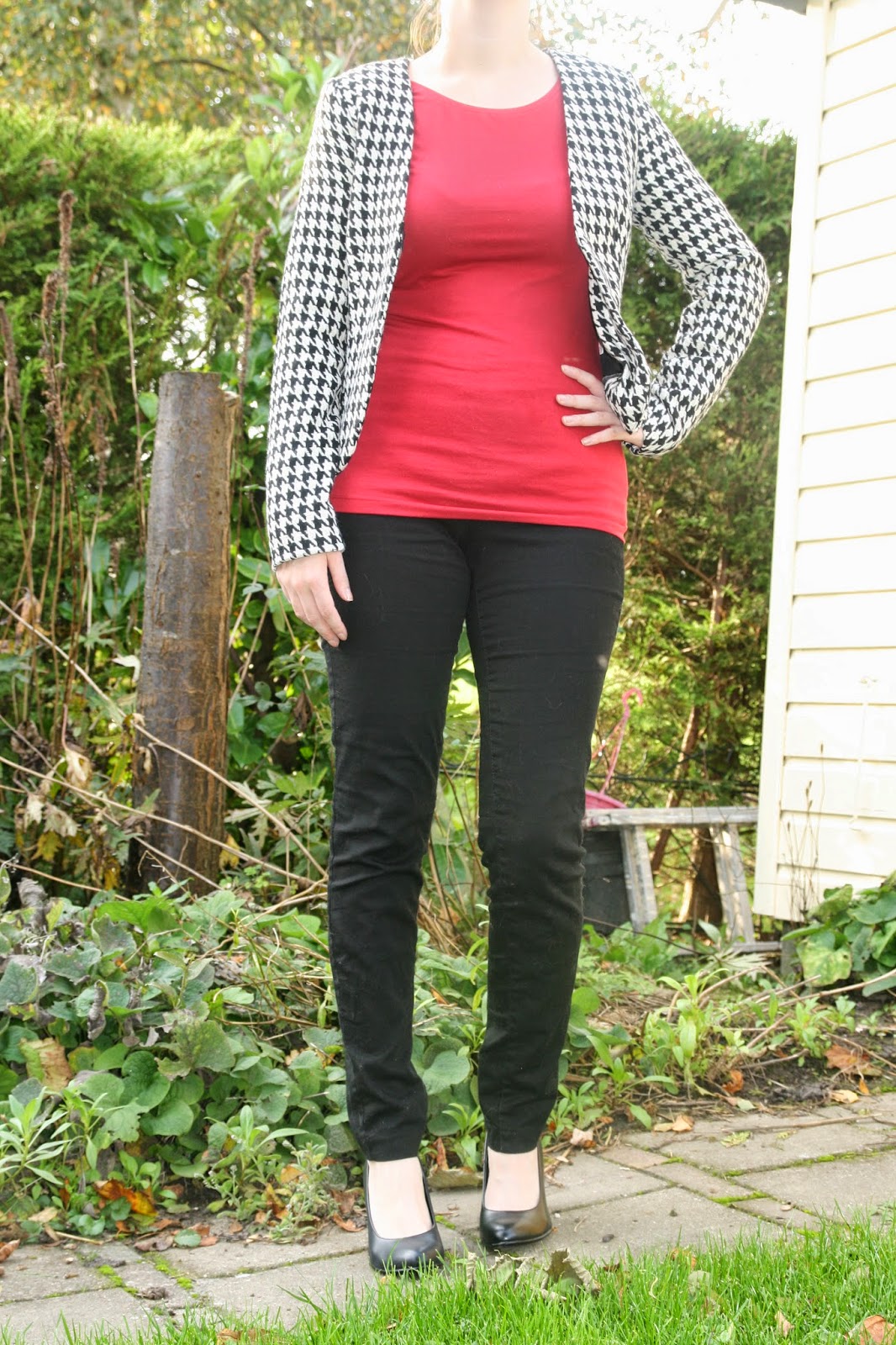 I have to confess, I had no idea houndstooth was so trendy this season! I thought it was only seen on scarf and jackets/coats. But it's kinda every where. I fell in love with this Only houndstooth blazer when I saw it. It was € 39,95. A little bit more expensive than I usually buy, even though € 40,- for a blazer is not expensive. But I usually buy them cheaper. I liked this blazer and houndstooth is something you can always wear, even when it's not trendy. 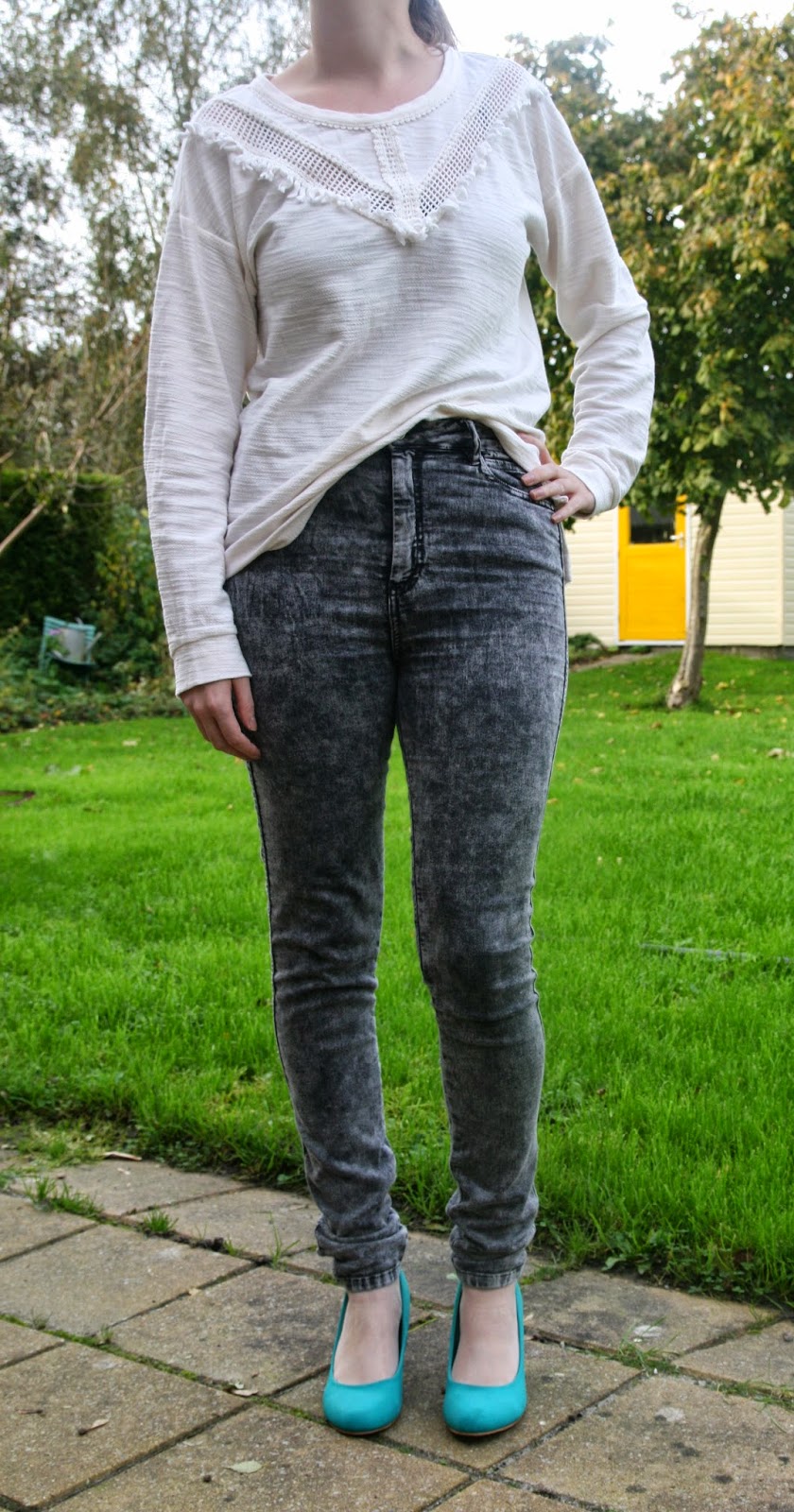 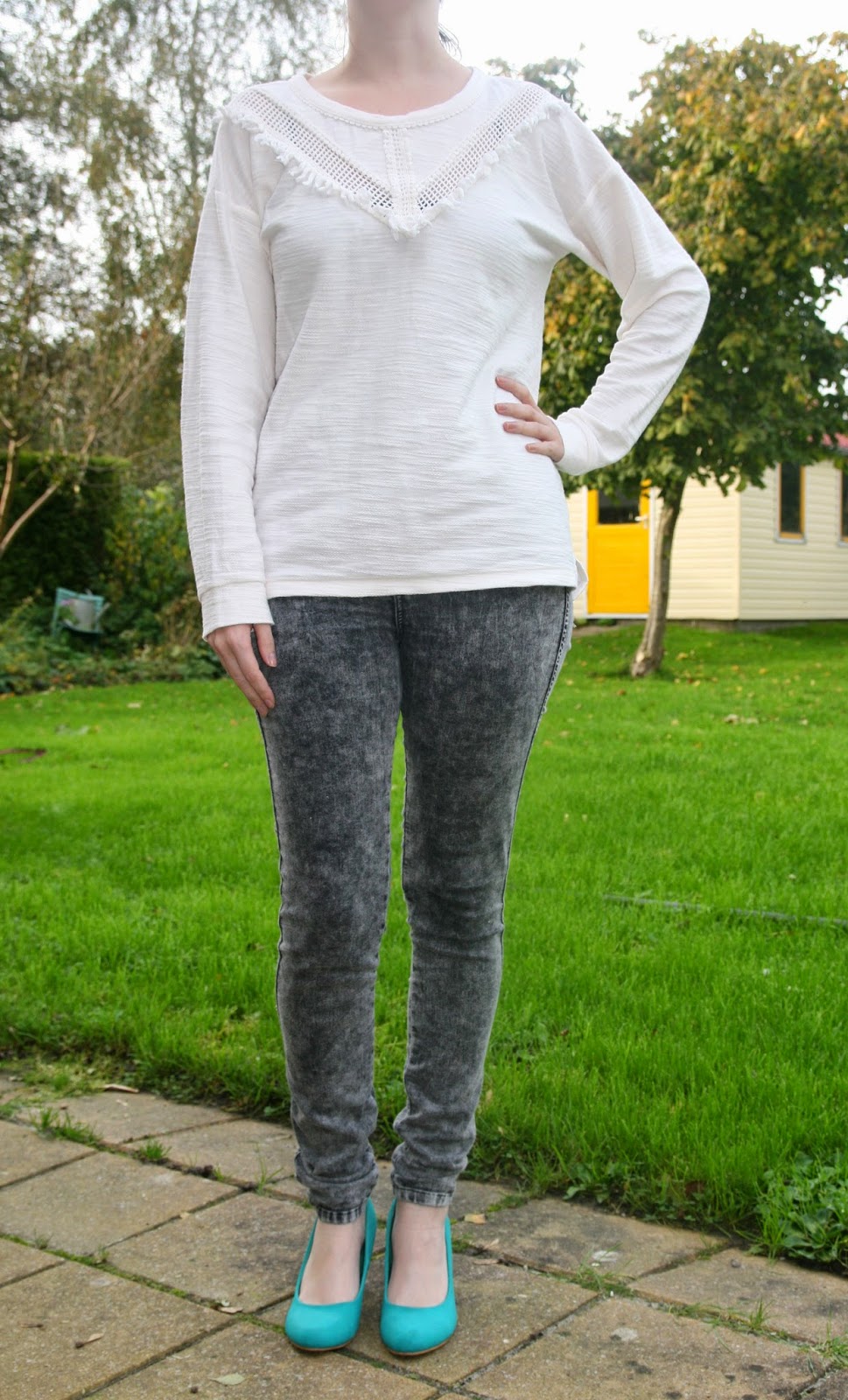 I bought these greyish 'used' or 'washed' high waisted jeans at Bershka. The jeans were € 24,99. They're a darker version of these. I bought the lighter version in July and these jeans are so comfy. I wanted to buy them in another colour, because I remembered the jeans were in other colours as well. I didn't own greyish or washed (high waisted) jeans. I wanted them for a while now and these are super comfy so I'm happy!
Author Unknown op 11:04 PM