Outfits of the week: Week 35

The idea that I've been blogging for over a year is strange. Just like the idea that this blog will be a year old within a few weeks. It feels like I just started blogging. But enough reminiscing, I'll cross that bridge when the time is there. This definitely is the end of August. The weather this month was colder than usual in August. It felt like an early fall. But this has happened the last few years and the beginning of the fall was mostly good. Lets hope that this year it will be the same. 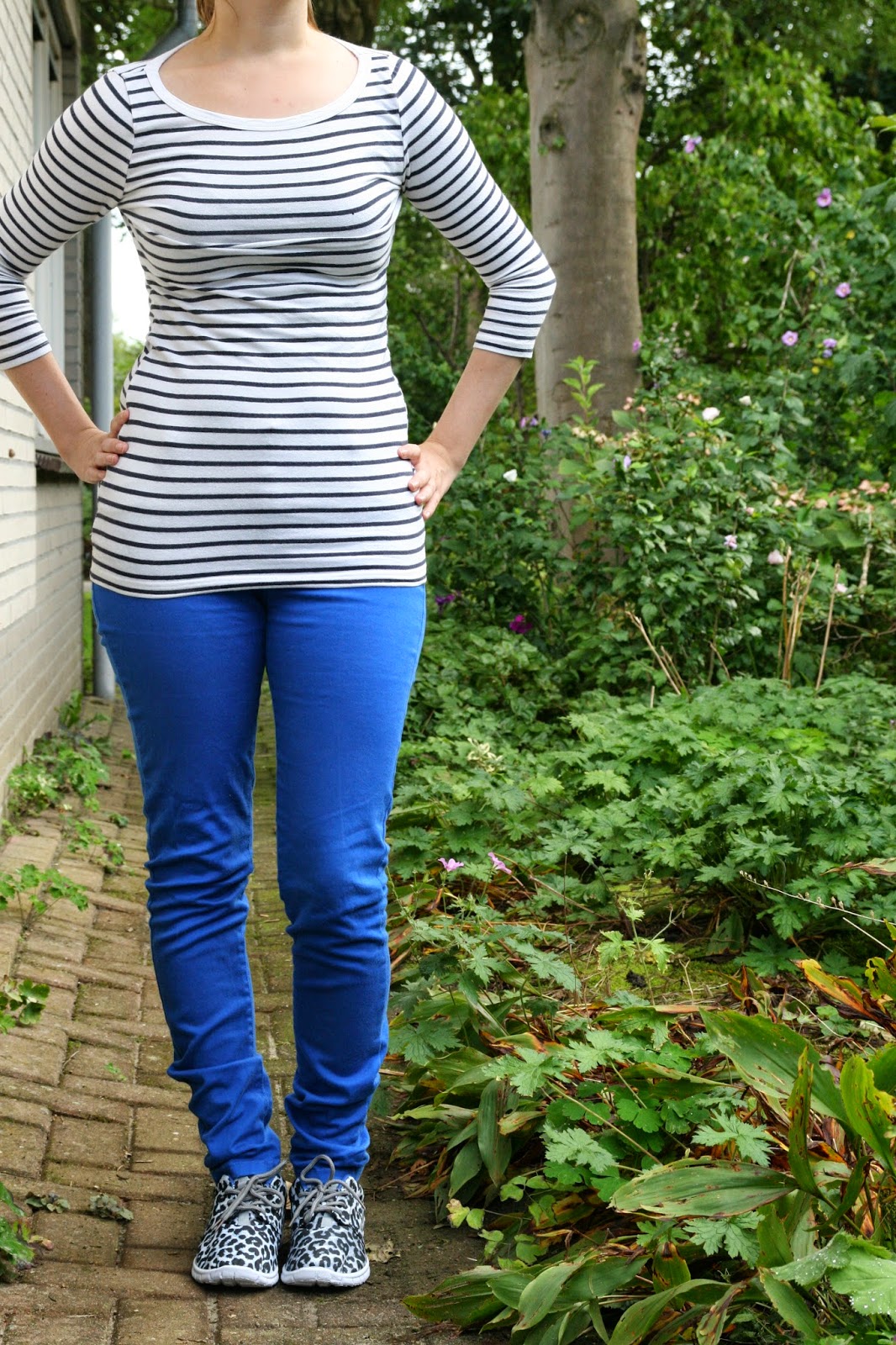 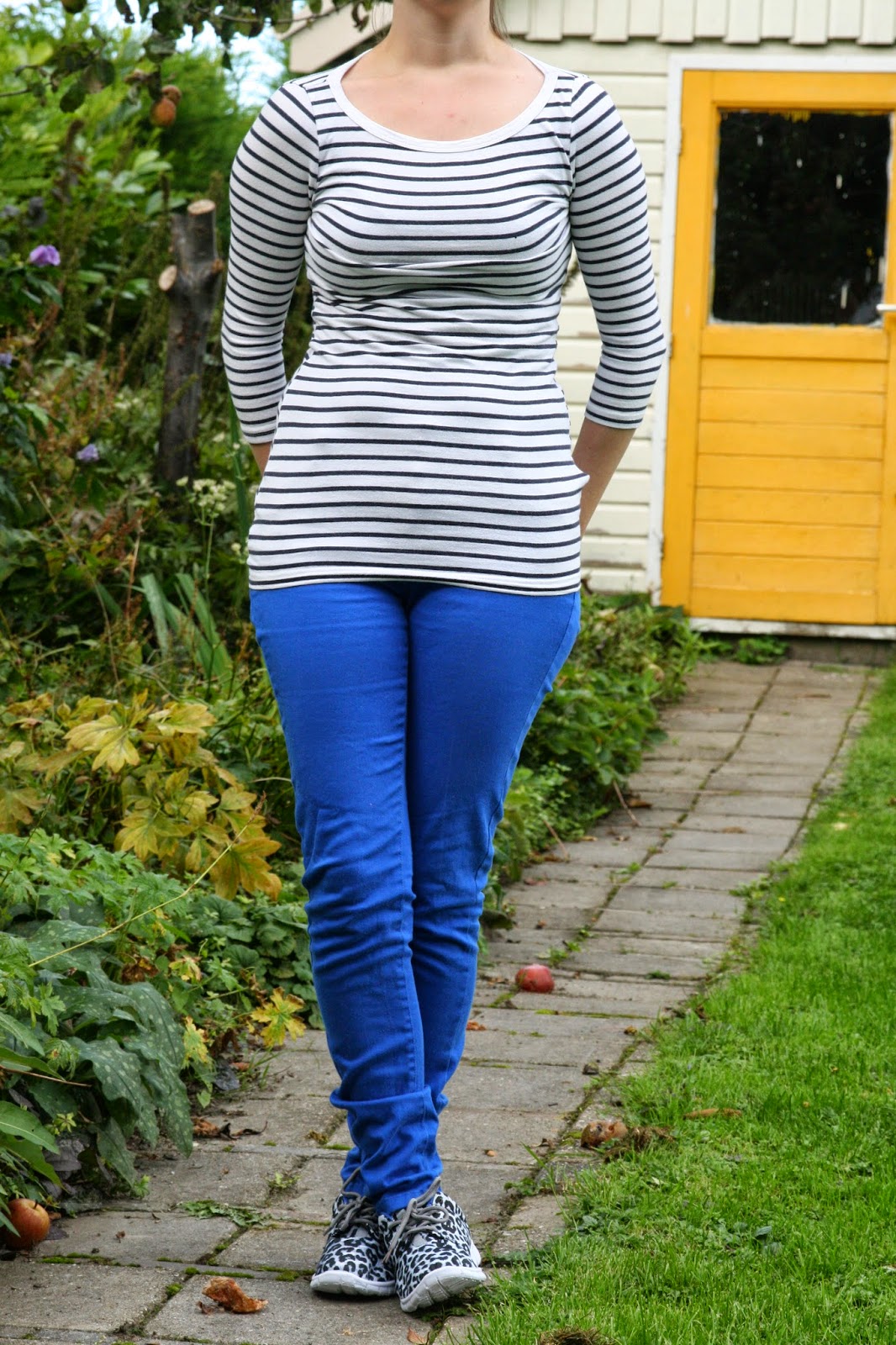 On this fall day I wore a striped shirt from Vero Moda which I bought several years ago. I used to wear it all the time. It's still a favourite of mine, even though I don't wear it that often any more. The blue jeans are from Primark, which I bought two years ago. And remember the sneakers from Scapino? I bought them all the way back in June, which sounds like ages ago. 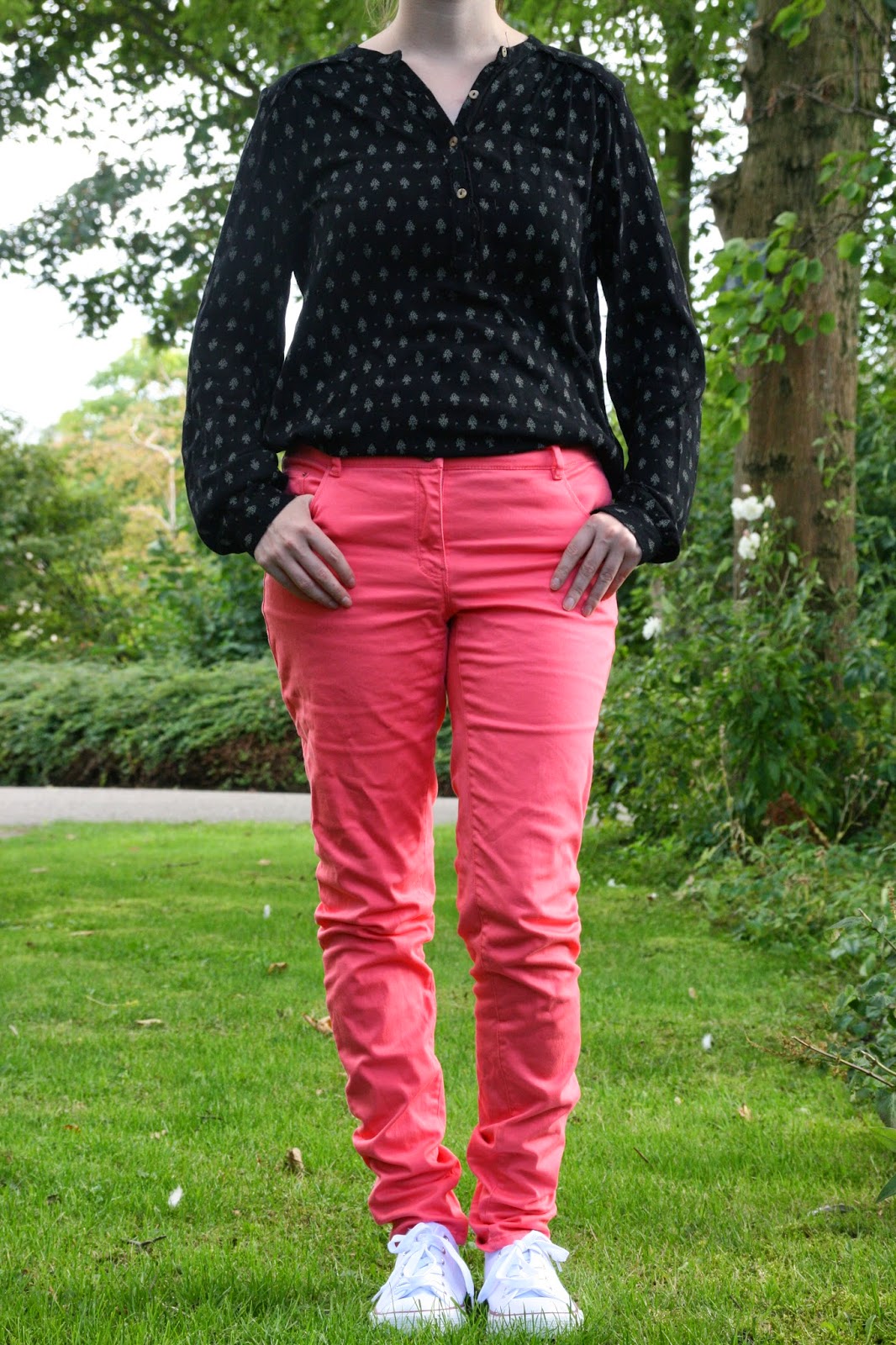 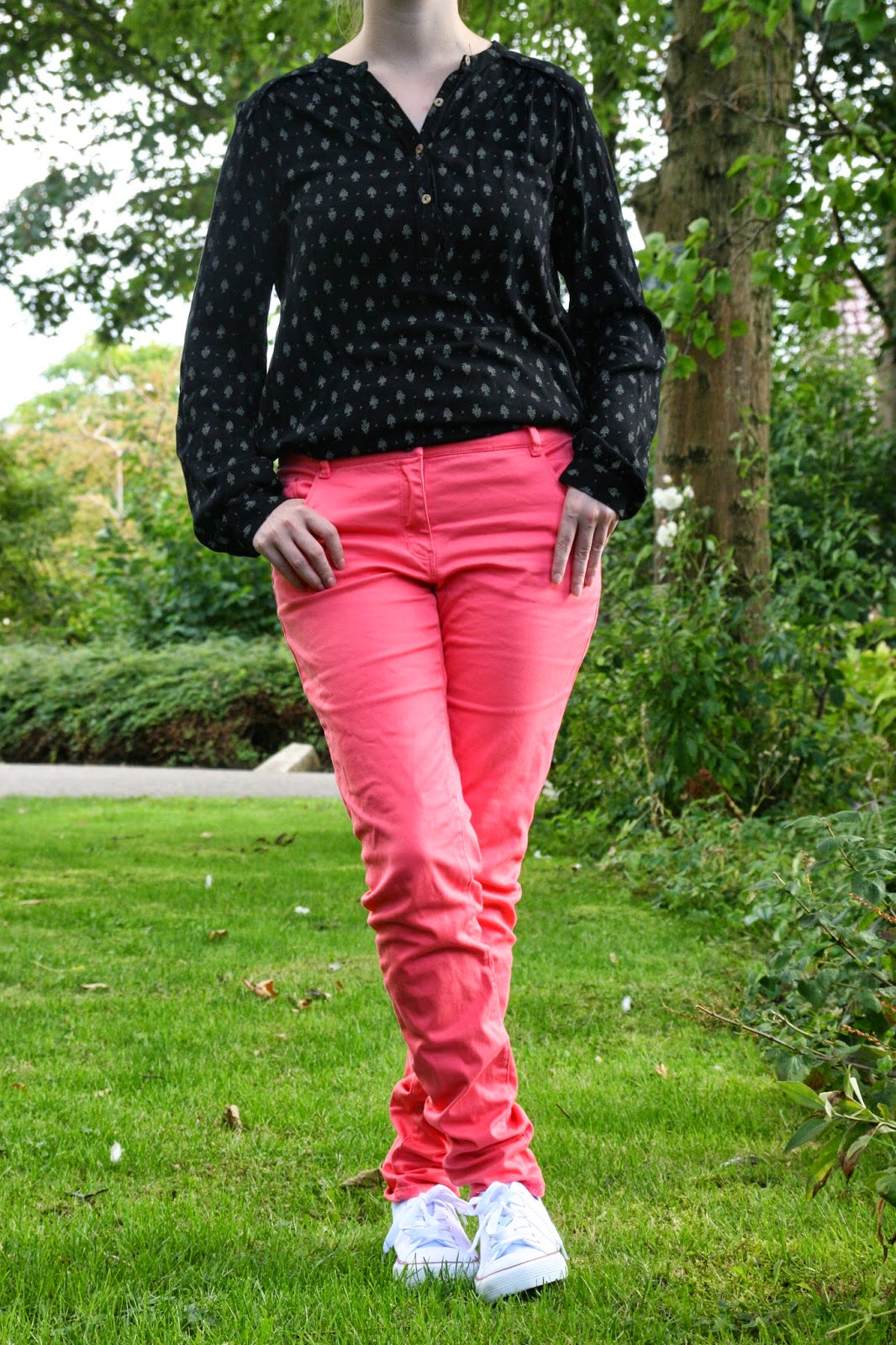 These pants from H & M (old) look way too long for me. Which they are, but that's the downside of being short. Most of my pants are way too long. I don't want to go to a tailor and buying a size smaller isn't an option. Sometimes you have jeans which have several size in length. These jeans weren't one of them. The blouse is from H & M as well. 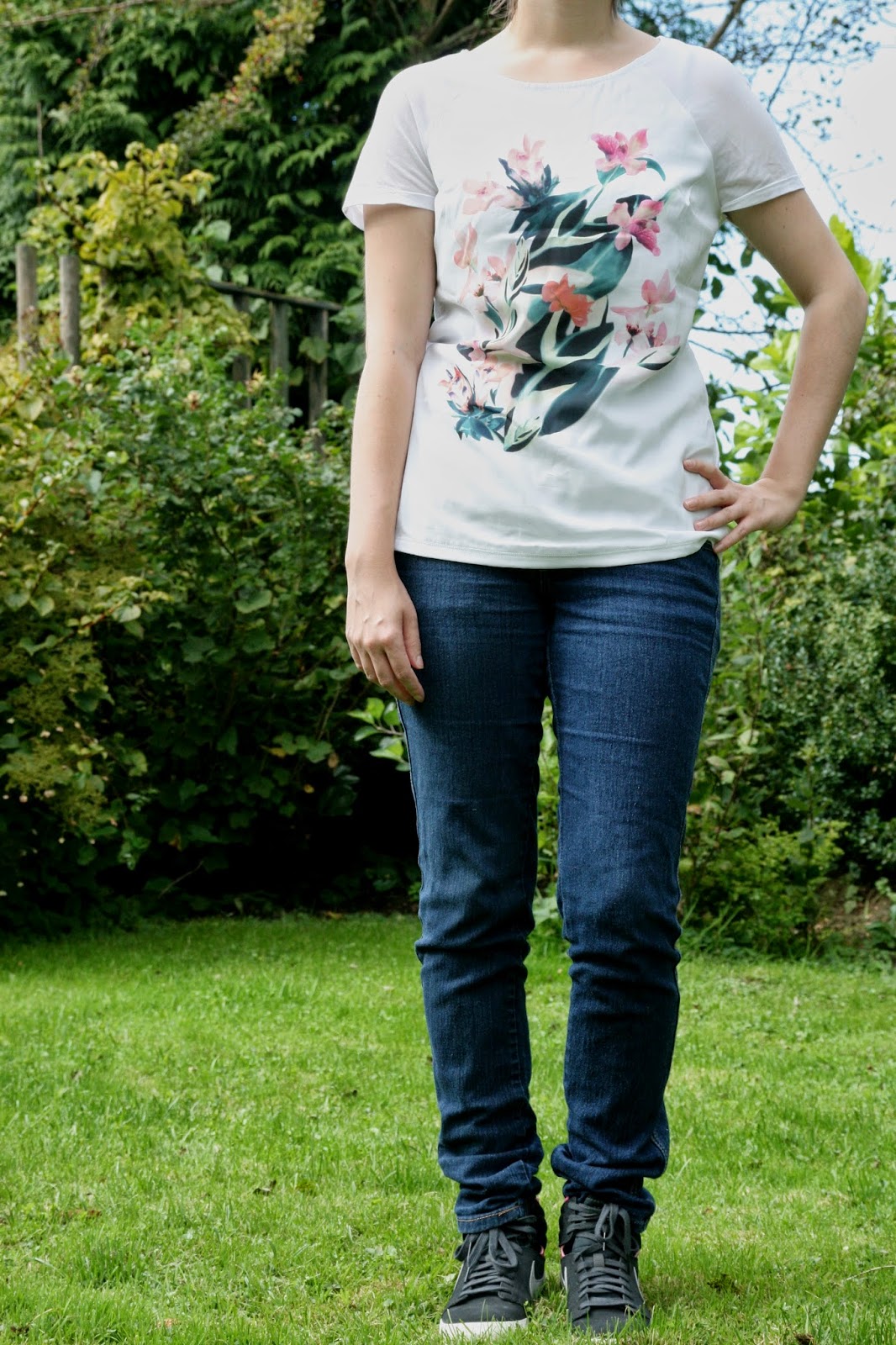 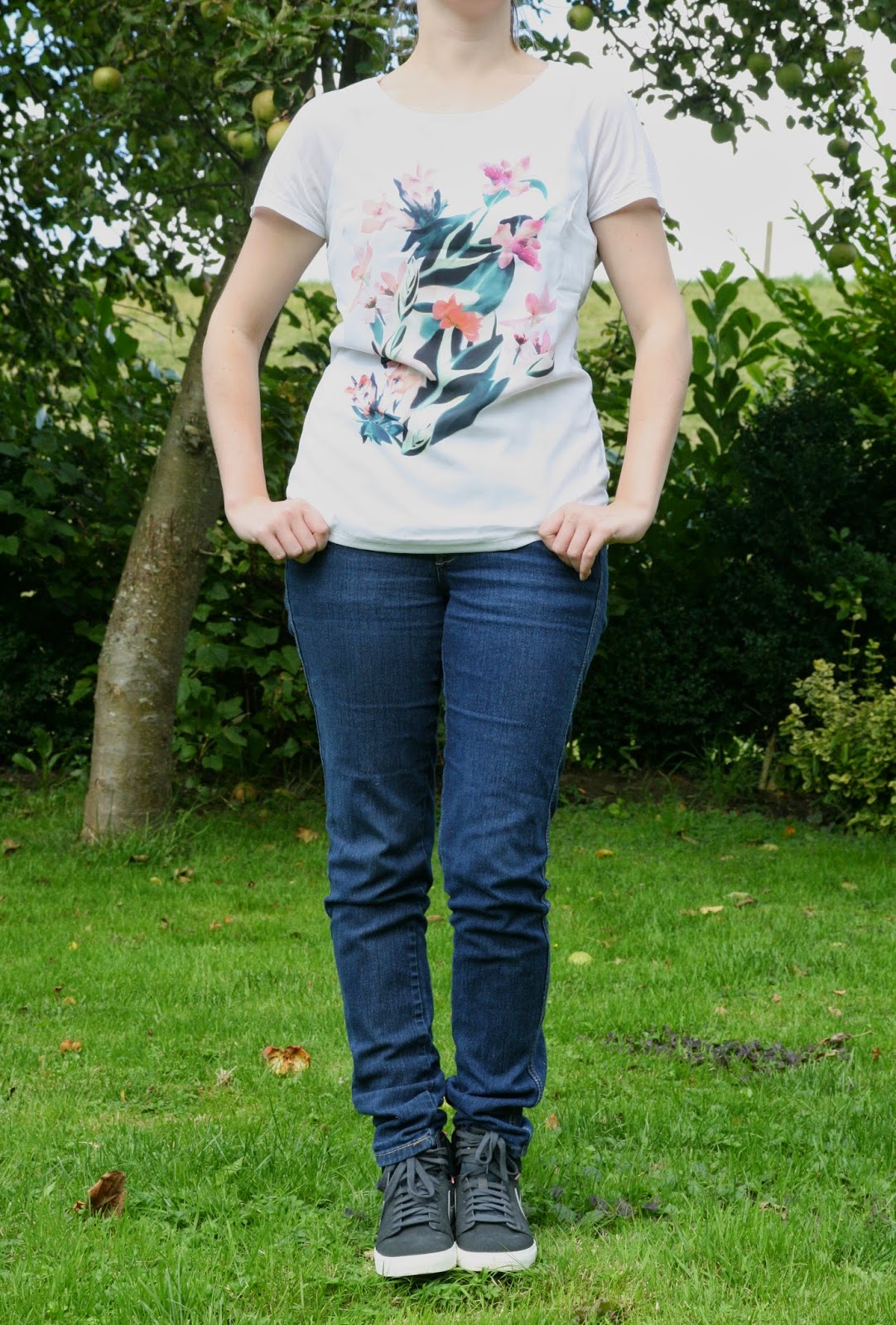 I'm wearing a T-shirt from H & M here, but it was actually too cold for just a T-shirt. I paired it with some old jeans from H & M and my Nike's. 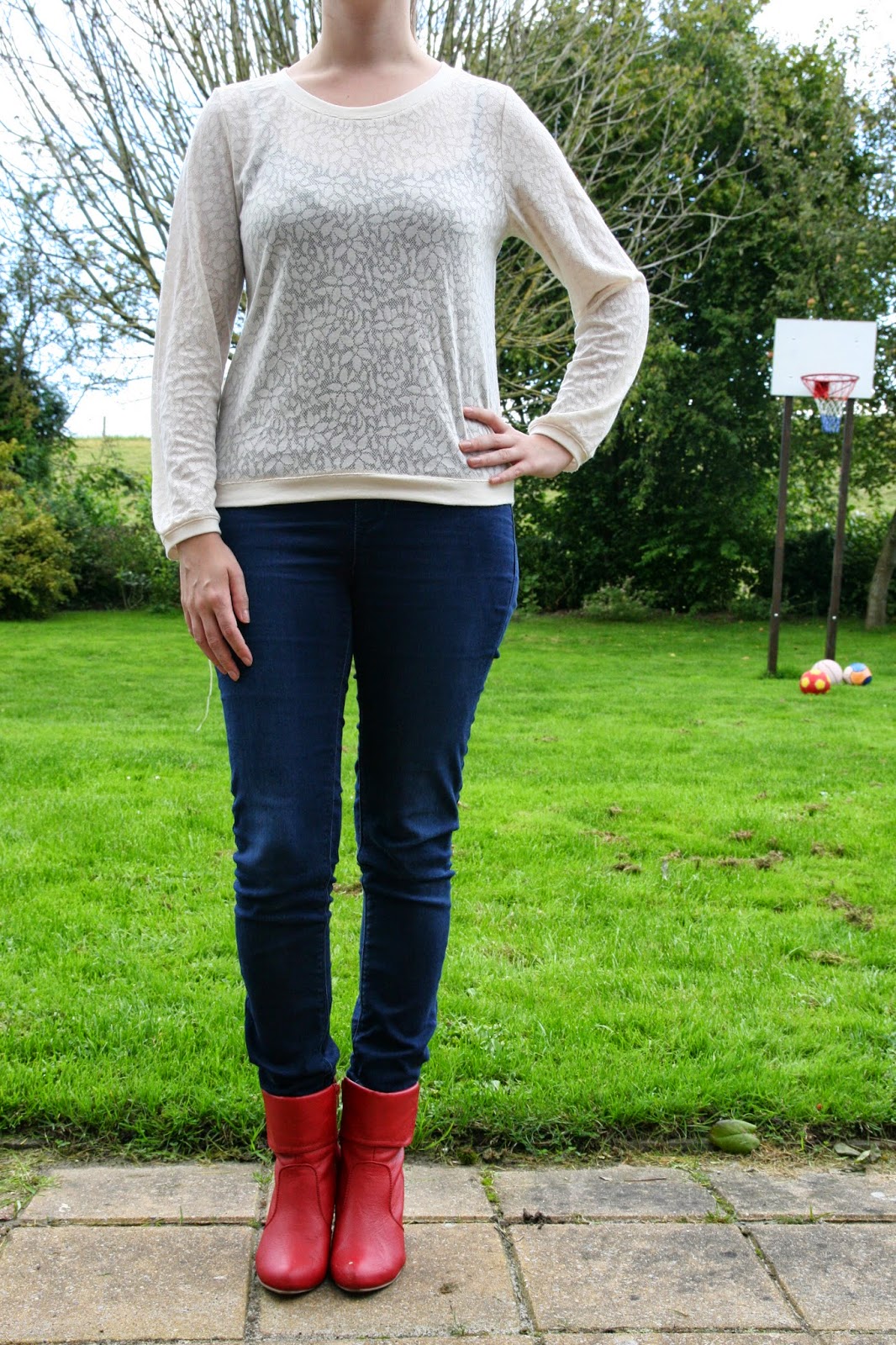 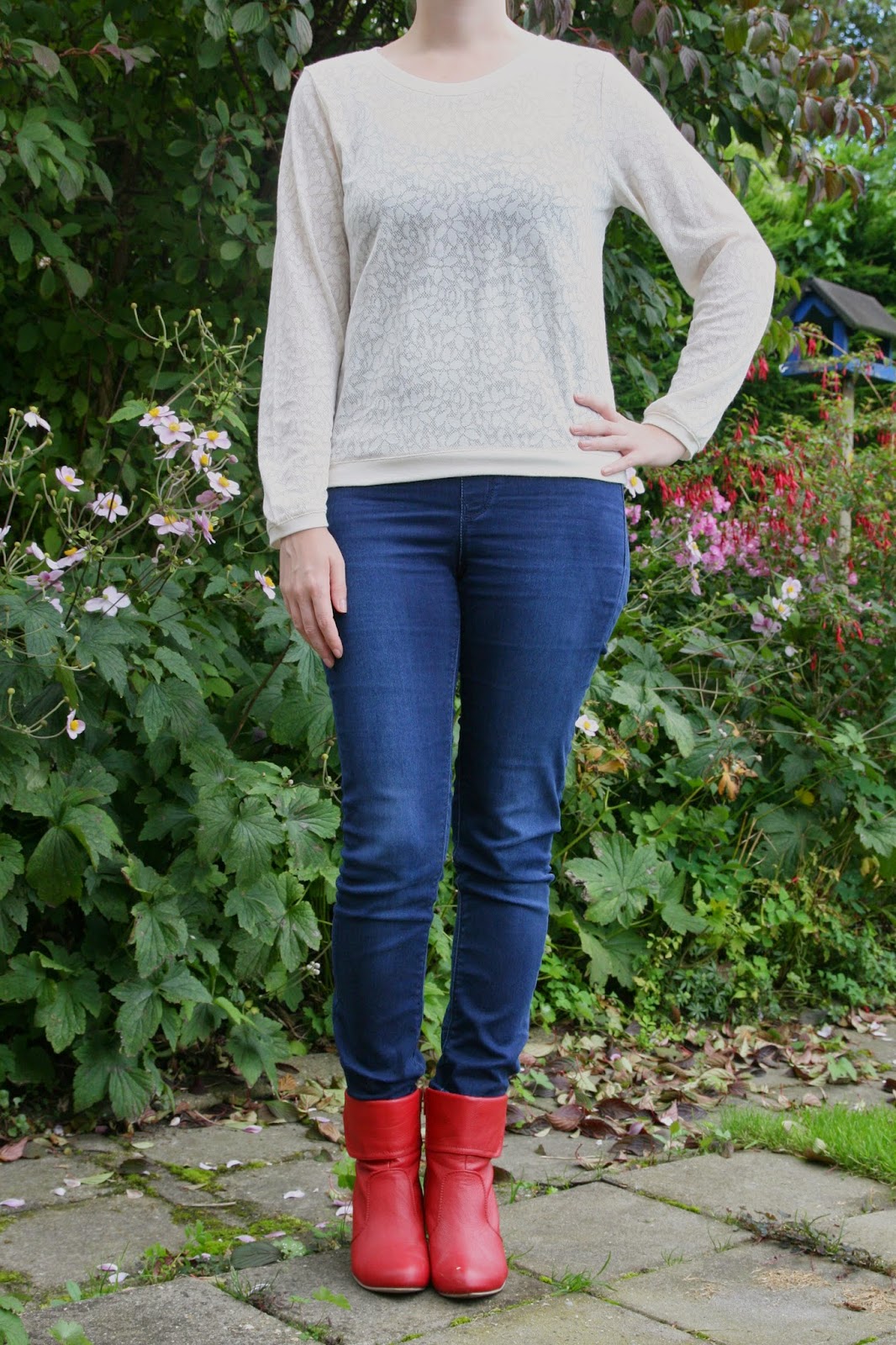 This white sweater is from H & M (bought last year). I own it in black as well. Fun fact: I wore it in my first outfit of the week ever. I opted for the same black top from H & M to wear underneath. I also wore the same boots as I wore back then. The red boots are from Taft Shoes and I bought them last year right before I started my blog. I combined the sweater and the boots with my beloved tregging from H & M.
Author Unknown op 10:30 PM