My shorts came in and I bought 3 new clothing pieces and two pair of shoes. I'm gonna start with the shorts from H & M. I already tried it on while shopping last week (and when I bought another one), so I knew this was gonna fit. The shorts are really comfy and were only € 14,95. 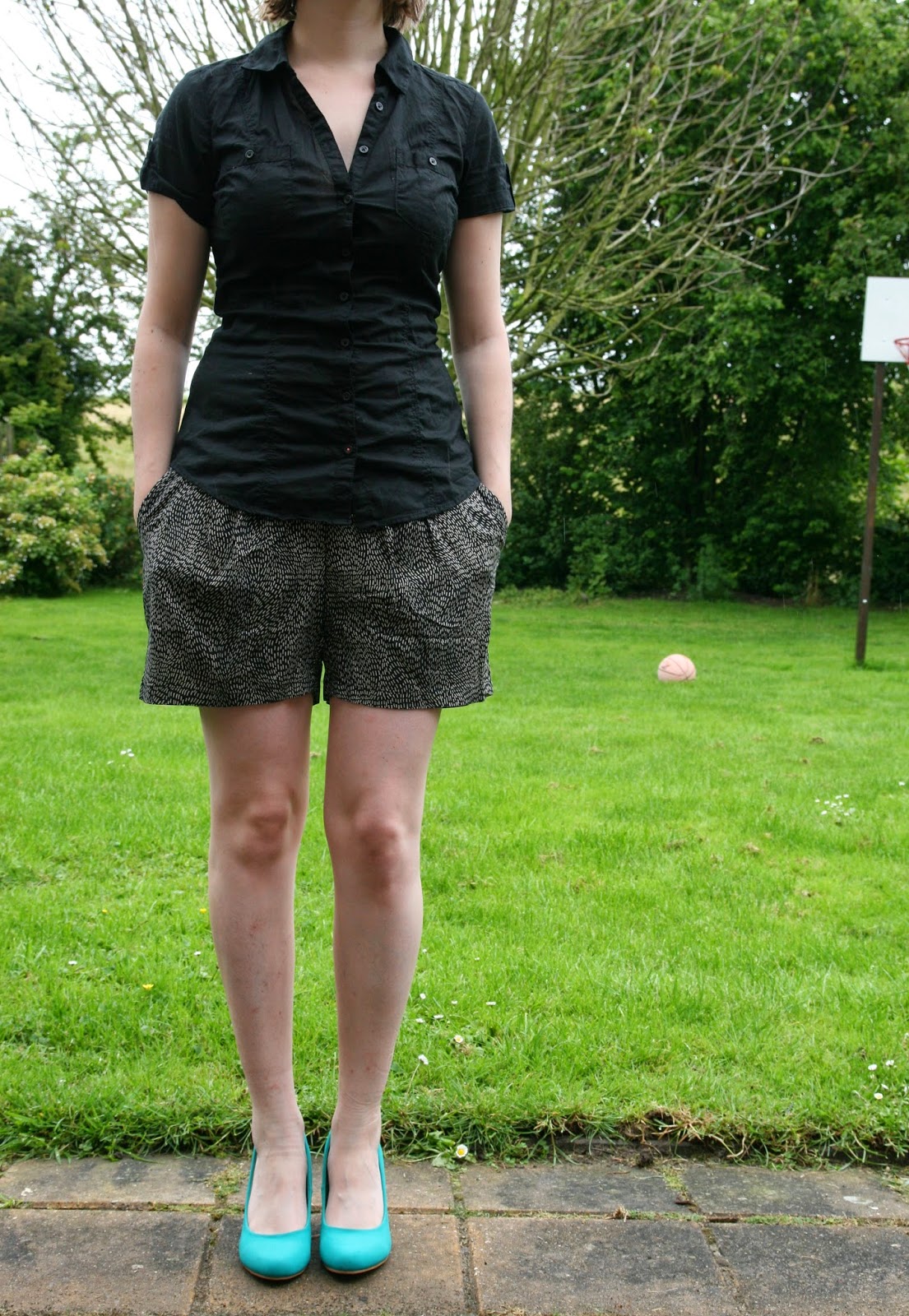 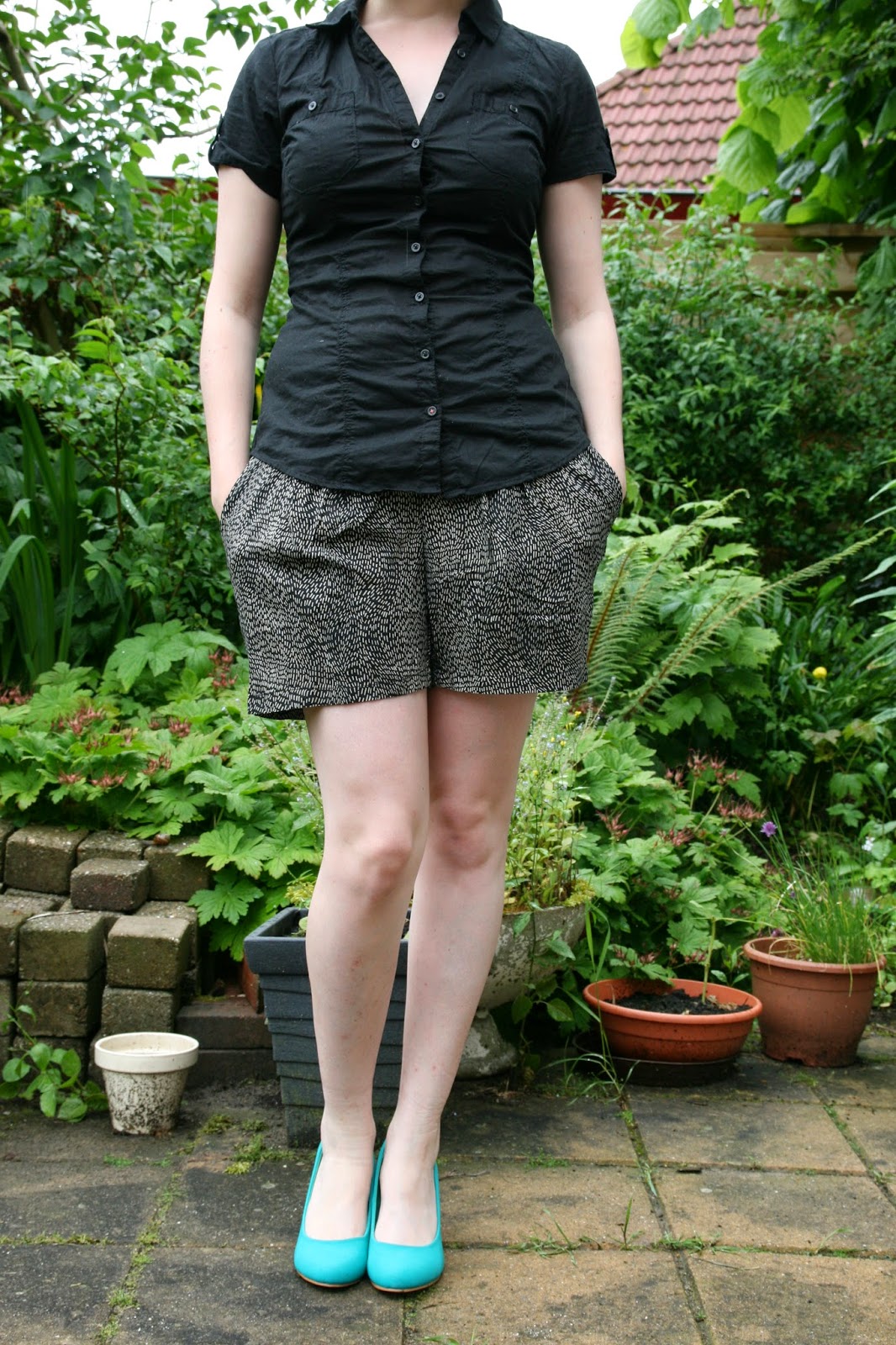 I kinda like this combination. I just put it on for the picture, but I kinda like it together. 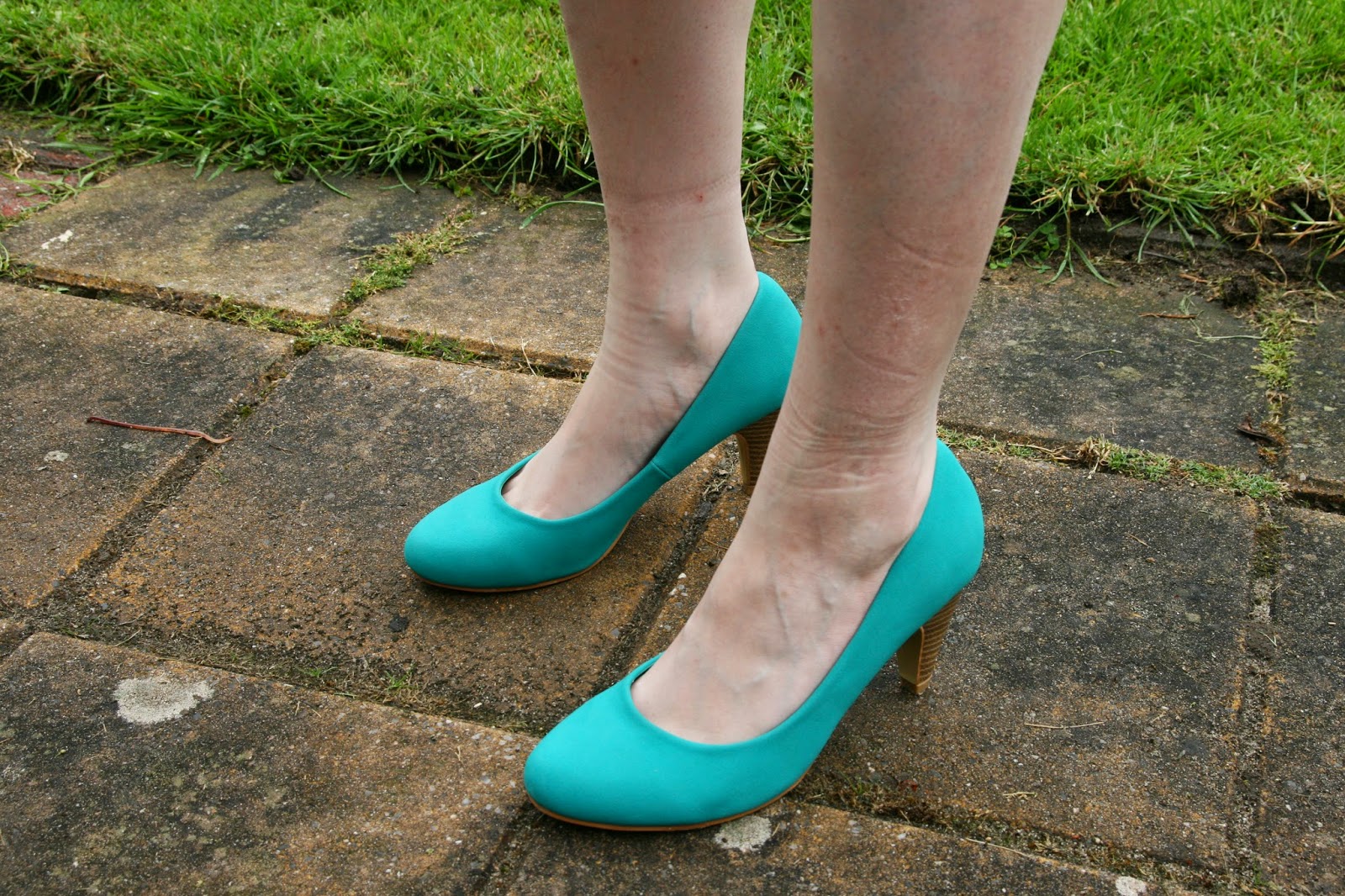 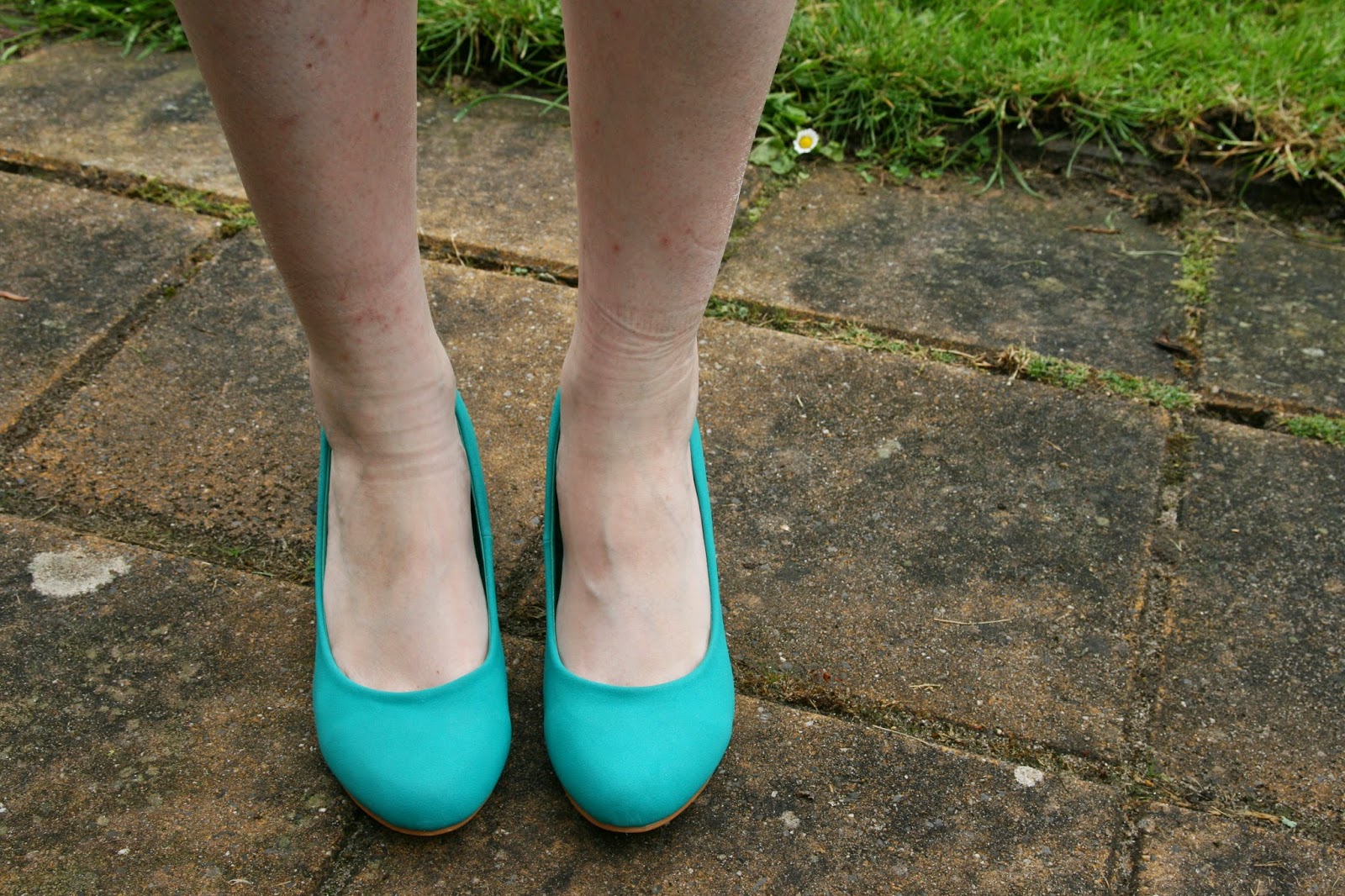 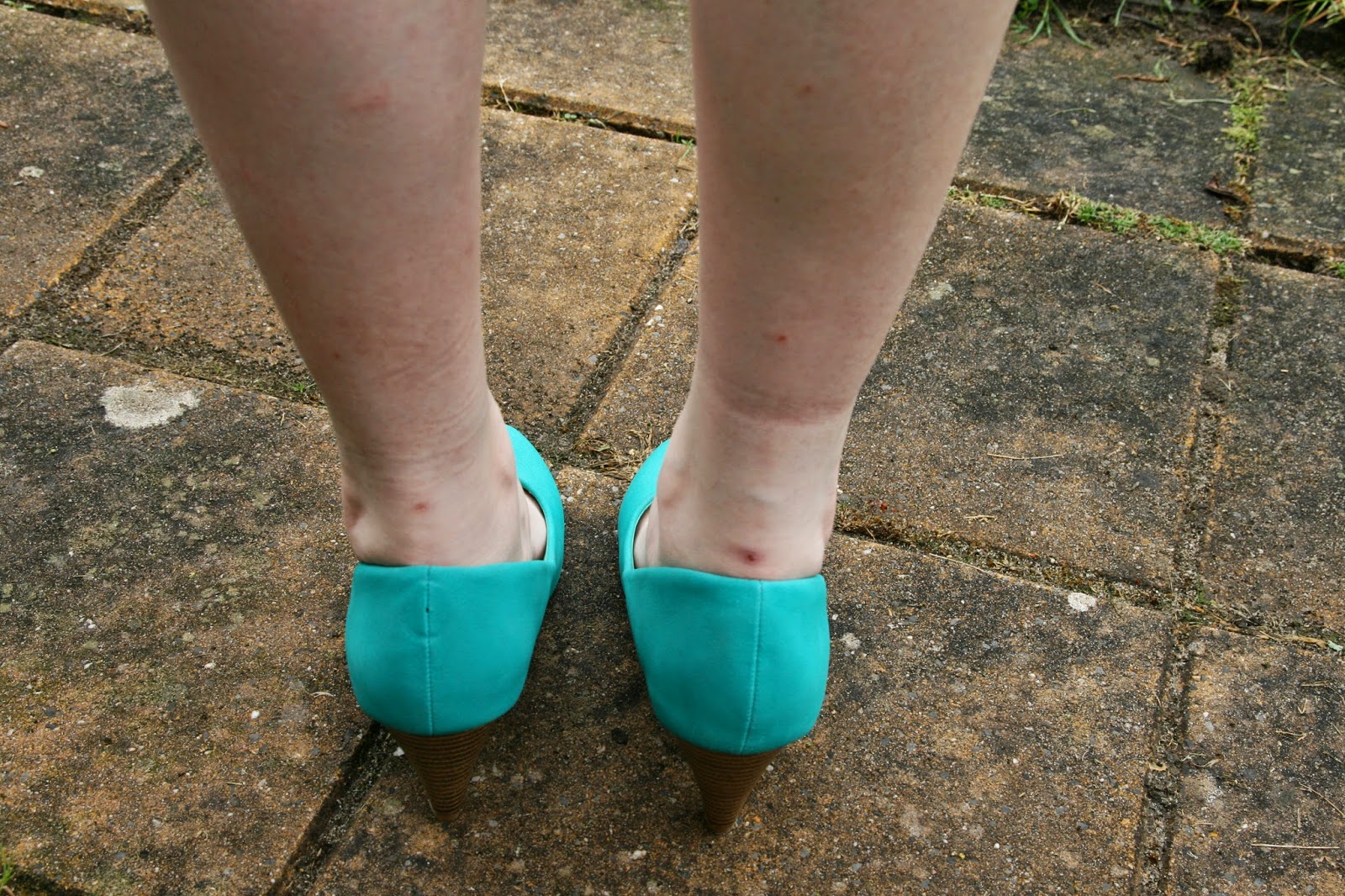 Also new are these green/teal/blue/colored pumps. They were € 15 at Scapino. They were on sale and originally € 24,99. 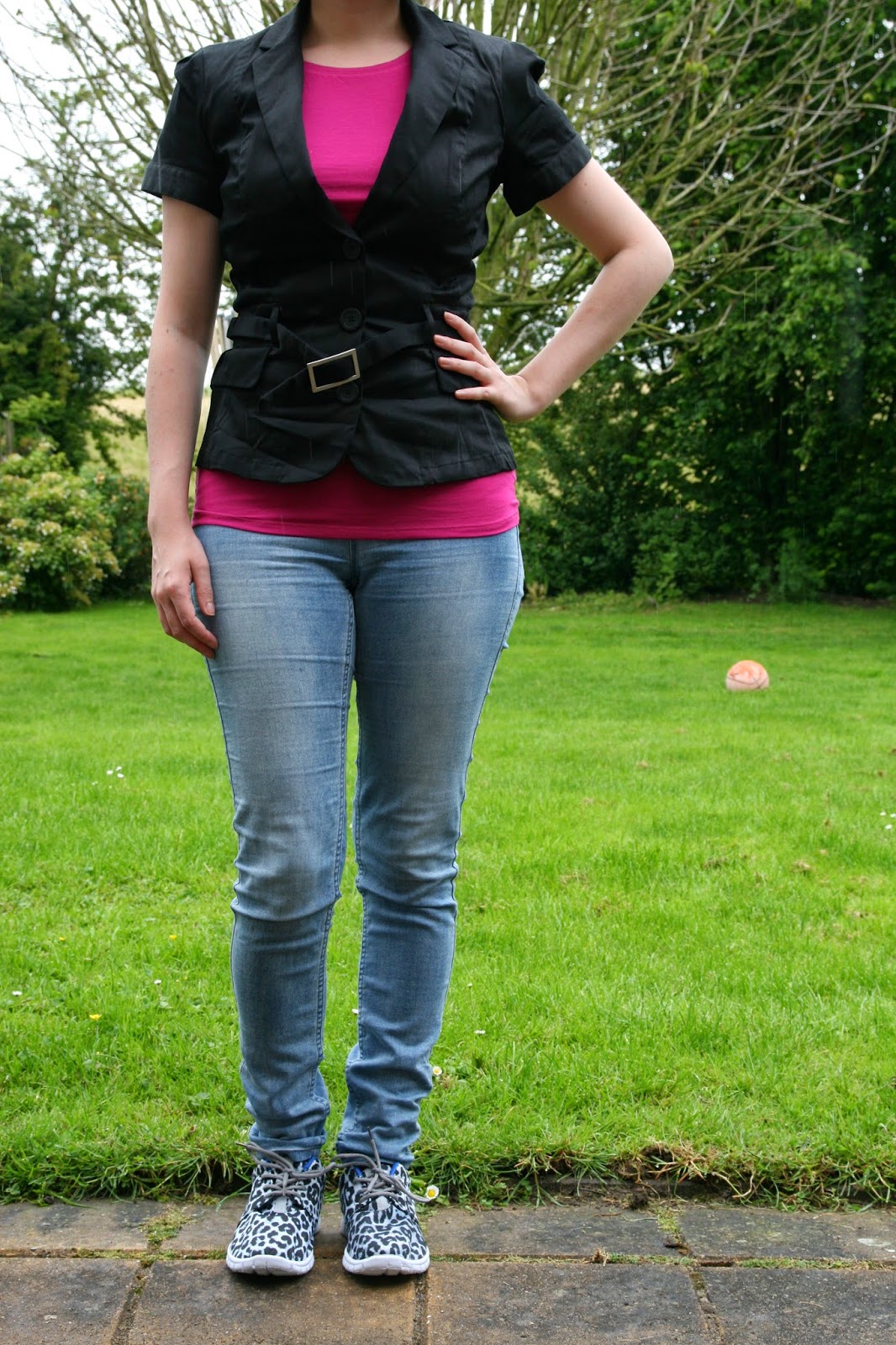 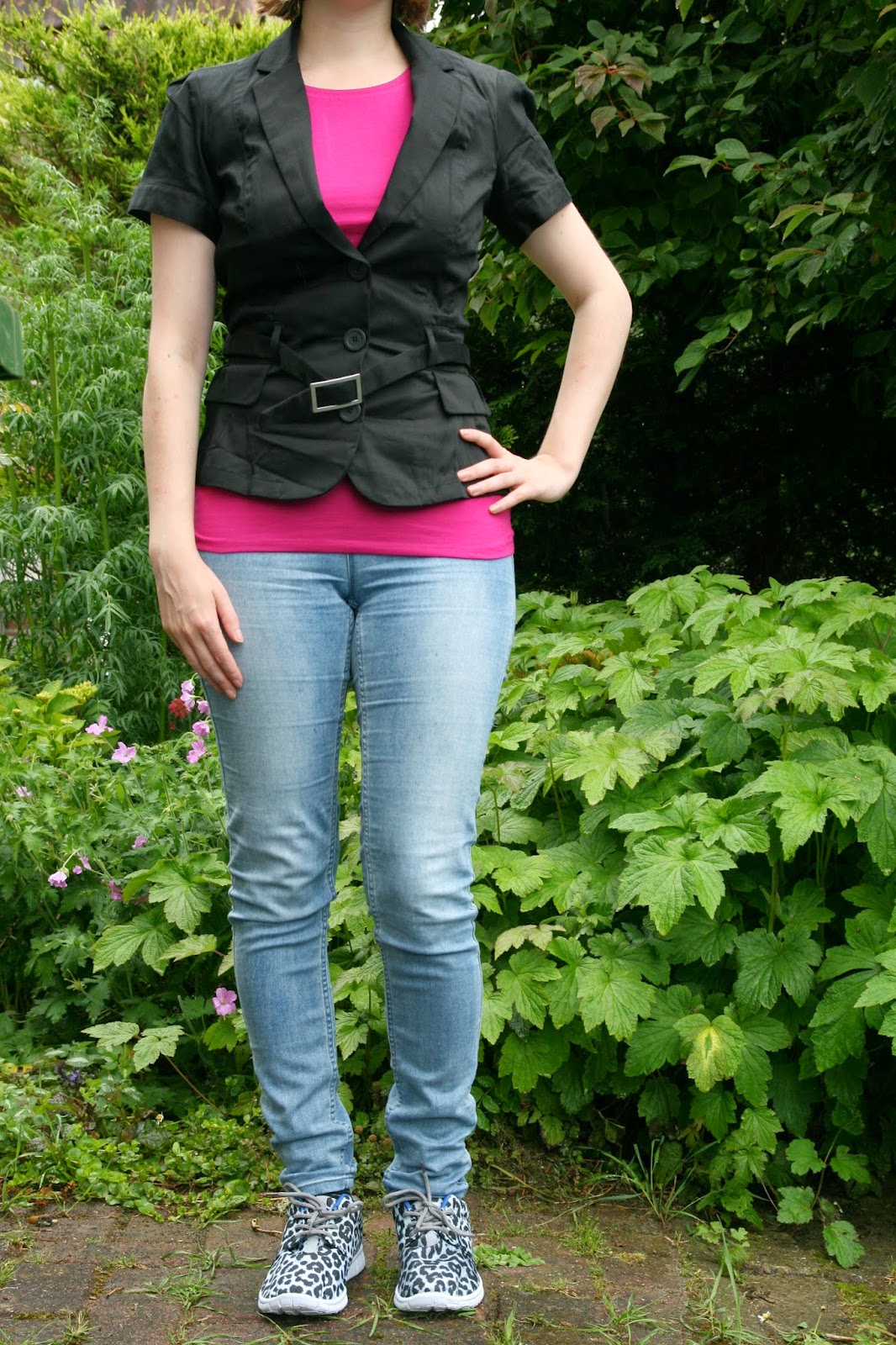 The black jacket is also new and I was so lucky. I bought it at Takko Fashion for € 14,99 in the sale. Only I didn't know before paying. I thought it was still the original price of € 24,99. So I was in doubt whether I should buy it. In the end I decided I should, because it looks classy and original. When I found out it was € 10 cheaper I was even more happy with it. The pink T-shirt is also, also from Takko Fashion and was also on sale. It was originally € 3,99, I bought it for € 1,99. 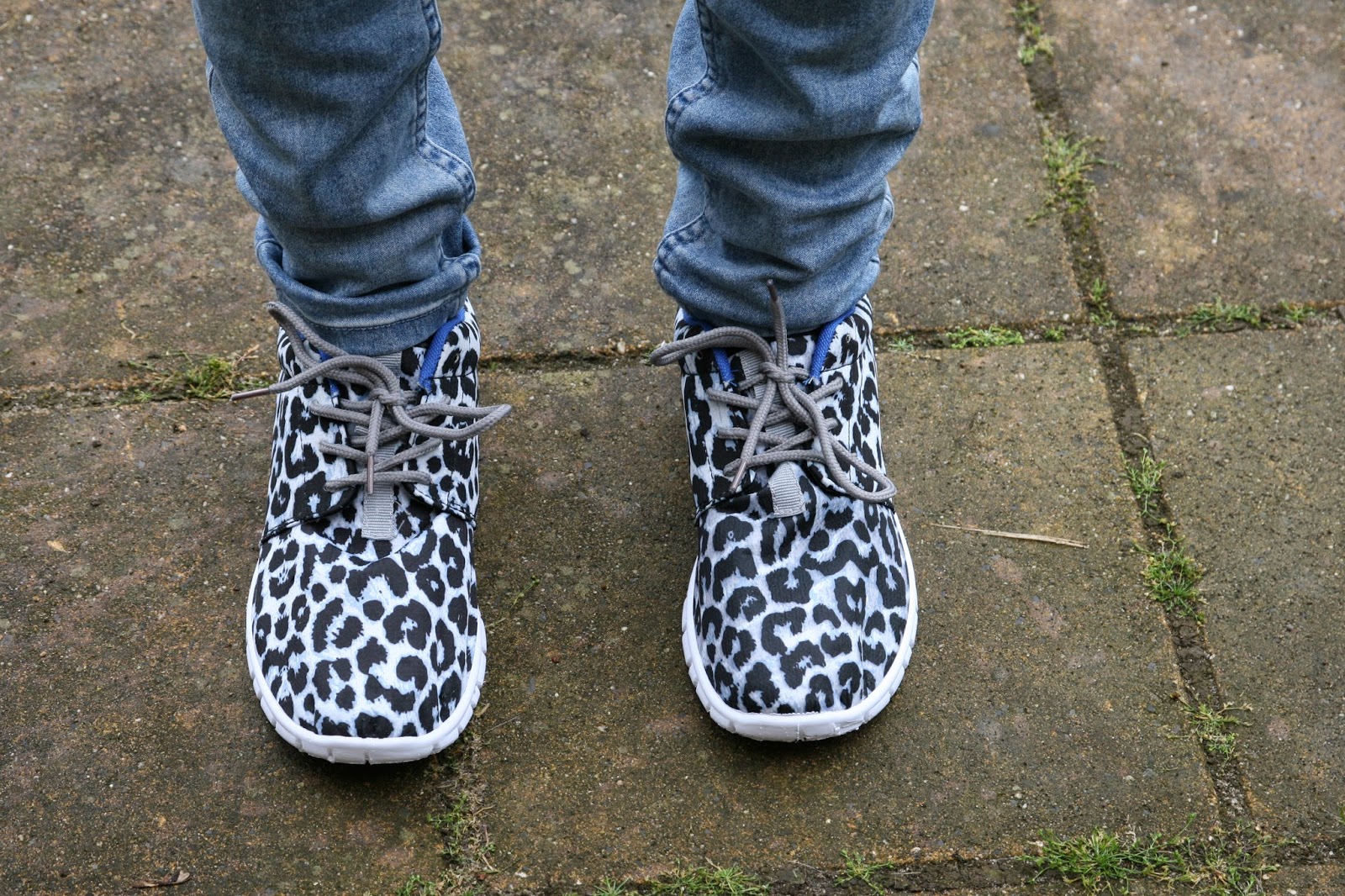 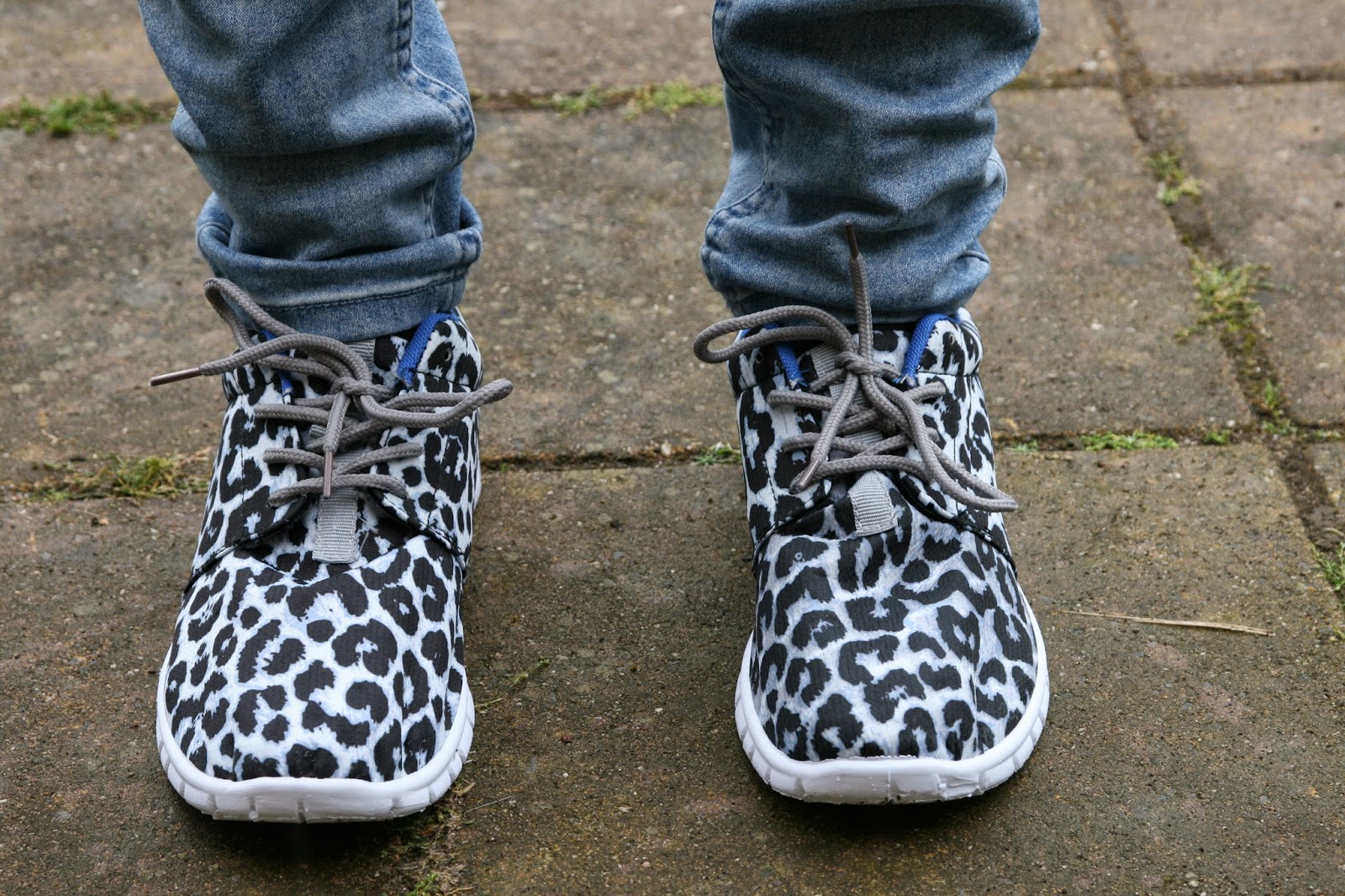 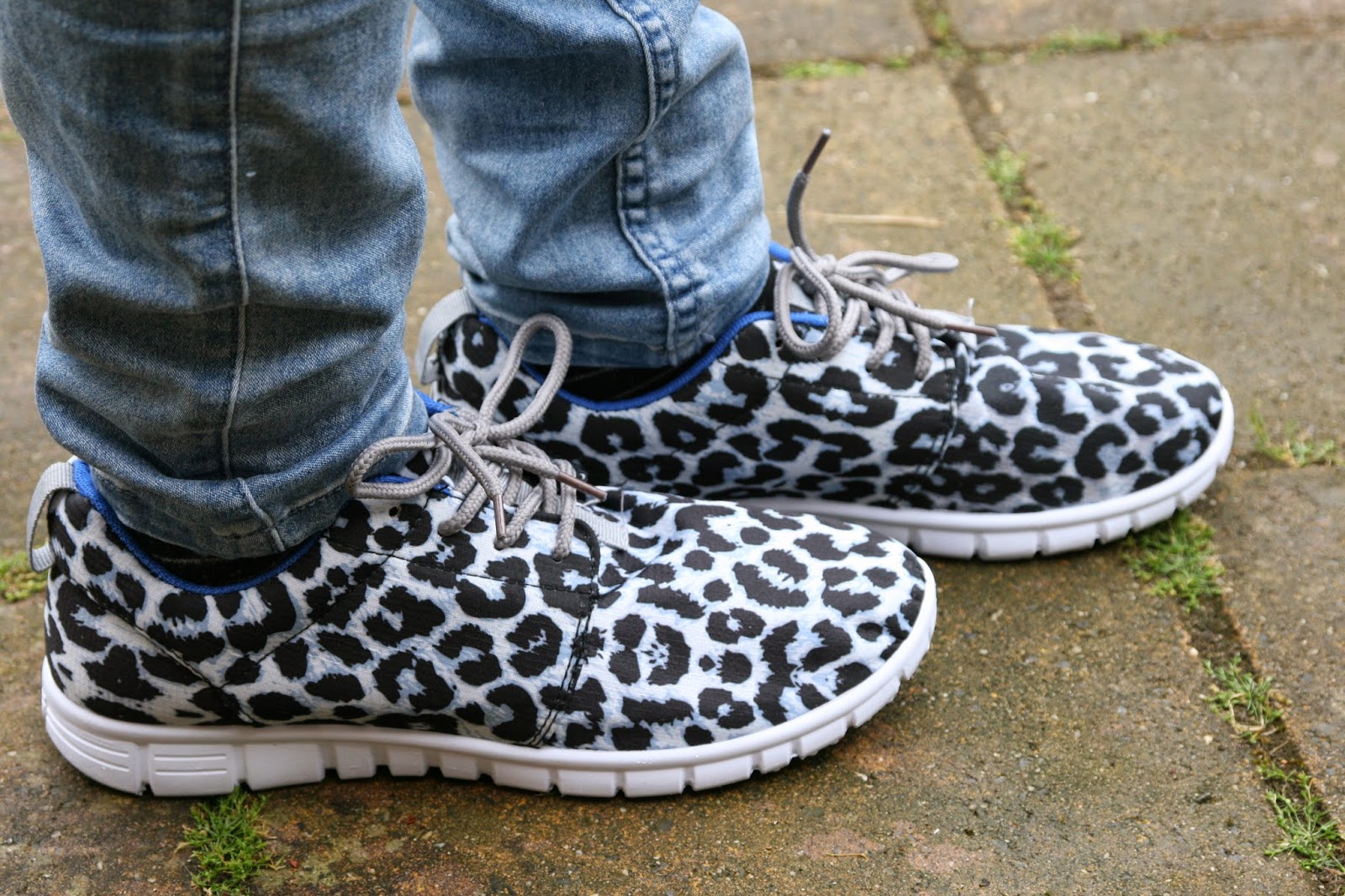 And I bought another pair of shoes (I bought too much) at Scapino. These were € 29,99. They were also available in brown with leopard print, but I like these better. They remind me a little bit of my Nike Roshe Run, but obviously these soles are not as good. With the Roshe you feel like walking on air, but I might try the loose sole, which comes with the Roshe, in these. The 38 were too small, so I had to buy the 39. It's the first time I bought shoes in that size. 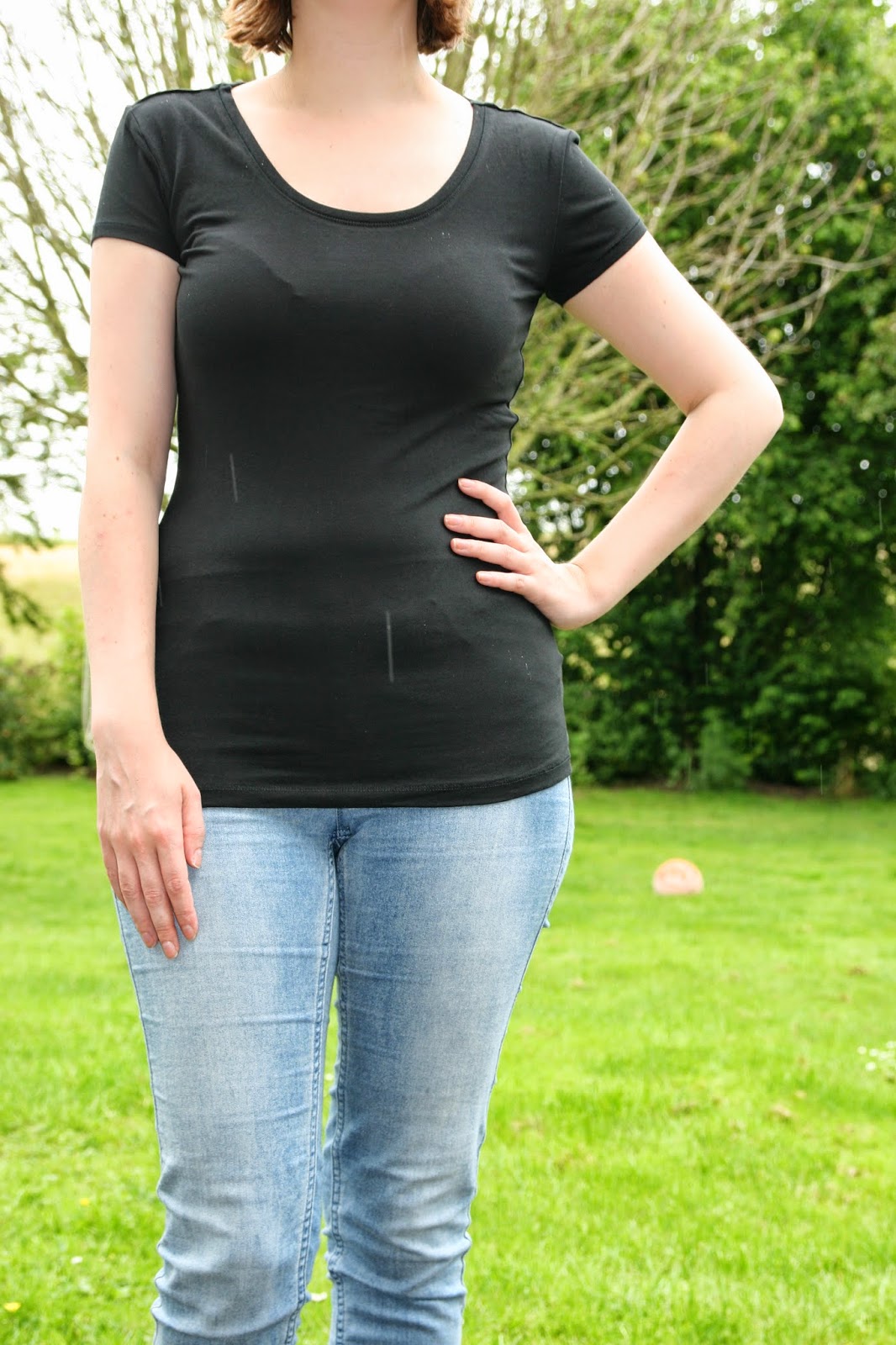