Outfits of the week: Week 1

Isn't it weird that this is the first week of 2014 while it's still the end of December? It's also crazy Christmas was last week and this week it was New Years Eve. 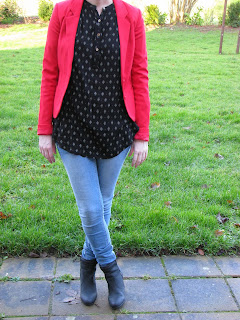 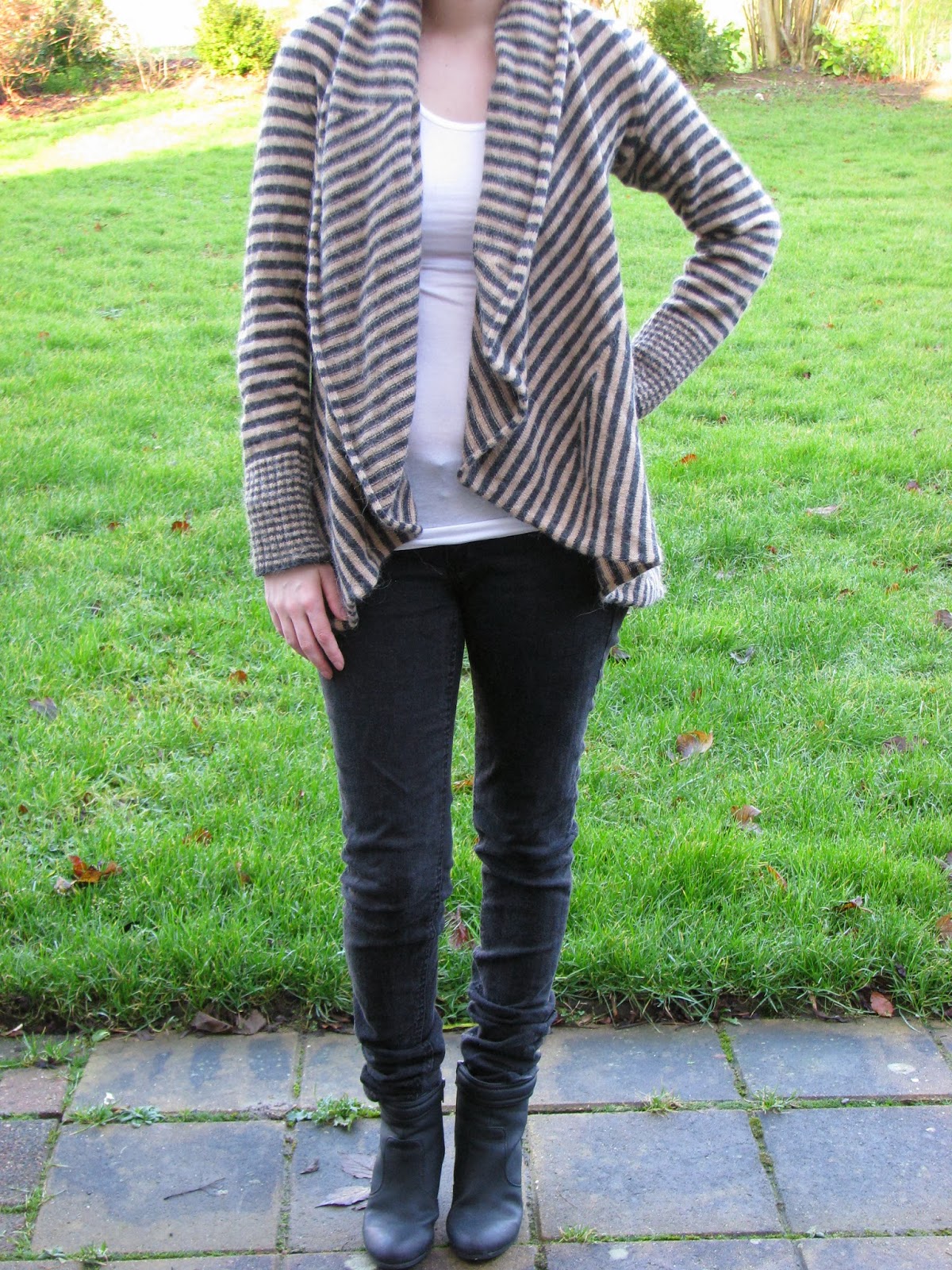 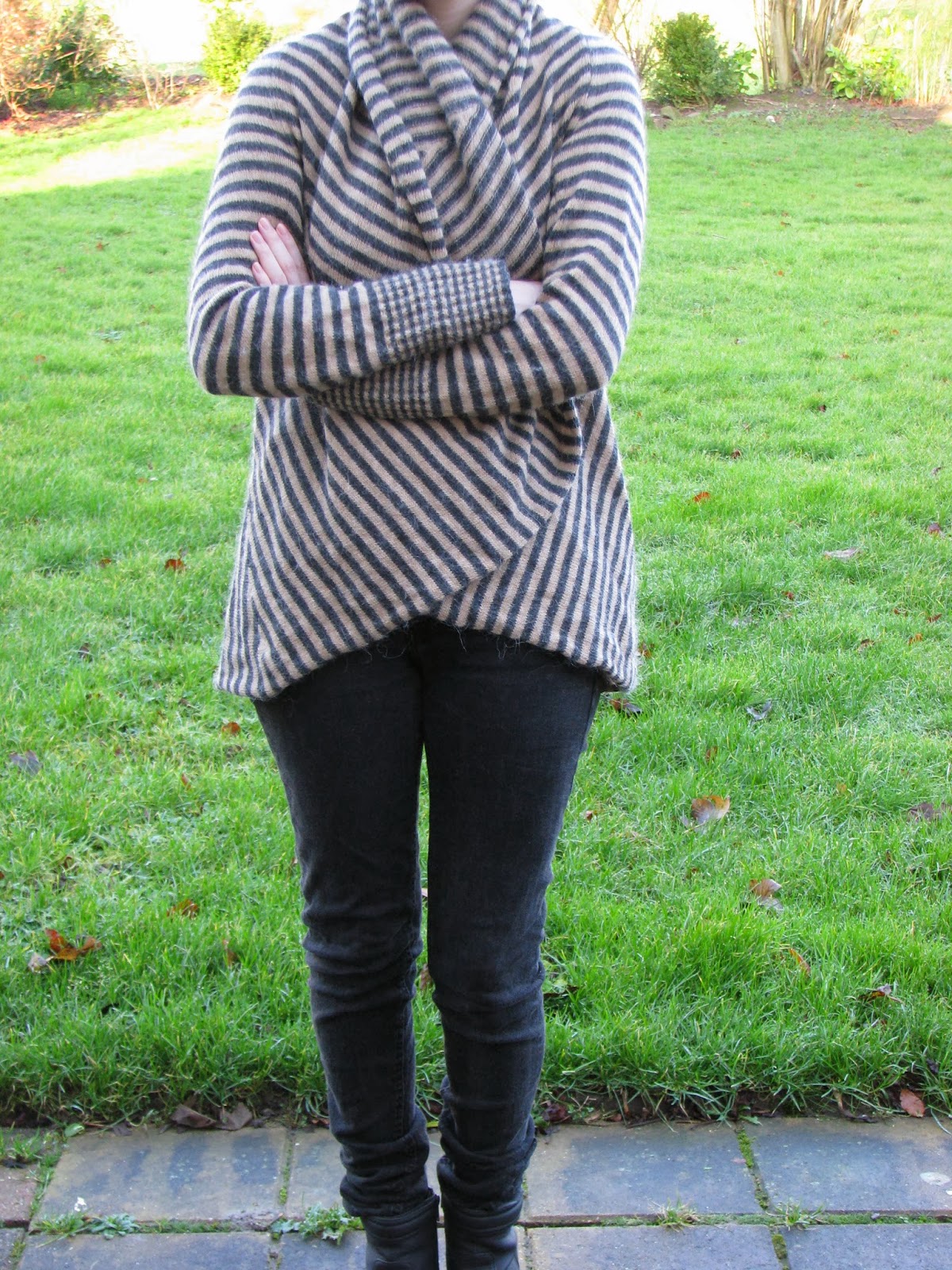 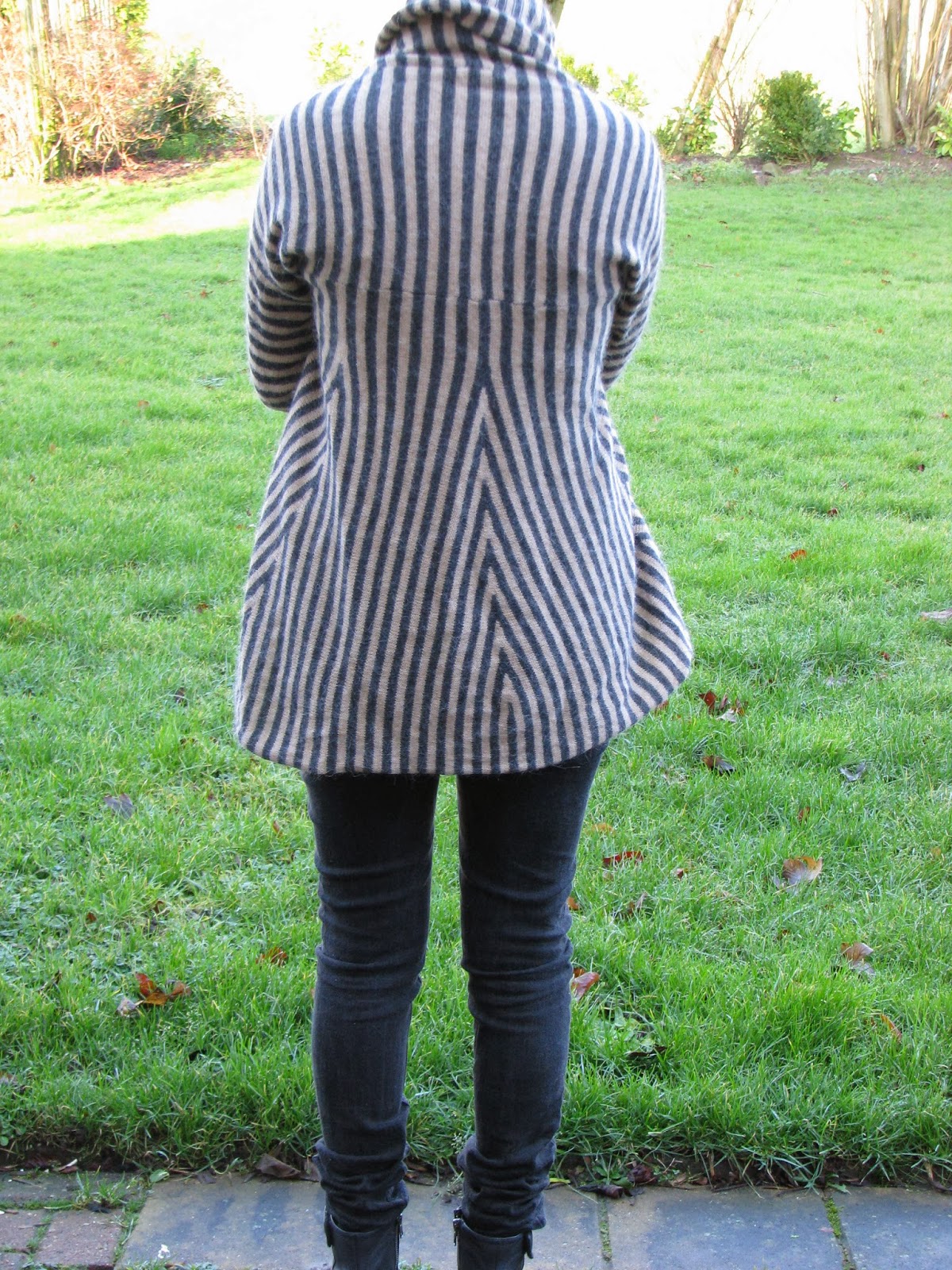 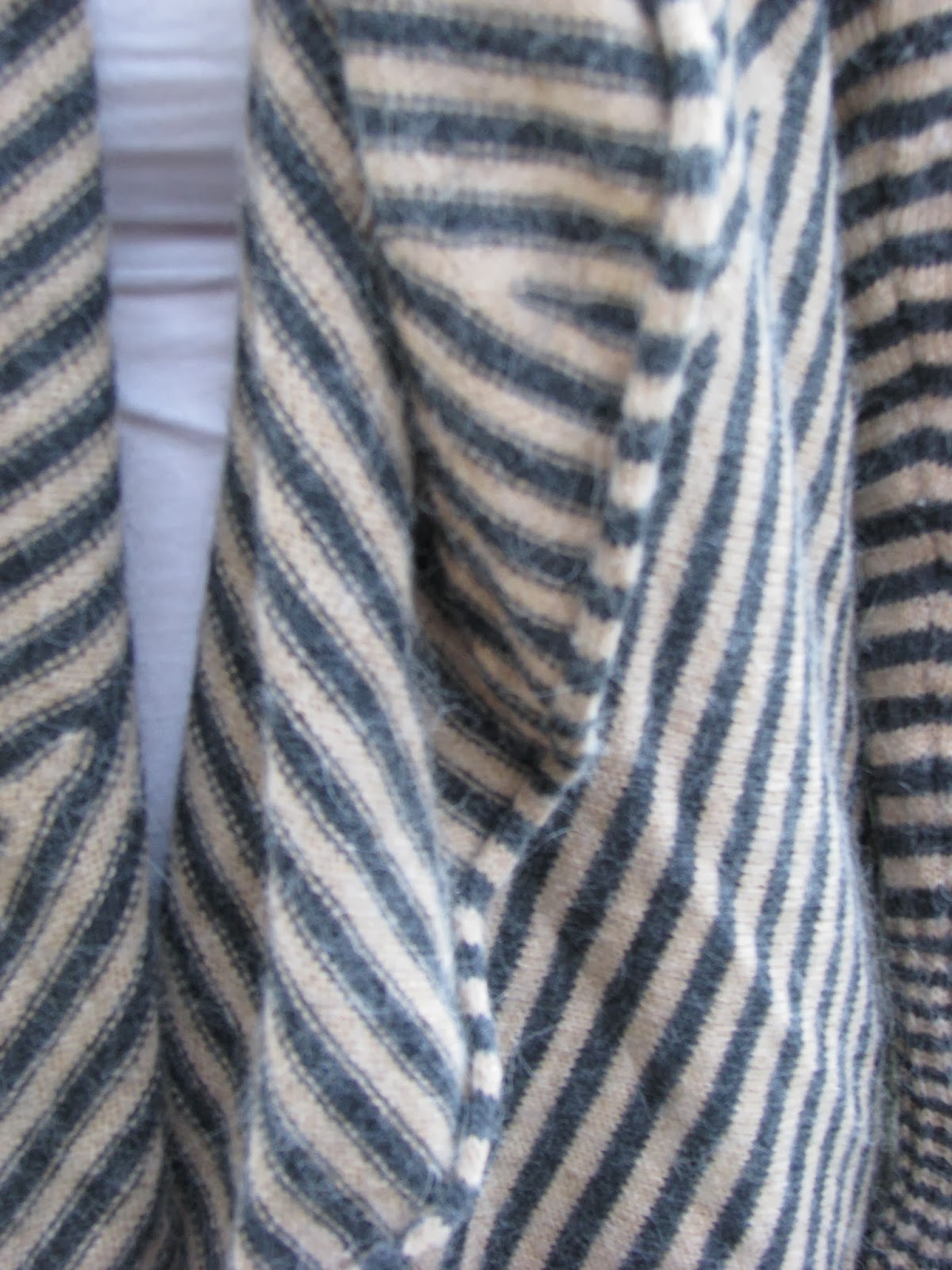 This vest is from my sister E, which she bought at WE. She didn't want it anymore and she gave a ton of clothes to my sister M. and me. We found a couple of things we liked and the rest is for the H & M clothing action. This vest is very warm and cozy. It has hair on it, which were on my black pants from the H & M at the end of the day. I wore a basic white top underneath, so the attention goes to the vest. I wore my black ankle boots from the H & M as well. 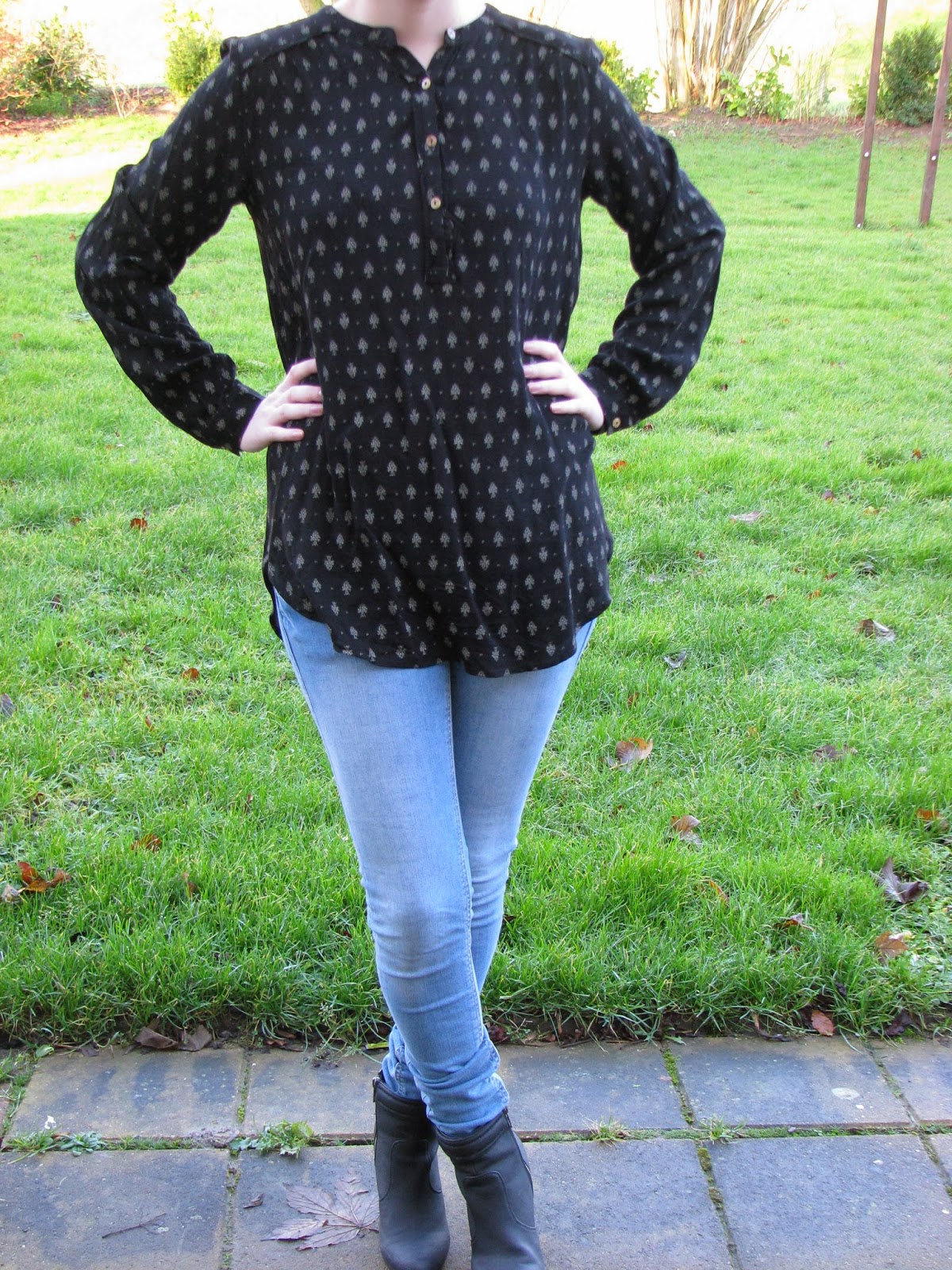 The last day of 2013! I wore two outfits this day. I went grocery shopping with my sister M. and bought my last purchase of 2013. I went for an all H & M outfit this day: red blazer, blouse, light jeans and black ankle boots. 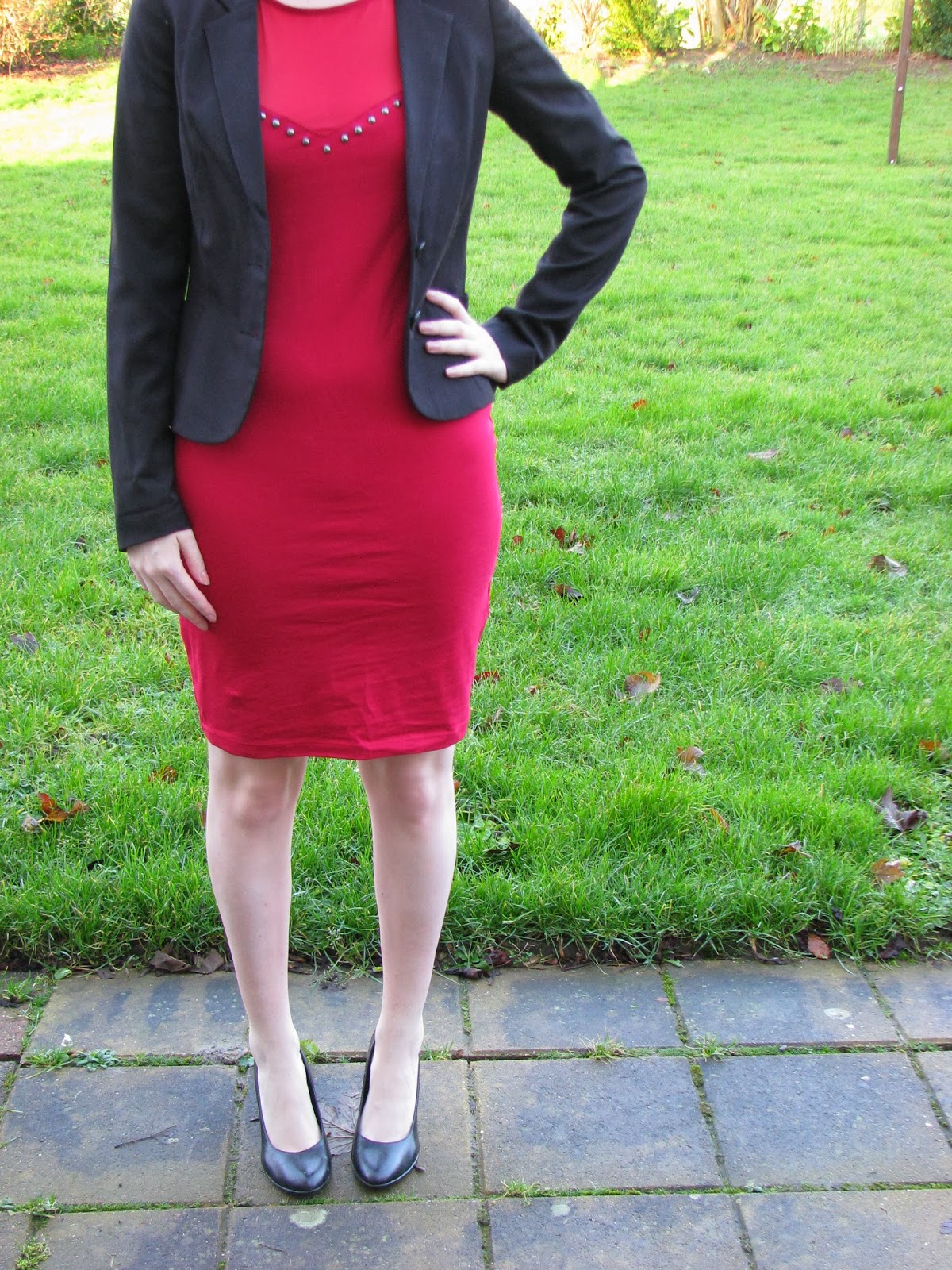 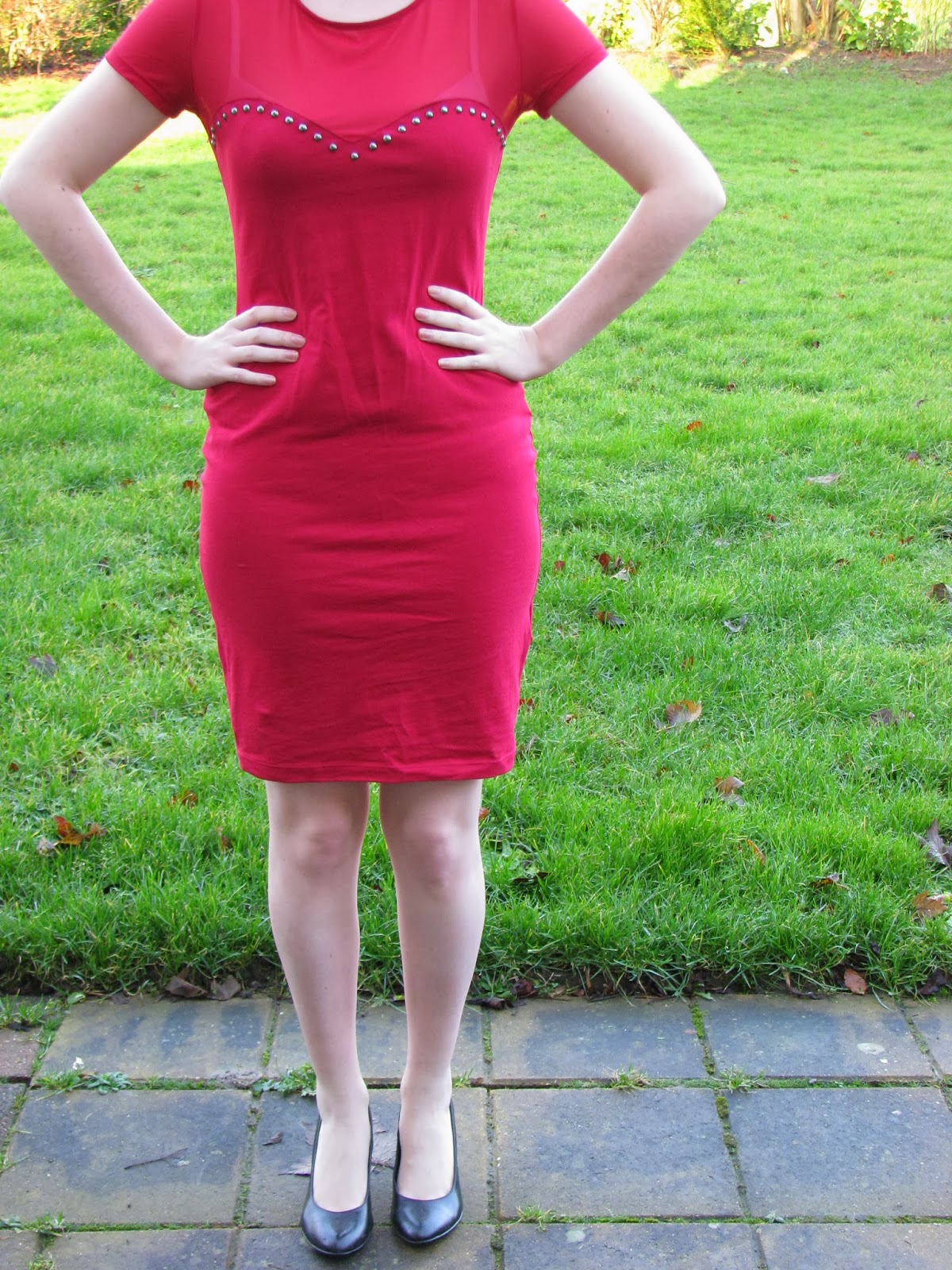 I wore this on New Years Eve. I celebrated it with my family and a friend and later went out with that friend of mine. I was going to wear the blazer while out, but decided not to because it would probably end up smelling due smoke. And it would've, because a lot of people smoked. Ugh, that stank won't leave my hair for days. I wore my red dress from the H & M and black pumps from Van Haren. 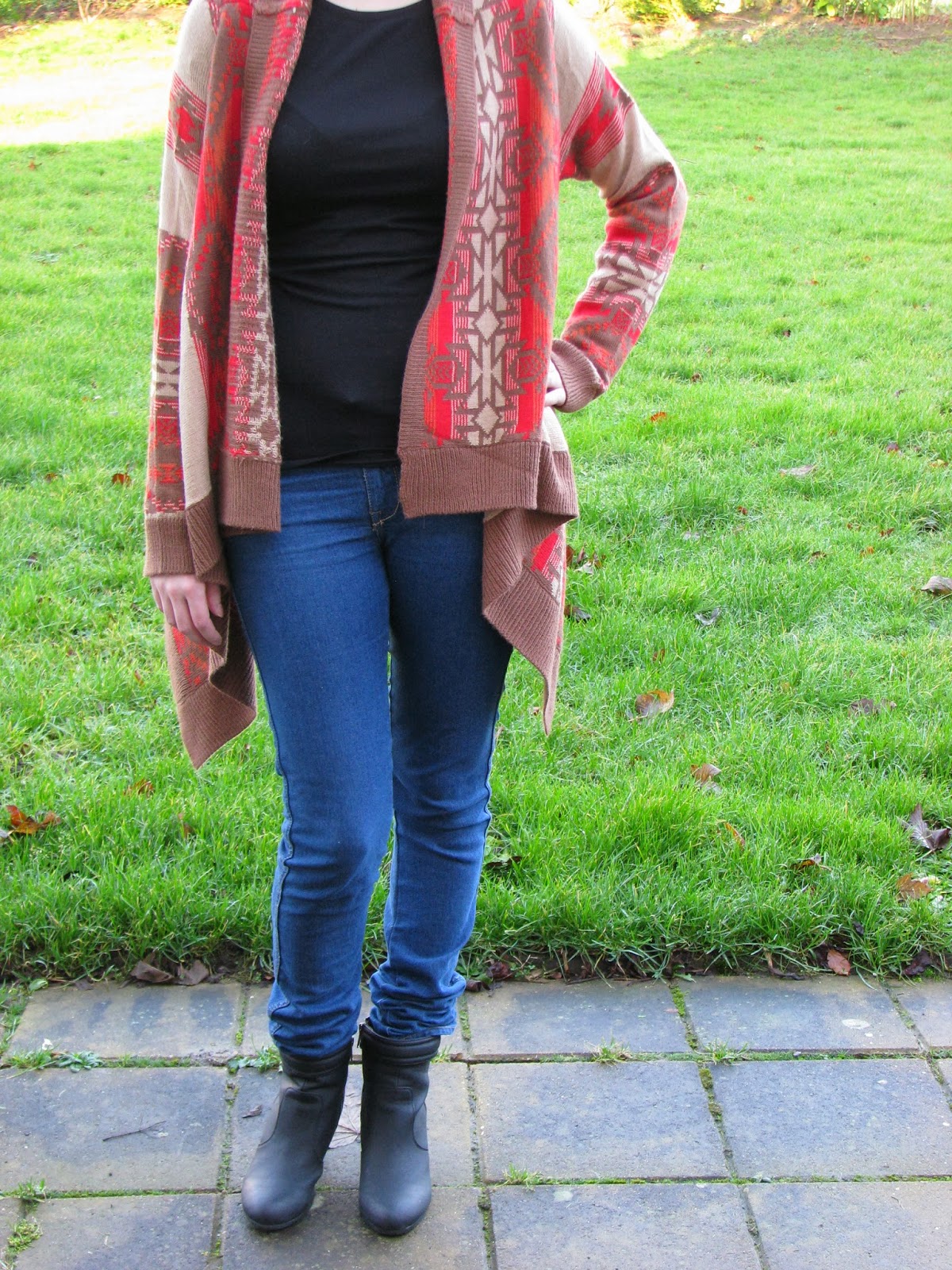 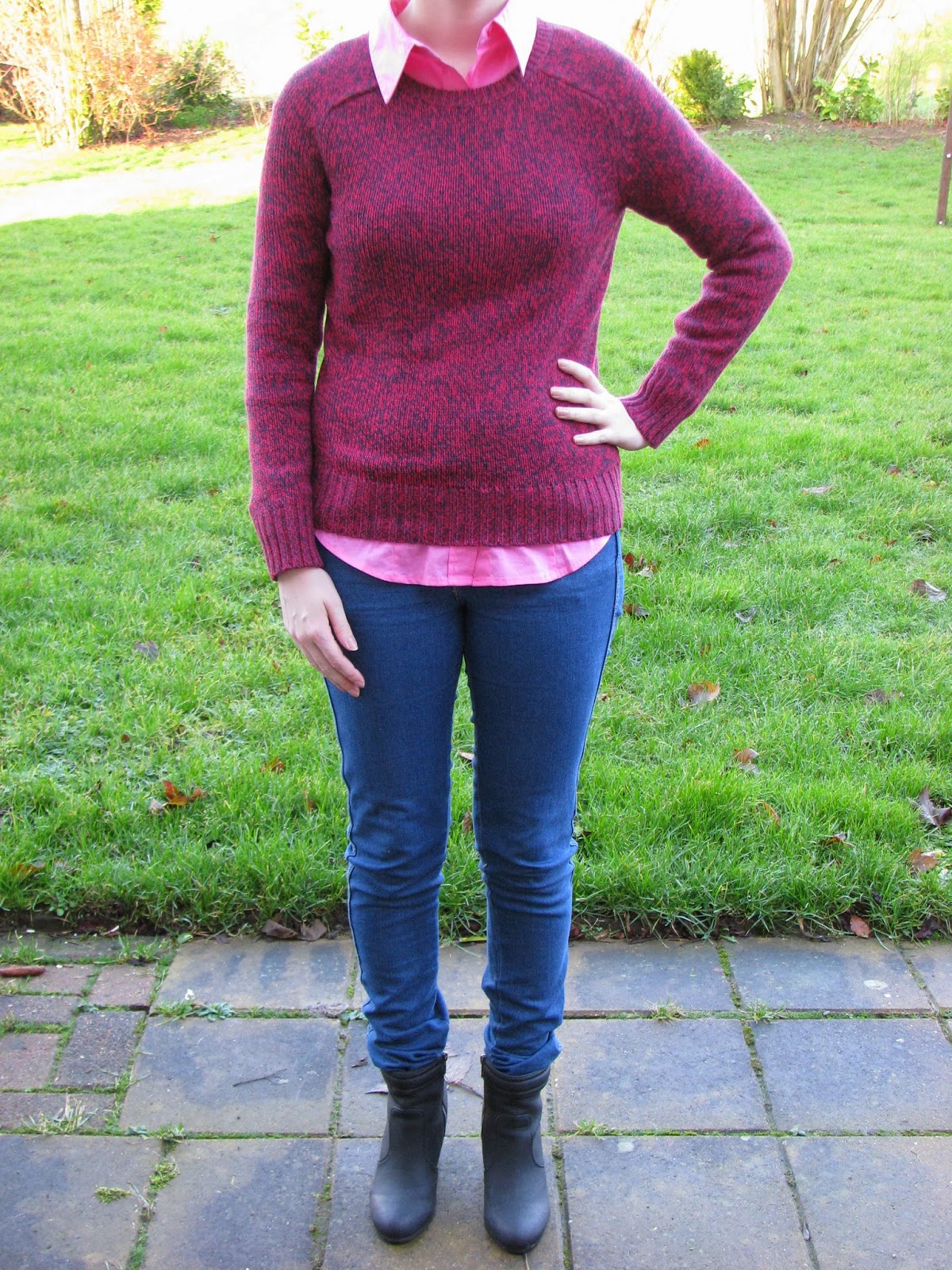 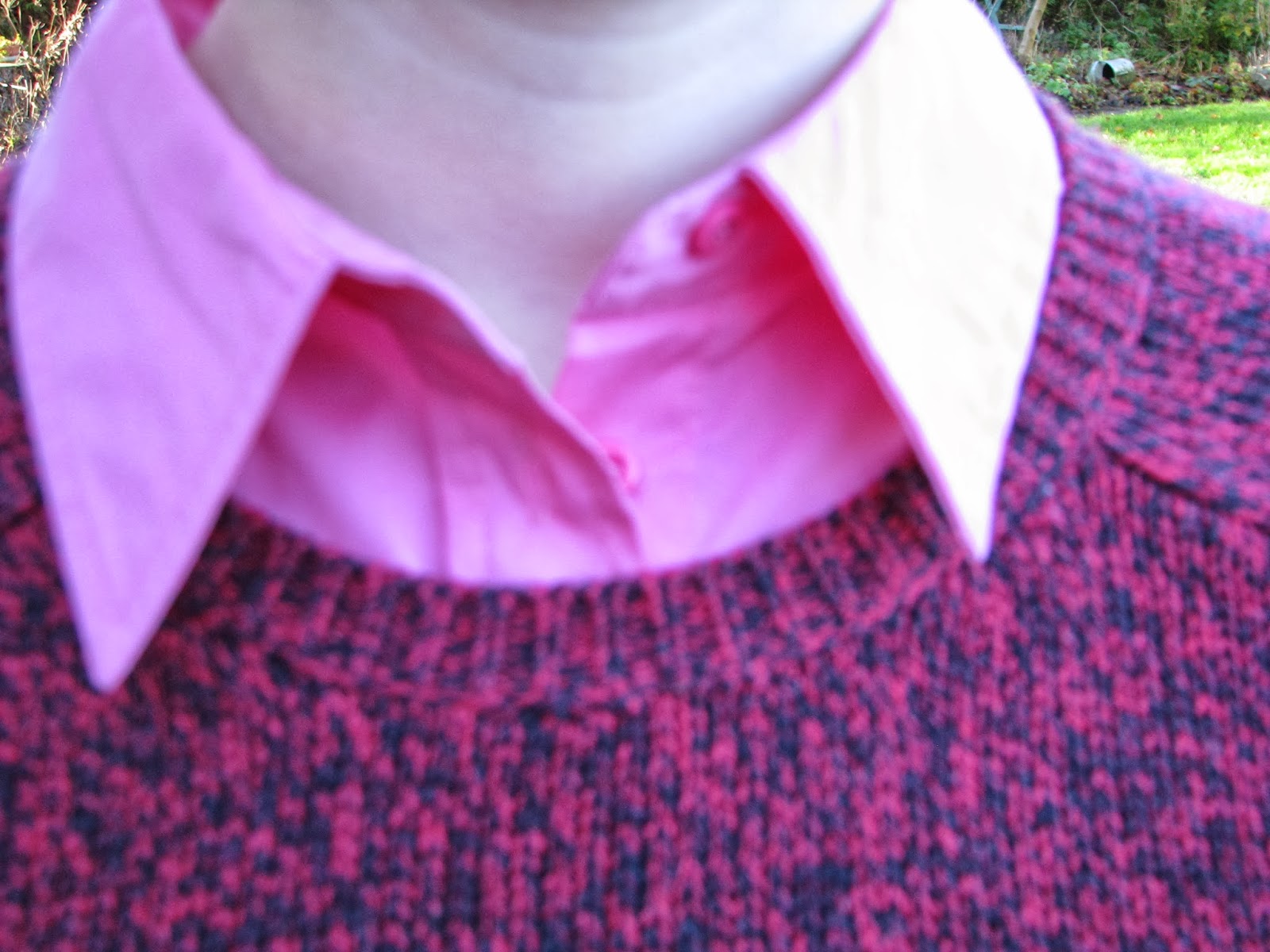 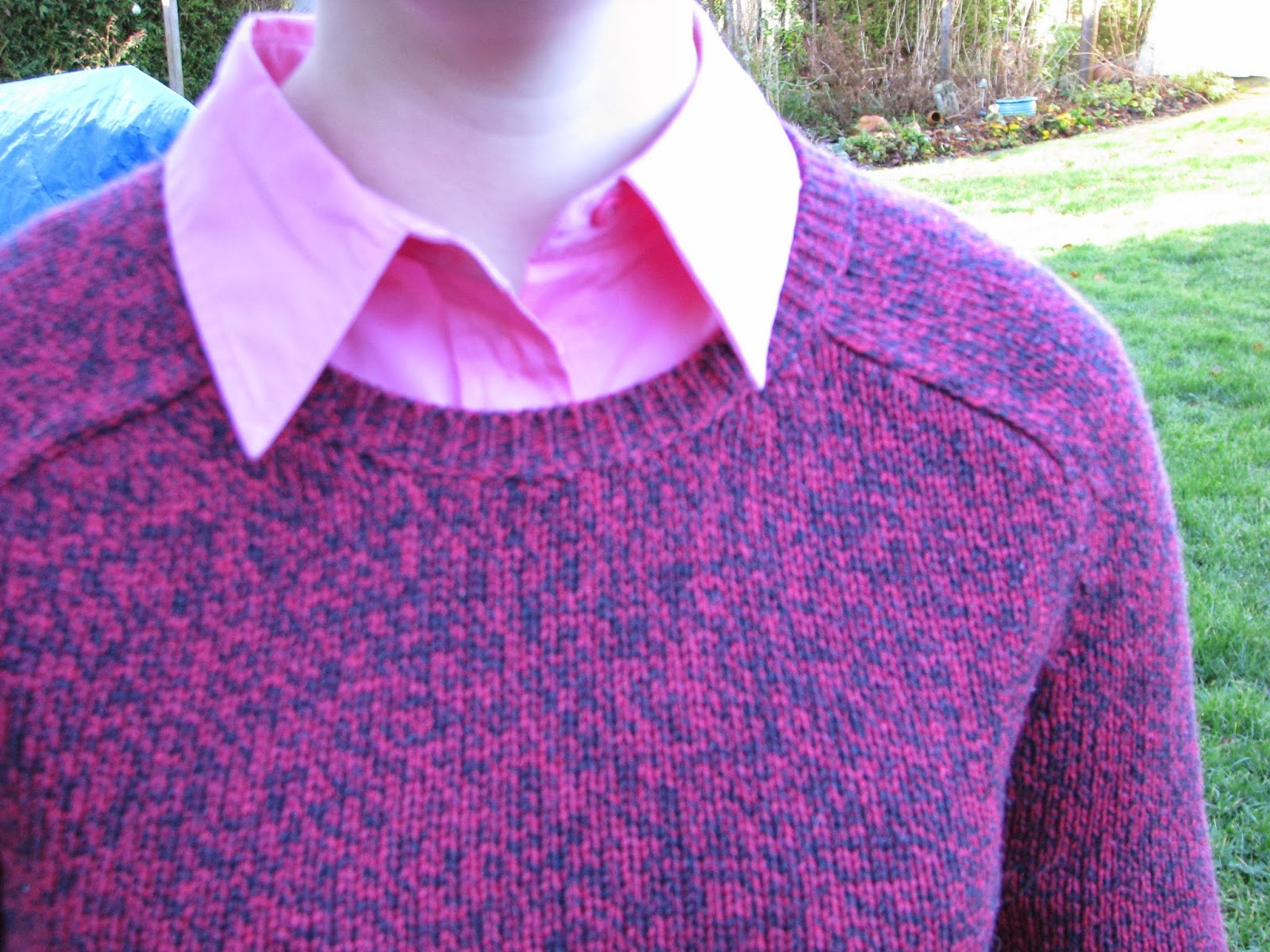 I liked this look, but I'm wondering if you guys like it as well. The sweater (H & M) and the new pink blouse (Takko Fashion) don't have exactly the same color. The sweater looks more like red while the blouse is pink. Brighter than on the picture but not neon bright. The jeans are from H & M, just like the black ankle boots. 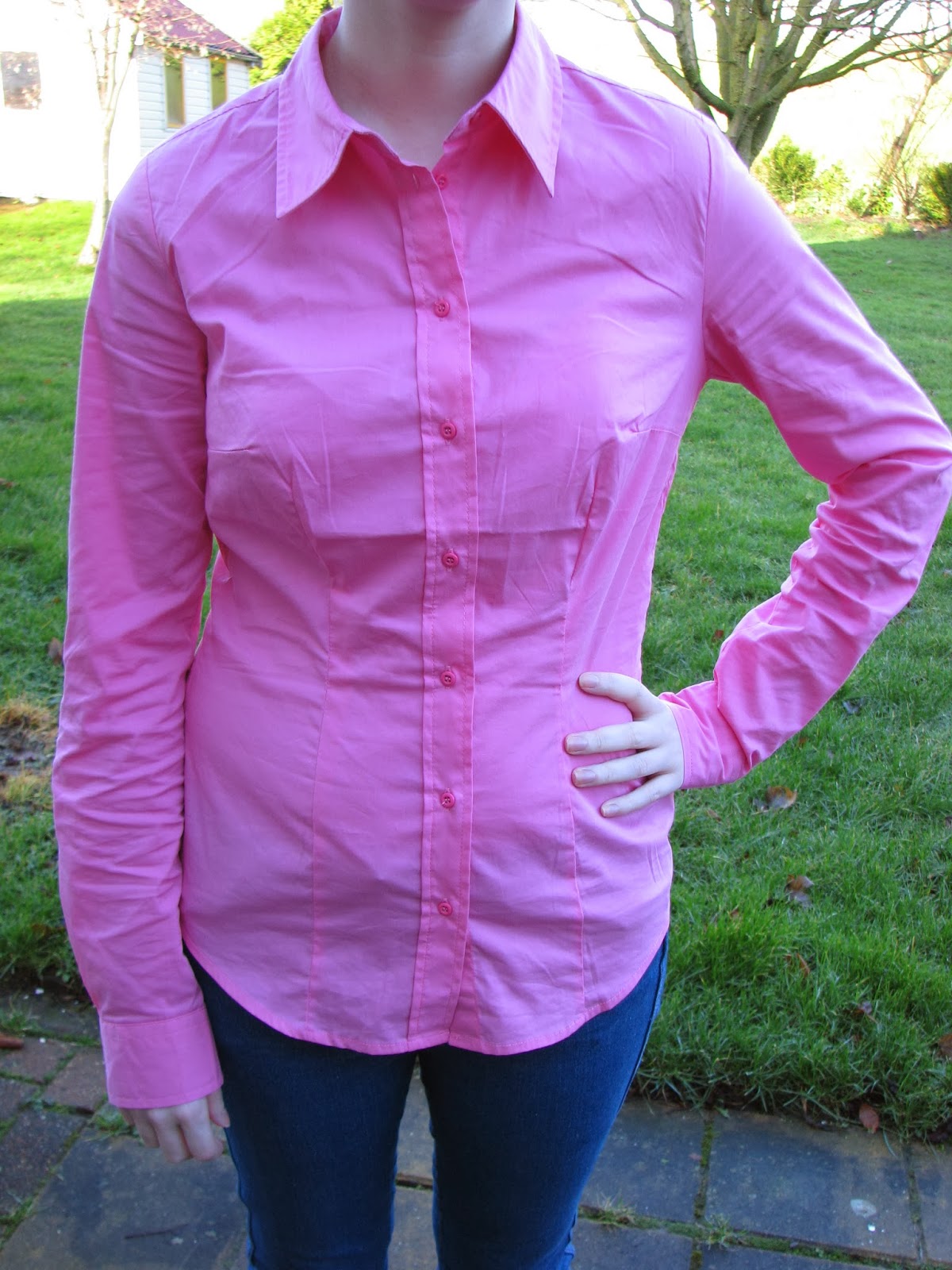 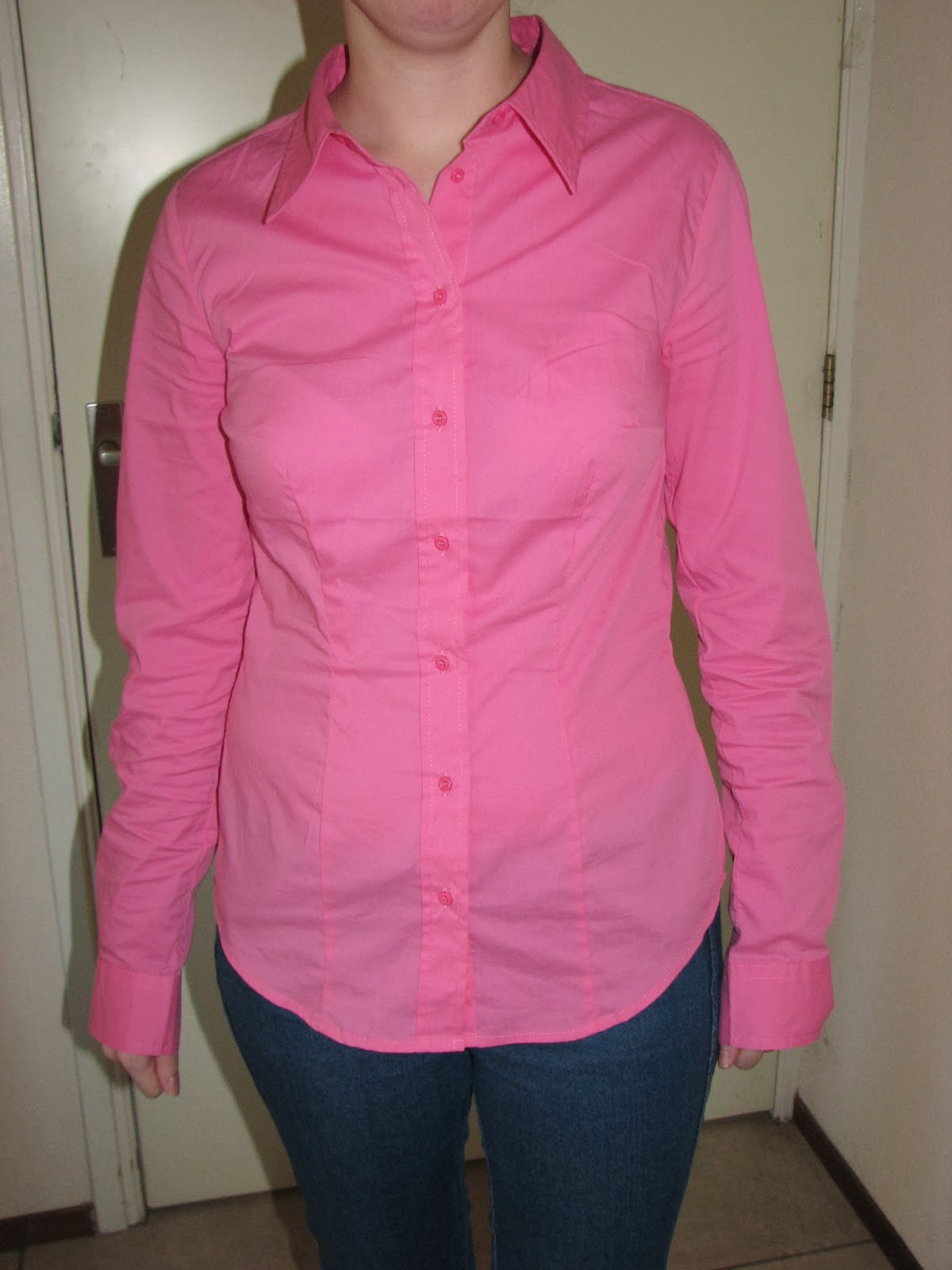 What a difference light can make. The blouse looks more like the second picture.
Author Unknown op 12:30 AM