I already told you I would empty my wallet even more after yesterday. I went shopping with a friend in Eindhoven, because Primark opened a new store there just a few weeks ago. I wanted to check it out, since it's the biggest in the Netherlands at the moment. Even though I didn't buy anything at Primark (as usual, I go in all excited and leave very relieved because of the chaos) it was very busy. I didn't expect so many people on a Tuesday. 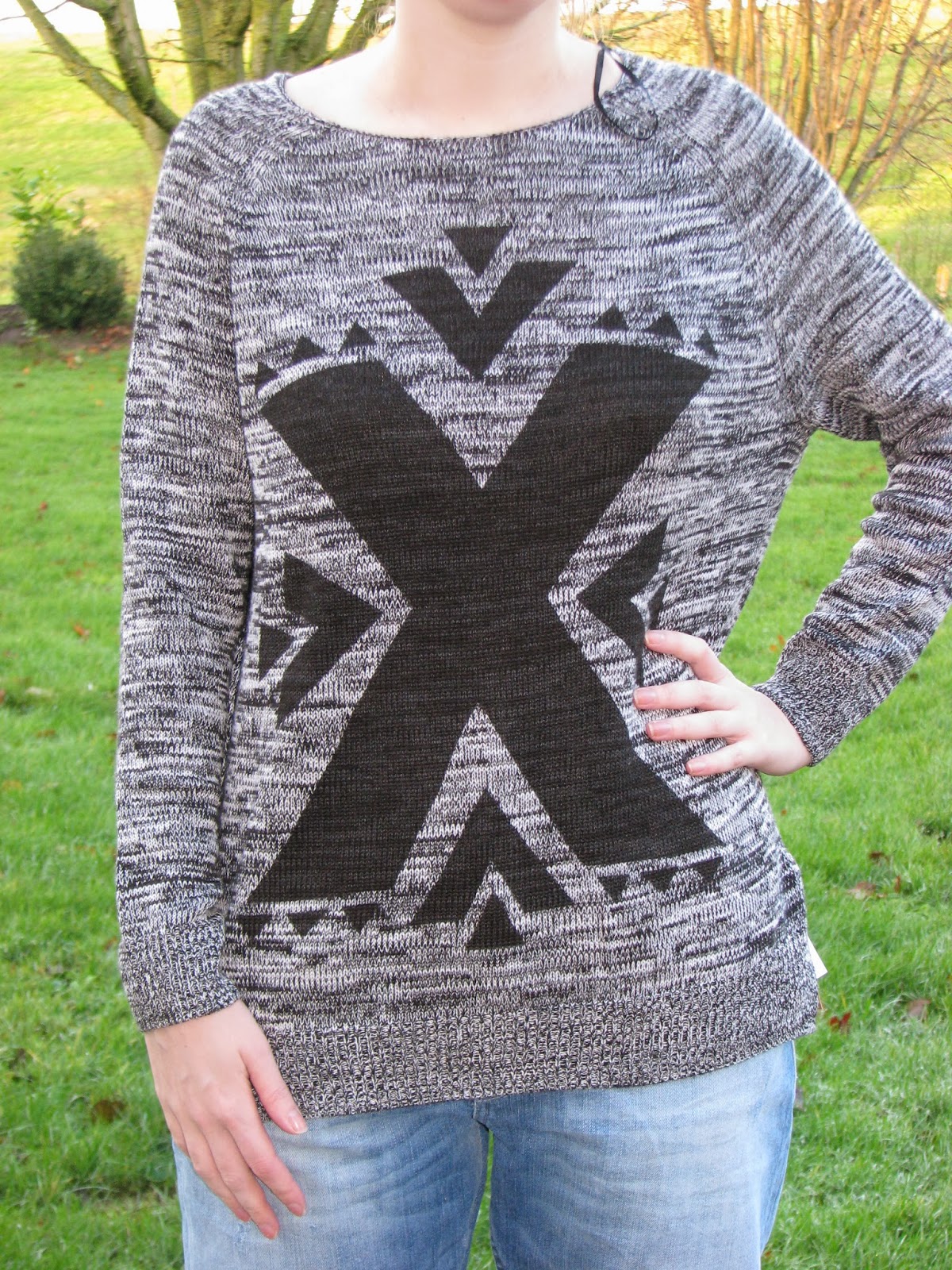 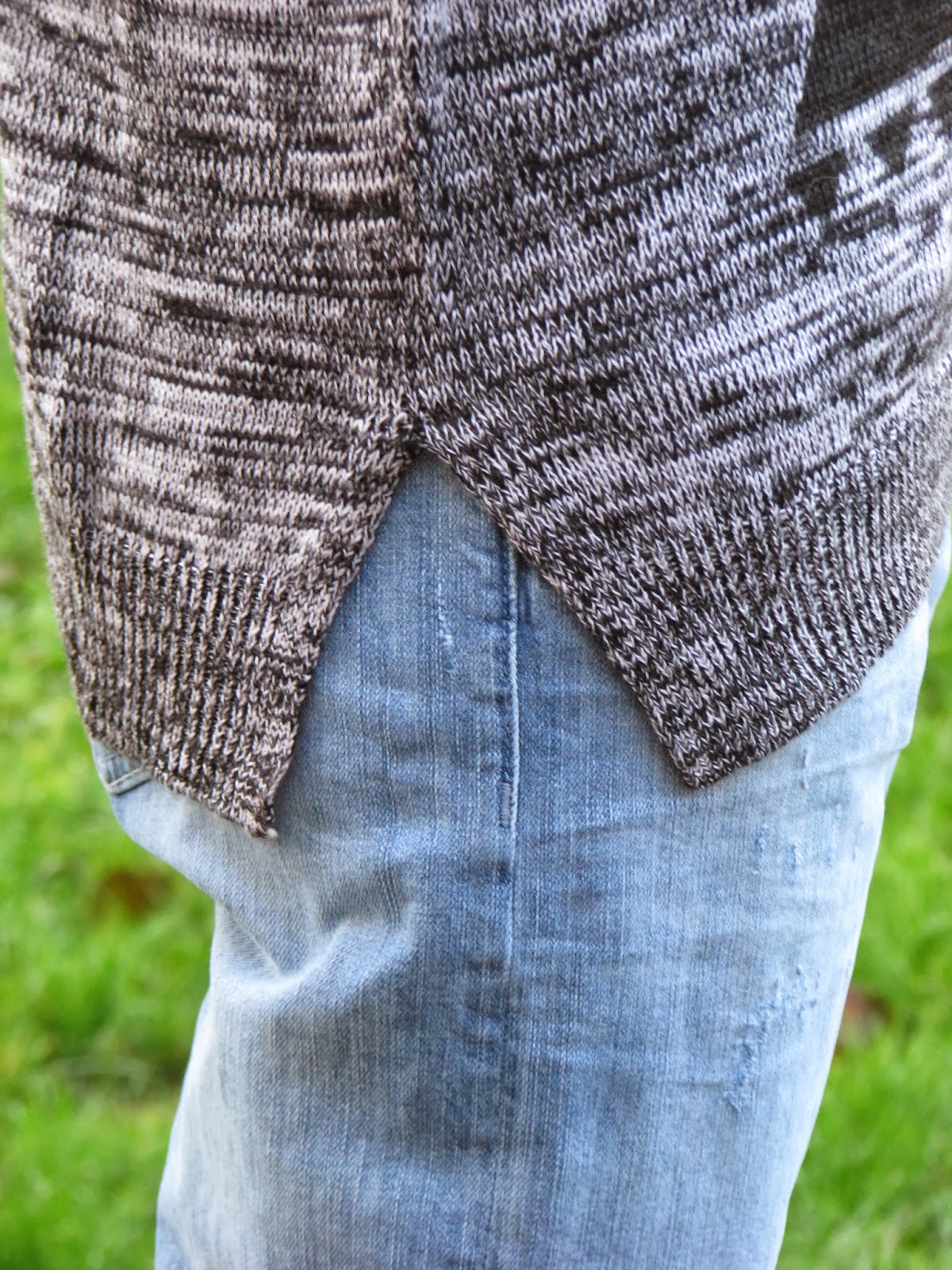 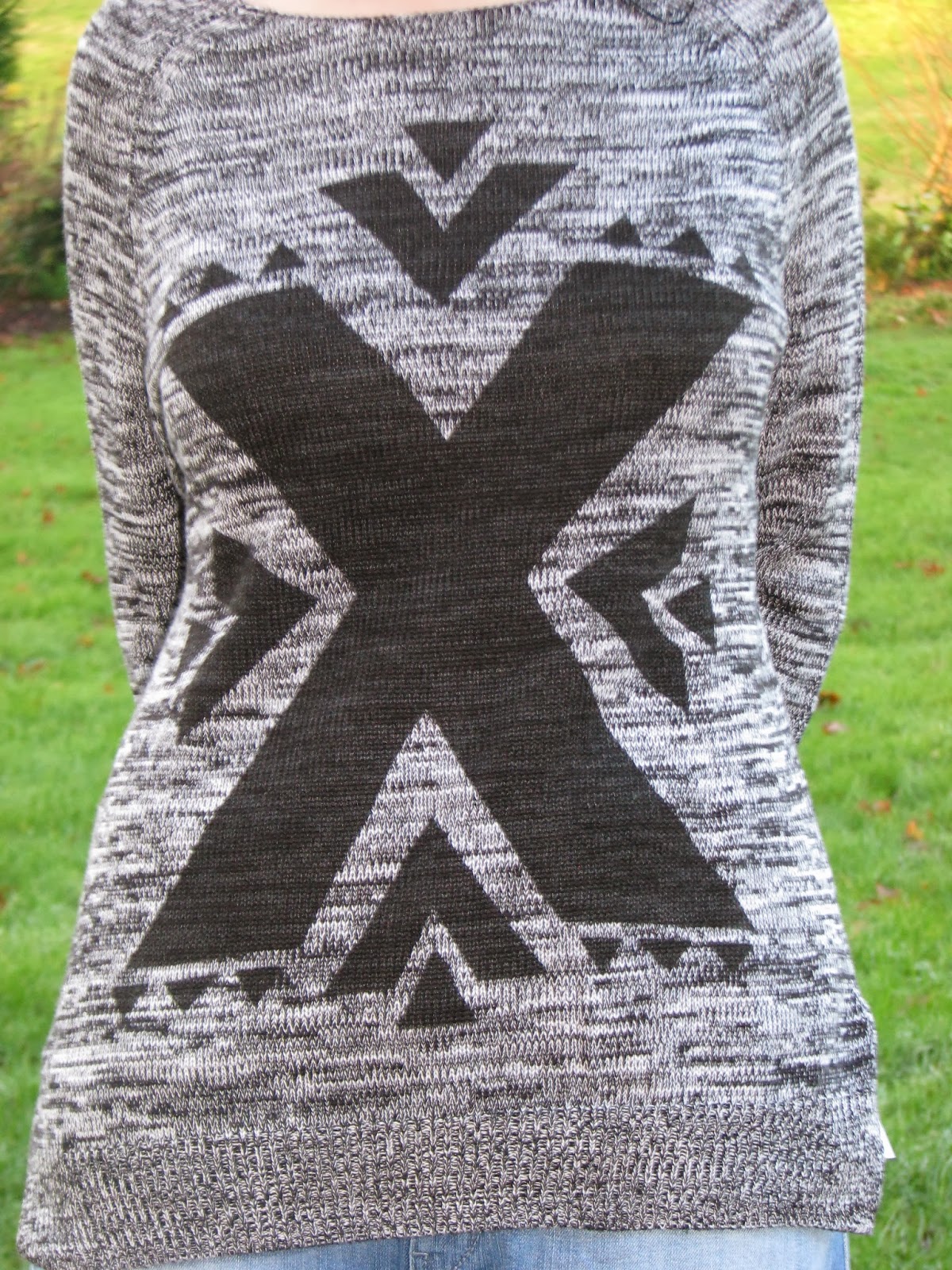 I ended up buying this sweater from H & M Divided. It was 24,95 euros. I wanted to buy it yesterday, but I didn't. But I regretted not buying it, so tadam! I also traded in my black skirt for a smaller size, so it's a little bit shorter ( I cheated though, since the skirt in the pictures from yesterday is the smaller sized one). My friend also forced me to try on a bunch of skirts and dresses for Christmas. I want to wear a dress or skirt with the Christmas dinner. I really liked fitting all the different skirts, I saw way too many cute ones and almost wanted to buy them all. Unfortunately I didn't take any pictures. 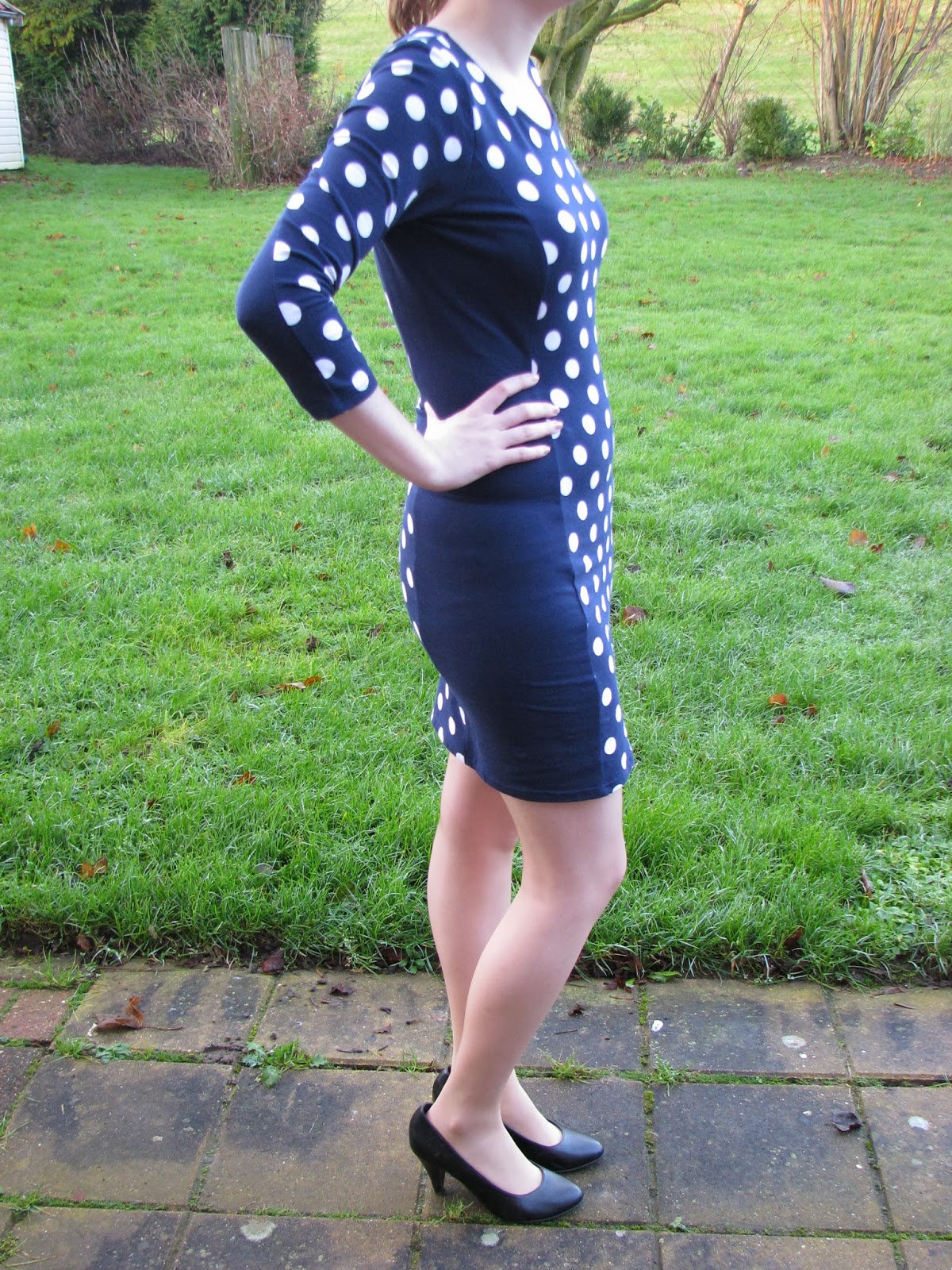 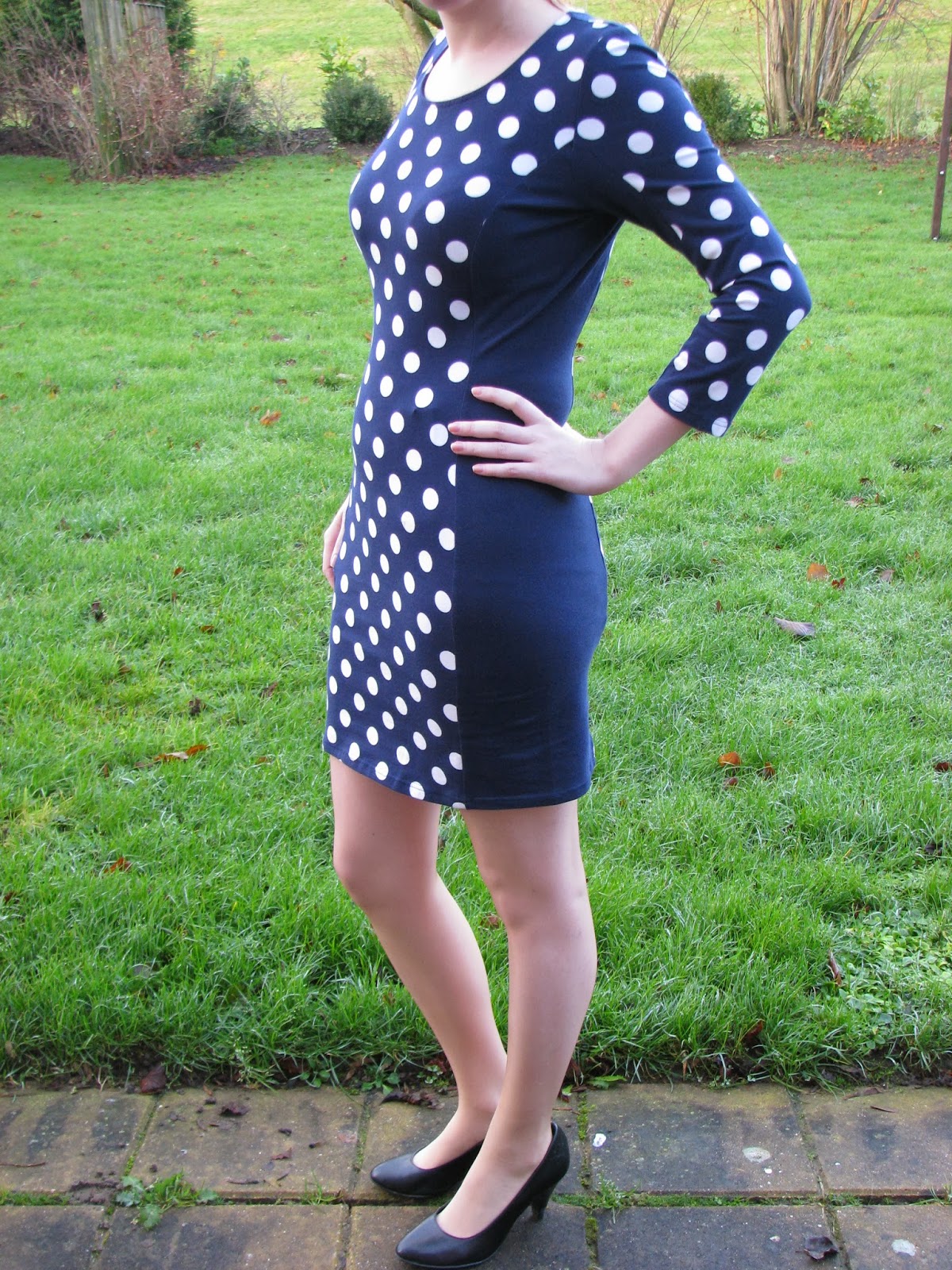 I also bought this cute blue polkadot dress which I wanted to buy yesterday. It might not be very Christmas like, but I really love it. Plus, I can wear this dress all year instead of just one day. It was 17,95 euros. I also bought a shapewear briefs. This might be TMI for some of you and some of you might think, wow you're really sharing everything. Well, I wanted to share this with you, because I sometimes am a bit self conscious about my belly. I would love to see it more flat, but than again I'm to lazy to do something about it. I'm not fat, I just have a very round belly. You might think shapewear is for older women but since H & M sells enough of these I think more women wear them than you think. I felt so much better wearing this dress while I'm wearing the shapewear briefs. Plus, H & M has really cute ones. So I don't have to be embarrassed.

I'm very happy with my purchases. Eindhoven was a definitely a succes but it's not nearby. It's almost two hours with the train. And traveling by train is very expensive in the Netherlands ( I can still travel for free during workdays because I'm still a student). But I would love to go again, it's a nice city with a very big shopping centre.
Author Unknown op 1:32 PM