Outfits of the week: Week 46

I had to work on school in my weekend. That is like the worst when you work five days a week. At least I didn't have to work at my other job. 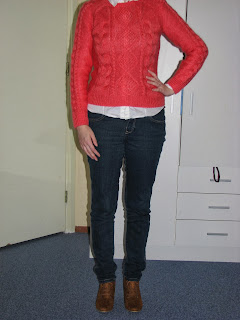 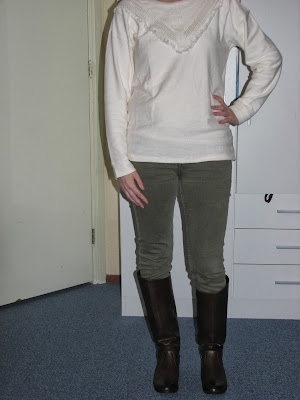 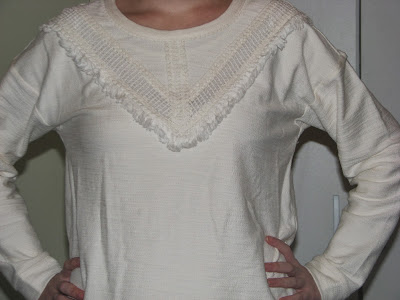 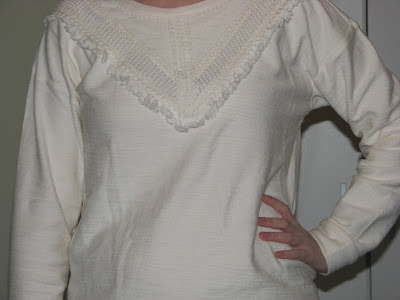 Last week on Sunday I wore one of the white sweaters I ordered on November 4. This week I wore the other one. I paired it with my green jeans and horse riding boots from the H & M. 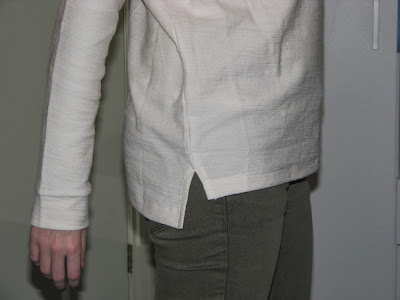 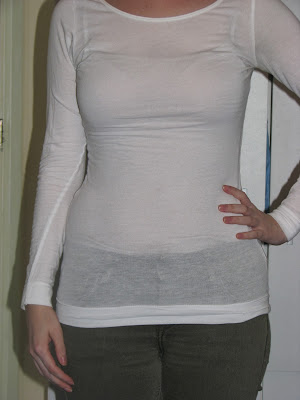 I wore this basic white top underneath, because it was too cold without it. 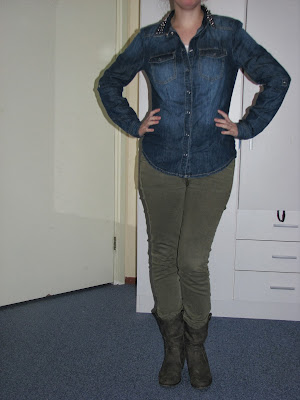 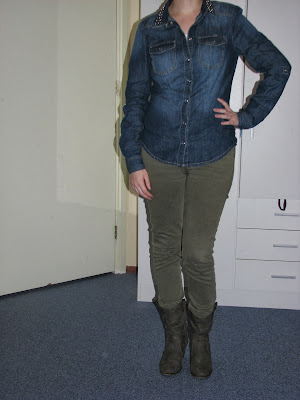 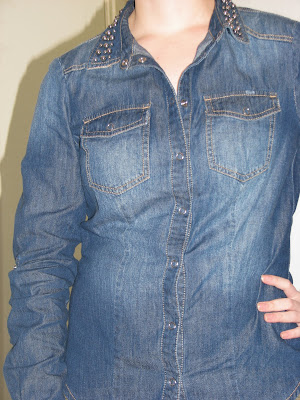 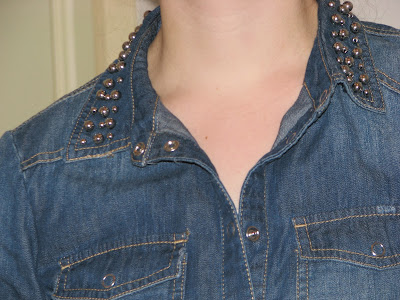 I realized I had worn all my blouses from the Vero Moda which I bought in August, expect for this one. So it was time to pull this one on. This is the dark version, I own the lighter version as well. Almost ten weeks (!) ago I wore the lighter one and I went for a more casual look. This time I wore the blouse with closed buttons. I'm wearing the same boots, the grey one from De Schoenenreus. I'm wearing my green jeans as well and instead of a T-shirt, I'm wearing a basic white top underneath. The same one I wore on Monday. 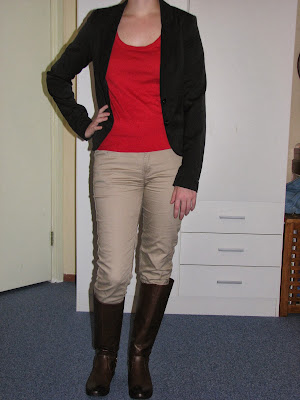 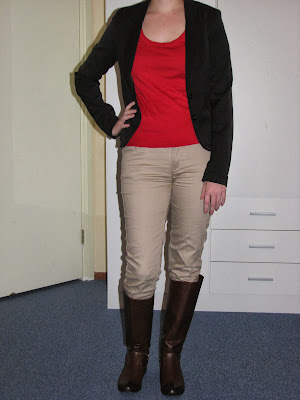 This outfit was perhaps a little bit too much. With the boots and the light pants, it really looks like I'm of to ride on my horse. Someone said to me he didn't want to pick a fight with me. And while I have a classic bitch face, he was talking about the outfit. The black blazer is from the H & M. Boots: H & M. 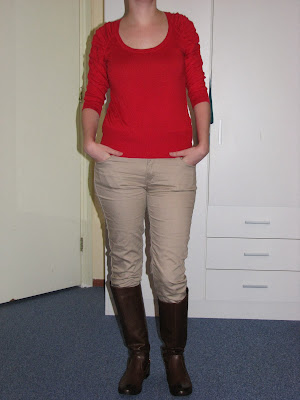 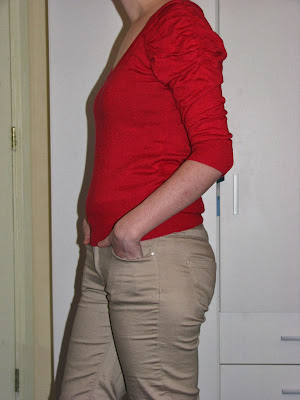 I bought these light jeans on January 31 at the Primark in Almere. 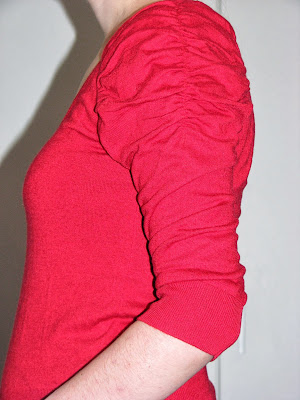 I believe this red top was from the H & M, but I'm not that sure anymore. Either way it was on sale and very cheap. Perhaps like 5 euros or something. I like the details of the top, but when I wanted to do it in the laundry I found a hole near my shoulders. Luckily I wore my blazer when I was at work, so it wasn't visible. But it's a shame, since I wore the top for the first time even though I bought it a long time ago (either this year or last year). 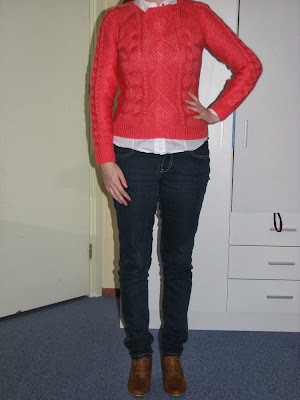 Again a preppy look! I wore my pink sweater from the H & M again, combined it with a white blouse so the sweater looks a bit more chich and suitable for the office. 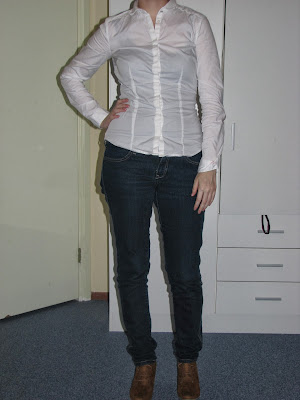 Jeans are old, H & M off course. I'm wearing a simple basic black top from the H & M underneath my white blouse. The shoes are from Van Haren. 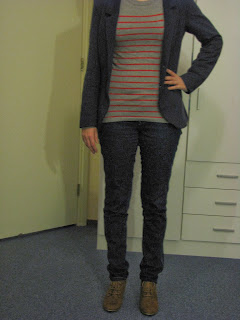 Sorry for these pictures! The flash was suddenly of and I realized that only after, when I was looking at the pictures. I'm wearing my dark blue blazer with patches and the jeans are old. Both are from the H & M. 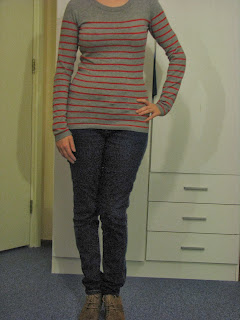 The sweater is from the C & A, super comfy though not super warm. But I wasn't cold, because the blazer is quite warm. Especially combined with the sweater. I bought the sweater last year I think, in my hometown. It was around 12 or 14 euros. Very cheap. 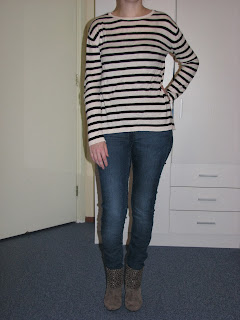 I was going out for drinks with a friend (a different one than last week haha!). The evening wasn't that great. We hadn't spoken in months and she was mostly complaining. I have enough stuff to deal with at the moment, so I was kinda disappointed. I expected something nicer than complaints the whole evening. Ah well, that's life. At least I looked great (haha). Very casual, but I wasn't in the mood to dress up. I wore my super stretch jeans and my sweater with stripes, both from the H & M. 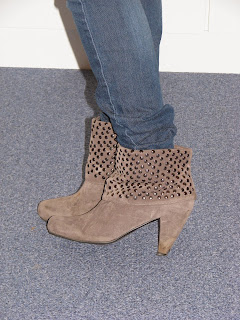 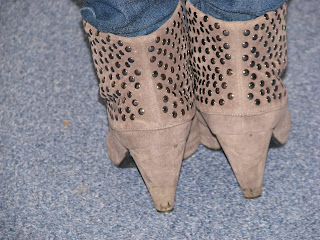 The grey ankle boots are from Van Haren. They are a couple years old and unfortunately it's starting to show. While not very visible when I'm walking, the fabric of the heels is peeling of. But I love the studs and the fabric. I'm gonna be very sad when I have to throw them away.
Author Unknown op 11:03 AM