I had no idea H & M delivered boxes. But when I saw this box when I came home, I swear, it was like an (very) early Christmas gift. In October I got a huge package as well, but that wasn't delivered in a box. This one was and it was so amazing! What was inside the package was even more fun! 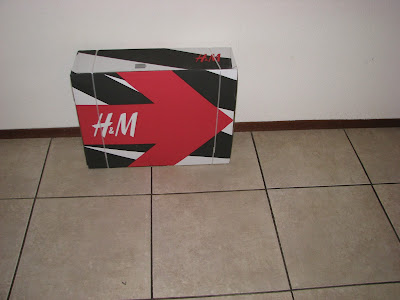 Look at this. It was really a huge box. But it were several orders wrapped in one, so it made sense. 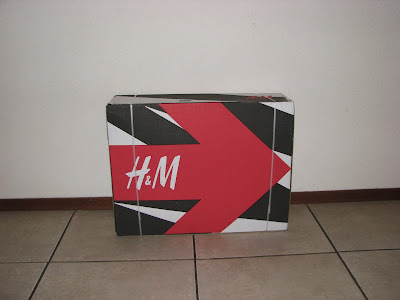 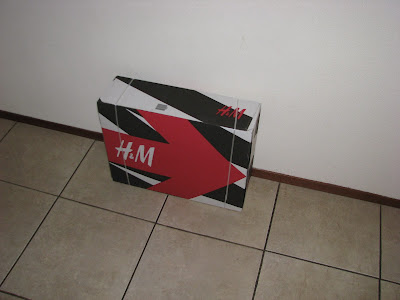 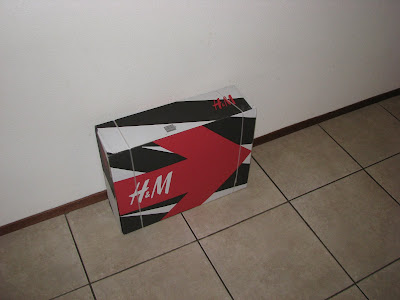 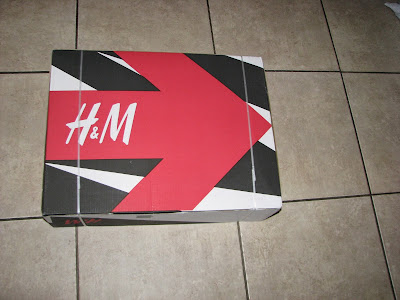 I mentioned before that H & M decided to combine my vest, scarf and several other things. This meant I had to wait until December, because the vest couldn't be delivered any time sooner. Though this week H & M apparently could deliver the vest earlier and thus the package. Naturally, I was pretty stoked. I was really curious about most of the things. 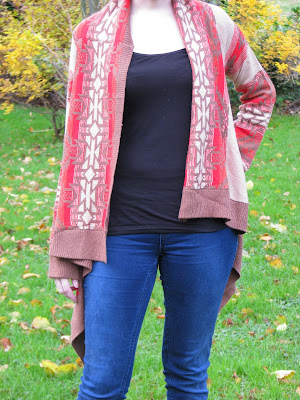 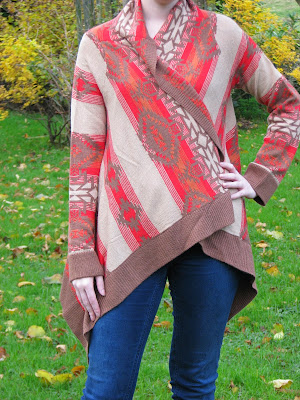 Lets start with the first thing I ordered: the vest. Definitely a keeper. I love the colors! It's not warm with just a top underneath, so I'll have to buy a simple black shirt (which I don't own at the moment, weird I know. It's a basic necessity!). 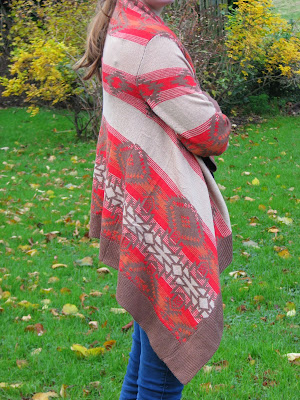 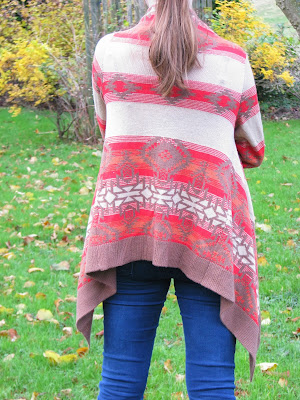 It's shorter at the back. Which I think gives a extra nice touch to the vest. It's really comfy and so pretty. So glad I ordered it, even though it wasn't that cheap. It was 39,95 euros and sold out all the time. Luckily, one day I finally was able to order it and I used some discount codes. I payed 29,86 euros and it's worth every euro in my opinion (let's just hope it stays like this after washing it). 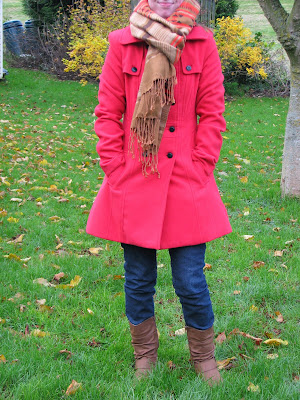 Look at that smile! My scarf was included in the package as well and the colors are wonderful. A great mix with the bright and brown colors. I think it works good with this coat as well. The scarf is really too BTW. Like, slightly ridiculously big. It's really warm for the winter, so perfect for the cold weather. But I can't really wear it under my coat. I prefer wearing scarfs under/in my coat but I guess I have to learn living with wearing this scarf over my coat. Because I'm keeping it!  The scarf was 14,95 euros. 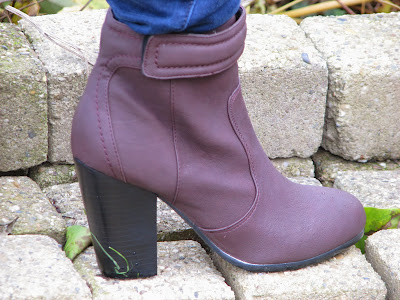 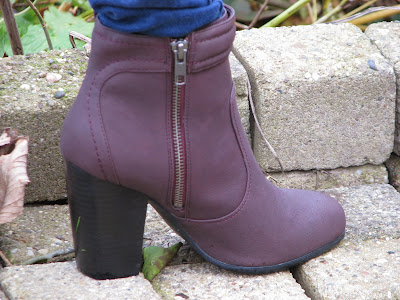 Great boots! These were 15 euros and I'm quite happy that these fit since I ordered them in black as well (my mom did exactly). So I don't have to return either of them. The heel is quite high but also quite big, so it's easy to walk. I like the color, not as bright as my other red heels, but still a nice color. I'm really into wearing high heels nowadays. Something I didn't do before, though I loved buying high heels. I just didn't like wearing them! But I most sit on my ass most of the day, so I don't notice that I'm wearing high heels. 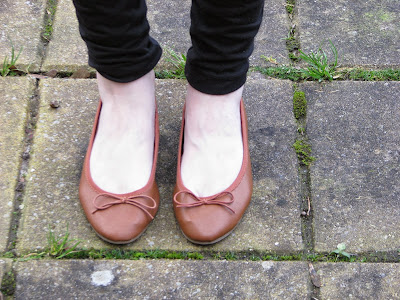 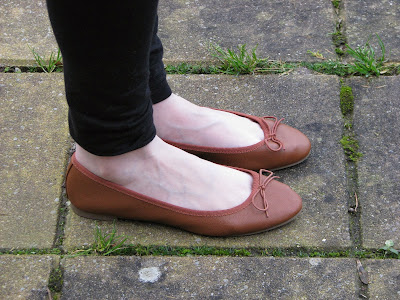 These are the flats I ordered for 5 euros. While really cute and a great color, it was like I was walking on the ground. Like, literally on the ground with my bare foot. The flats weren't made of great material (I didn't expect that for 5 euros though). Besides the shitty material, my toenails were visible. And I felt I was gonna poke through them after wearing the flats a couple of times. So these are going back. 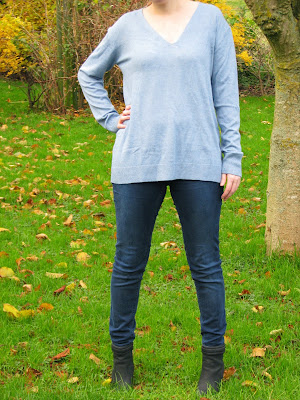 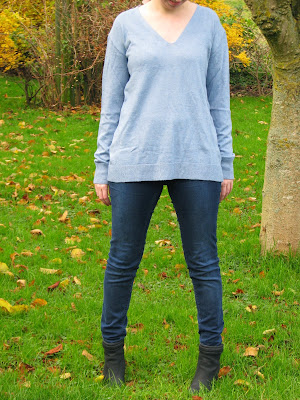 Quite a weird pose. On the pictures, the sweater doesn't look that bad, but it was really wide. I wanted to keep it, because the color was great. But it was so wide. I could've used it for camping. So I'm sending back. I'm not that surprised, I didn't expect the sweaters were suddenly fitted after trying a super sized one in Almere. 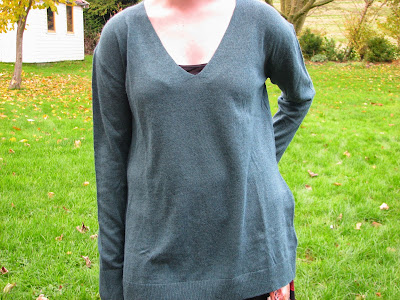 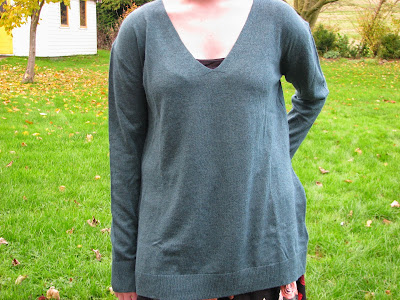 Same story. Both sweaters were 19,95 euros, but I bought both when they 50 % cheaper for a couple of days. 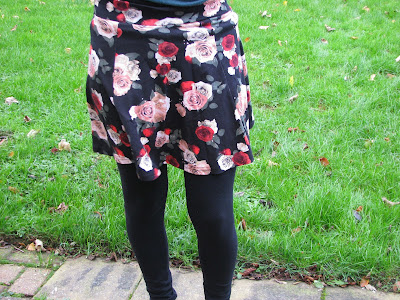 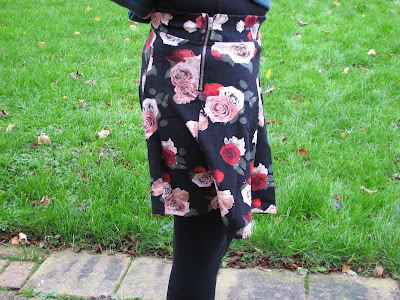 The skirt is definitely a keeper. It's shorter than I expected, but not that short. It's really cute with the flowers. It has a zipper as well, though the skirt is made from kind of stretch material so I don't need it. It was 14,95 euros, really cheap for such a cute skirt.It's gonna be the first time in years that I'm gonna wear a skirt. I'm already thinking what I should be wearing on top of the skirt. Do you have an idea?

I'm keeping the vest, the scarf, the boots and the skirt. I'm really happy with those and can't wait to wear them.
Author Unknown op 10:40 PM