Outfits of the week: Week 38

Ugh, I was so tired this week. And I felt a little bit sick on Friday and Saturday. I’m hoping it’s not the flue or something! Thank god I can look forward to Monday, when I’m going shopping in Utrecht! Well, I have to go to Utrecht, but I’m going shopping as well. 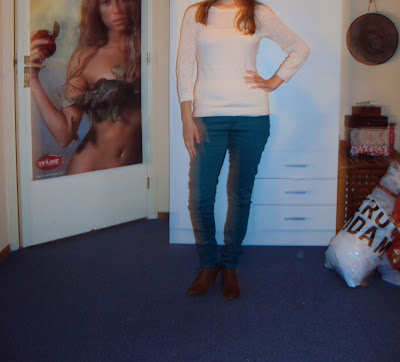 I wore my new sweater which I bought at the H & M (surprise, surprise!) in the Hague at August 20th. The picture is a little bit blurry, sorry for that BTW. 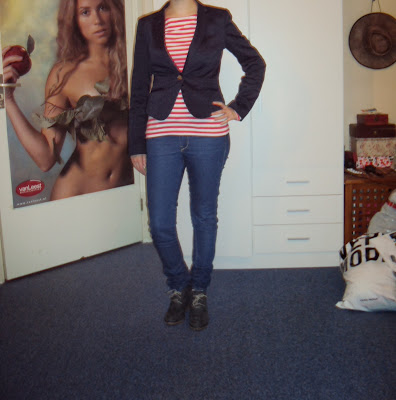 Again, Tuesday blazerday! Lol. I bought this dark blue blazer years ago, perhaps in 2006, at the H & M off course! This was like my second blazer I bought. I bought a cheaper looking black one at the C & A. 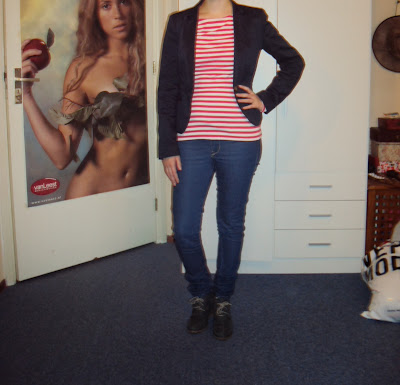 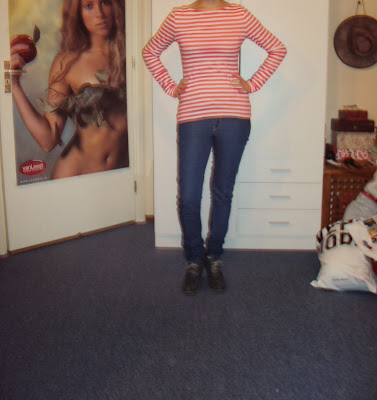 Another stripe top! Bought this a while ago. I think in June, when I was in Almere. It was only 5 euros, such a bargain! I tried this top before, in May or something when I was in Amsterdam with friends. I also wore my new jeans, so happy with them! I wore my blue wedgies from Van Haren again. 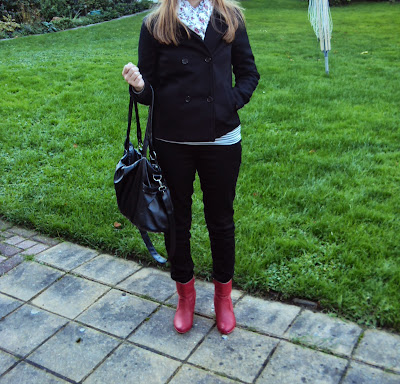 Can I just say I love this picture? Especially my face (which you guys can’t see) which looks so puffy and tired! Anyhow, I wore my new coat with my new scarf. And I’m showing my bag and I can’t remember where I bought it. I only use this bag, because I used to use more but always forgot a lot of stuff which I needed but then didn’t have on me because it was in my other bag! So I only use this one, a bit boring, but at least I don’t have the pull my shit in another bag everyday. 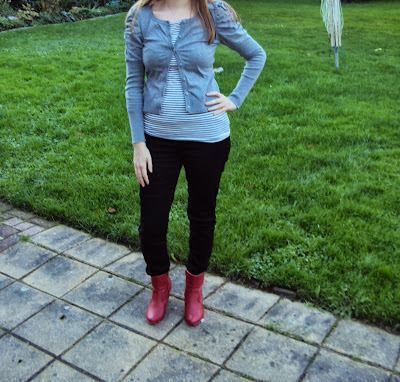 This vest is a couple of years old, a H & M off course! This was my favourite outfit (along with the top underneath) for a few years. I actually forgot I even owned the vest.I have to make a better picture of the details, the next time I’m wearing it (which I will!) because now you can’t see the details of the vest. It’s really cute and puffy at the shoulders. Promise, next time! 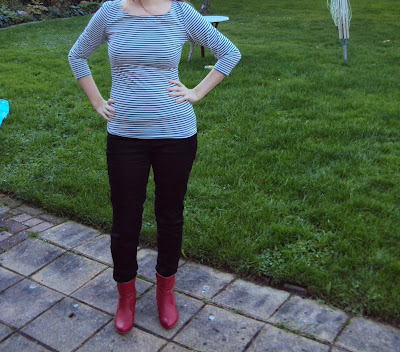 The top is from the H & M as well. It kinda makes me look huge without the vest. Also, it looks really dark outside! Blegh, winter is coming you guys! 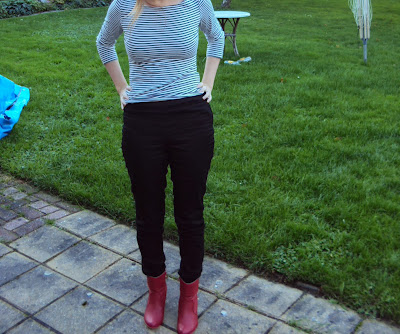 I wanted to show more details of the pants, since it doesn’t have a zipper on the front but on the side. Didn’t really work out I see. Better luck next time! 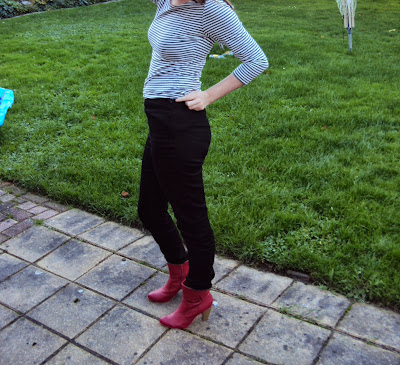 You still can’t see anything of the zipper, but hey you can see my wooden heels of my shoes! 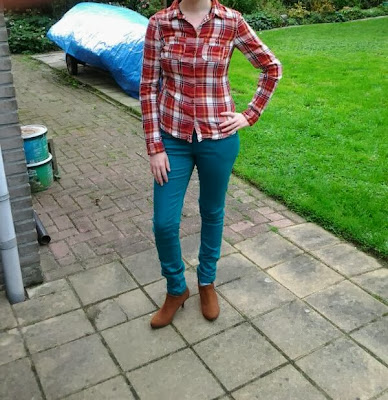 Thursday! Again, with the cute socks! LOL. Today I wore a red blouse from the C & A. I think I bought it last year. It’s such a darn shame I didn’t wrote down where I bought all my clothes and most importantly, when and the price! I do remember the price of the green pants, because the price tag was still on the pants. Oops! The pants was 19,95 euros at the C & A. The brown shoes were only 10 euros at Scapino. I bought them on the first of August in Kampen. I saw them before but they’re almost the same as my brown shoes from the Van Haren. They were like 20 euros, so still very cheap. But I thought: ‘you know I already have those brown shoes, so no, I’m not going to buy them’. However, 10 euros is so cheap! Not buying them would be a crime! I also bought brown boots on the same day, they were 10 euros as well! I still need to wear them, though! And my mom bought my the cutest amazing boat shoes, I love them so much! They were 19,95 at Van Haren. I already bought those two pair of shoes and while I instantly loved the boat shoes (which are also brown, lol) I reminded myself I just bought two pair. So my mom was nice enough to pay for the shoes and gave them to me! My mom is totally awesome! 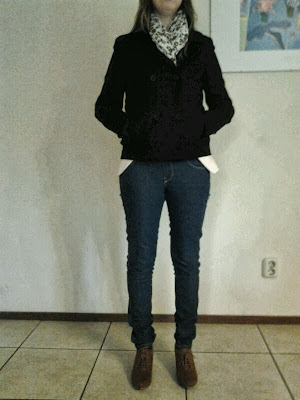 Hello double chin! Sorry, I’ll stop now. I wore my new coat and scarf matched with my new jeans which I wore on Tuesday. 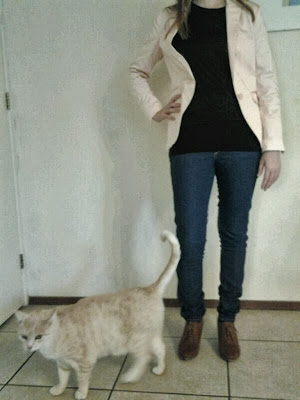 Moschino! This cute fat kitty is from my oldest sister, he’s called Moschino, after the designer. She loves fashion as much as I do. I wore a light pink/salmon blazer from the Concious collection from H & M. This blazer is so amazing, it looks so chic! 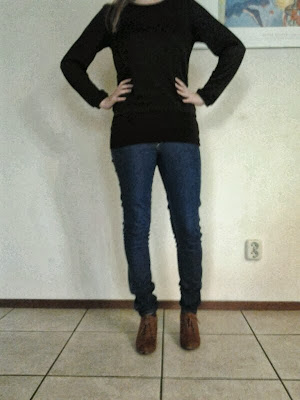 You can’t really see it, but I’m wearing the black version of this sweater which I wore last week on Wednesday. This one was 7 euros as well at the H & M. I think I bought both of them at the same time. That was all, see ya next week!